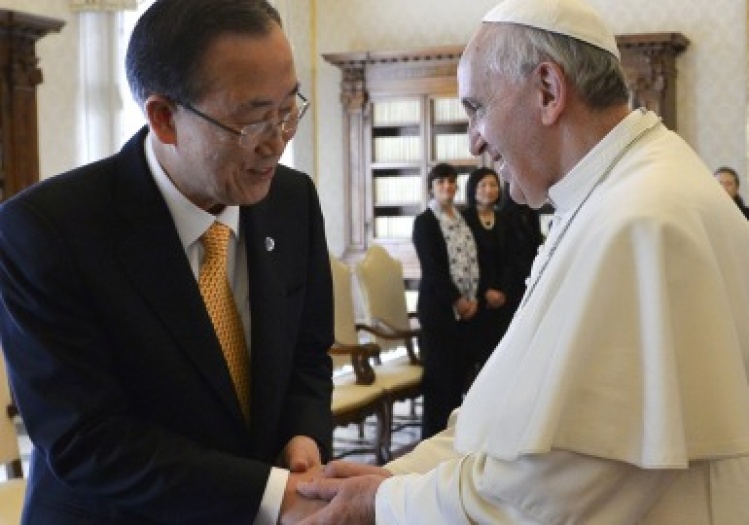 Earlier this month, the United Nations committee that monitors compliance with the Convention on the Rights of the Child issued a stinging report criticizing the Vatican for its handling of the sexual-abuse crisis. The committee accused the Holy See of “systematically” placing the reputation of the church ahead of the welfare of children, and adopting “policies and practices which have led to the continuation of the abuse by, and the impunity of, the perpetrators.” In addition the report made several important recommendations the Holy See would do well to heed. But the UN committee weakened its case by weighing in on doctrinal matters unrelated to abuse. The committee’s scattershot approach has united critics across the ideological spectrum in criticizing the report as counterproductive, if not worse.

The committee’s first mistake is that it treats the Holy See like any other signer of the Convention on the Rights of the Child, which contains fifty-four articles covering a range of issues. Wherever the committee sees that a signer is failing to abide by the convention, it makes recommendations to bring them into compliance. For example, the report recommends that the church provide “family planning, reproductive health, as well as adequate counselling and social support, to prevent unplanned pregnancies.” And it asks the church to review canon law “with a view to identifying circumstances under which access to abortion services can be permitted.” Even though the committee refers to the Holy See’s “special nature,” it seems not to grasp that Catholic canon law is not just an administrative tool; it is informed by deeply held religious beliefs. In some cases, changing canon laws would require changing Catholic doctrine, a fact the UN seems not to appreciate.

It’s strange enough for a UN committee to make doctrinal recommendations to a religious organization. But it’s even more puzzling that the committee seems to forget that the Vatican has never hidden its objections to certain aspects of the convention. When the Holy See signed the treaty in 1989, it stated its reservations about provisions that don’t conform to Catholic teaching. The Holy See explicitly warned that the only family planning it would promote was natural family planning. Several other signatories registered similar reservations—including Islamic countries that promised to ignore parts of the treaty they deemed contradictory to Sharia law.

Even when the committee offers sound suggestions, it shows little interest in context. The report asks the Vatican to establish “clear rules, mechanisms and procedures for the mandatory reporting of all suspected cases of child sexual abuse and exploitation to law enforcement authorities.” That’s a good idea. But the UN committee fails to acknowledge that not all countries have trustworthy law-enforcement agencies. That’s one reason some dioceses—in Africa, for example—have not implemented mandatory-reporting rules. Shouldn’t a UN committee show some awareness of that?

Vatican spokesman Federico Lombardi, SJ, has highlighted the committee’s misunderstanding of the “specific nature of the Holy See.” He complained that the report failed to acknowledge the Vatican’s ongoing efforts to address the sexual-abuse scandal. “Few other organizations or institutions, if any, have done as much,” Lombardi wrote. In fact, the UN committee does “welcome” some of the those efforts—including the Holy See’s new Commission for the Protection of Minors and changes to Vatican City State law regarding the abuse of minors. And while Lombardi is correct in noting that the Catholic Church has lately gone to great lengths to address the crime of sexual abuse, Rome didn’t lead the charge. Bishops were shamed into action by victims of abuse and by the media.

The generally moderate tone of Lombardi’s response is to be welcomed, but it was a mistake for him to suggest that the report’s shortcomings are proof of anti-Catholic bias. Historically, that charge has too often been used by Rome to dismiss the gravity of the sexual-abuse crisis. Despite its flaws, the UN report contains legitimate criticisms that the Vatican needs to hear.

The sexual-abuse crisis is far from over. Pope Francis still hasn’t named the members of the sexual-abuse commission he created in December. With the Italian bishops recently refusing to adopt mandatory-reporting rules for their clergy, and some U.S. bishops still mishandling abuse claims with impunity, the pope’s commission has its work cut out for it. The UN report could have helped by reminding the entire church that reform is still needed. Because of the report’s obtuse recommendations concerning church doctrine, however, it is likely to strengthen the hand of those who think the sexual-abuse crisis has been overblown by enemies of the church. These hardliners are still looking for an excuse to keep things exactly as they are. The UN report’s lack of focus has unintentionally given them one.