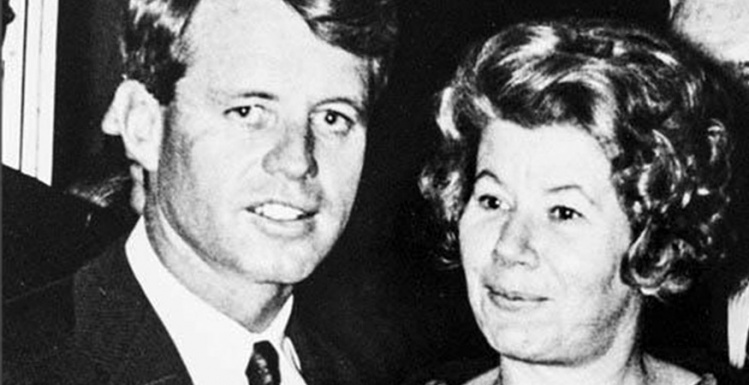 When Stephen Colbert addressed the White House Correspondents Association’s 2006 gala, he mocked the journalists in attendance by declaring that their job was to “type” whatever President George W. Bush’s press secretary told them. Such limited duty would give them time to “write that novel you’ve got kicking around your head,” he continued. “You know, the one about the intrepid Washington reporter with the courage to stand up to the administration. You know, fiction.”

I flashed back to that scene as I read John Norris’s new biography of the columnist Mary McGrory. She was an intrepid Washington reporter whose life story would have made for a lively autobiographical novel or maybe one of those breathless TV serials about power and politics inside the Beltway. But McGrory herself was too busy getting the inside line in Washington to write a novel or any other book.

Instead, she wrote more than eight thousand columns during a fifty-six-year career at the Washington Star and Washington Post, became the first woman to win the Pulitzer Prize for Commentary and notched a prominent spot on President Richard M. Nixon’s enemies list. She managed to be both a consummate insider—at times uncomfortably close to the politicians she covered—as well as an independent-minded analyst and gifted writer who zeroed in on the truth by finding human-interest details other reporters often missed.

Norris, an executive at the Center for American Progress, has written an engaging, carefully researched, and sympathetic account of the life of this Commonweal Catholic, as he says McGrory considered herself. Following her path into the corridors of power leads him to insights about the twelve presidential campaigns McGrory covered, the evolving role of women in politics and media, and journalism’s changing landscape.

Born in Boston in 1918, McGrory proudly identified as Irish Catholic. She rarely mentioned the German-American heritage on her mother’s side of the family—not all that surprising given that she grew up in a heavily Irish city between the two world wars. Her Catholic upbringing was reflected in the causes she championed as a columnist, in the volunteer work she did for decades at a home for unwed mothers, in her generous charitable donations, and in her views about sexuality, gambling, and abortion. (Norris describes her as a prolife Democrat, although she steered away from writing about abortion.)

McGrory walked onto the national stage after an editor at the Washington Star plucked her from the book-review department to cover the Army-McCarthy hearings in 1954. Her fresh observations of Sen. Joseph McCarthy, counsel Roy Cohn, and Army counsel Joseph Welch quickly won over readers. Of McCarthy, she once observed: “I had seen his likes all my life, at wakes, at weddings, at the junior prom. He was an Irish bully boy.”

McGrory “wrote about the foibles and hypocrisies of senators and presidents as comfortably—and as pointedly—as though she were sitting at the kitchen table gossiping about the neighbors,” Norris writes. “Her writing just felt different. Her powers of observation were superb.”

McCarthy fans flooded the paper with hate mail, but McGrory kept at it. A star was born. After the hearings, she went straight to work for the national desk, bypassing the usual stint covering local news, and before year’s end she had an offer from the famed Washington insider “Scotty” Reston to work for the New York Times. Reston is said to have botched the deal when he told McGrory she would have to handle the switchboard in the morning.

MCGRORY'S FLUIDLY written columns, which blended opinion with keen observations from on-the-scene reporting, stood out from the stodgier political reporting of the day. But, of course, she stood out all the more as a woman working at a high level in an all-male field. The book begins by recounting a conversation in which McGrory’s editor wanted to find out whether she had any plan to marry. Had it been the case, he said, he would not have promoted her from book reviewer to covering the big news of the day.

McGrory’s private life merged with her work. She was pretty, smart, and popular—if at times a bit imperious—a schmoozer who knew how to drink and host social events for Washington’s elite. According to Norris, she dated Jack Kennedy, went water-skiing with his brother Bobby, and was very close to Sen. Eugene McCarthy (also described as a Commonweal Catholic). She weathered the experience of having President Lyndon B. Johnson show up on short notice at her apartment, Secret Service agents in tow, with the intent to seduce her. (She rejected his charms.)

Norris includes some wonderful insider scenes. For example, when Kennedy secured the 1960 Democratic nomination for president after beating back a late effort for Adlai Stevenson, the two men left the convention in Los Angeles in the backseat of a Cadillac—with McGrory sitting between them. Stevenson commented on how tan Kennedy looked, and JFK responded that it came from sitting in the backseats of convertibles during the campaign. “I never would do that,” Stevenson replied. “It’s awful, the sun in your eyes, the dust, you can’t see for hours afterward.” It’s a sort of requiem for Stevenson, a brilliant man who was never quite enough of a politician to be elected president.

McGrory came out strongly against the war in Vietnam and, according to Norris, the tone of her columns grew sharper. Frustrated by the war, she sought a champion who would end it. She feuded with Bobby Kennedy when he balked at running for president in 1968 and recruited the man who was the love of her life, news executive Blair Clark, to manage Eugene McCarthy’s campaign. “By any measure of journalistic objectivity, Mary should have recused herself from covering the 1968 campaign,” writes Norris. Angry that RFK declined to enter the race even after the Viet Cong showed unexpected strength in the 1968 Tet offensive, McGrory telegrammed him: “St. Patrick did not drive all the snakes out of Ireland.”

She aided McCarthy’s campaign in her columns and with behind-the-scenes advice, angering her friends in the Kennedy family after RFK joined the race. (LBJ dropped out, unable to handle growing opposition to the war.) “Poor Mary. Two Irish Catholics seeking the Democratic nomination,” Kennedy advisor Ted Sorenson noted. Devastated after Kennedy was assassinated on the campaign trail, McGrory pushed for McCarthy’s unsuccessful candidacy all the more.

Norris quotes a variety of in-the-loop observers who, like, Ben Bradlee, thought McGrory was in love with McCarthy. Bradlee, like others, speculated about whether they had a romantic relationship. Nixon, who McGrory loved to hate, won the election, of course. McGrory wound up on the infamous enemies list drawn up by Nixon aide Charles Colson. Another aide, H. R. Haldeman, was later caught on the Watergate tapes saying that he wanted to give the journalists on the list—McGrory and Dan Schorr—“a little trouble.” Nixon responds: “Exactly. Pound these people.” That led to multiple tax audits. But McGrory pounded too: she won the Pulitzer Prize for her columns on the Watergate scandal. Publicly, McGrory made light of being on Nixon’s enemies list. But, according to a note Norris found in McGrory’s archives, she wasn’t so glib in private. “I often thought my phone was tapped,” she wrote. “I never allowed myself to think about how far they were prepared to go.”

In her later years, McGrory did not buy into the notion that political debate was more respectful in the past. When Tim Russert asked her on Meet the Press about such “good old days,” she responded, “Joe McCarthy you’re thinking of? Chuck Colson, perhaps?”

While McGrory blazed a path for women in journalism, Norris finds that she was ambivalent about feminism, in part because of advocates who “emphasized abortion and gung-ho careerism,” as he quotes her. For better or worse, McGrory’s writing anticipated journalism’s future: it was more personality-driven, colorful, and opinionated than the just-the-facts fare common in the news pages of metro dailies. Norris has a good sense for newsroom politics as he shows how editors, worried that her columns were too opinionated for the news pages, occasionally tried to force McGrory’s work to the op-ed pages. But she considered herself a reporter and fought to stay up front in the news section, where the action was.

By any measure, Mary McGrory had an extraordinary career. Norris has used the 184 boxes of records in her archive at the Library of Congress and interviews with many people who knew McGrory to write an enjoyable, well-grounded, readable biography of an important figure in American journalism.