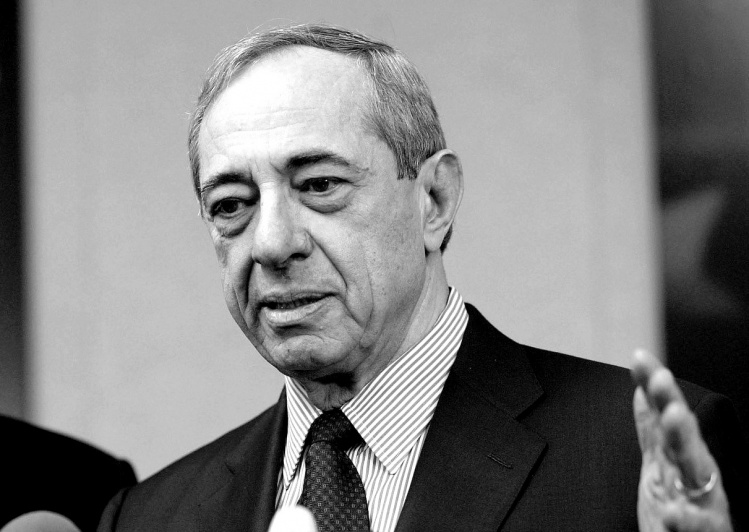 Former New York governor Mario Cuomo, who died January 1 at the age of eighty-two, was a reader and supporter of, and occasional contributor to, this magazine. Cuomo’s unwavering support for abortion rights set him at odds with Commonweal’s opposition to the Roe decision and the magazine’s advocacy of restrictions on access to the procedure, but his willingness to engage his critics and explain in some detail why he thought prohibition was not a realistic or prudent option set him apart from most prochoice Catholic politicians. So did his command of the church’s social teaching and tradition of moral reasoning, especially on the complex relationship between morality and the law. “I can offer you no final truths, complete and unchallengeable,” he said in his controversial speech on abortion at the University of Notre Dame in 1984. “But it’s possible this effort will provoke others—both in support and contradiction of my position—that will help all of us understand our differences and perhaps even discover some basic agreement.”

Such agreement may seem even further from our grasp today than it did thirty years ago, but that never stopped Mario Cuomo from making the effort. His example should compel us to do the same.

The son of Italian immigrants, Cuomo was an ardent and eloquent advocate for activist government in the liberal tradition of Franklin Roosevelt’s New Deal. As a three-term governor of New York, he often found his initiatives hamstrung by recession, Republican opposition, and the need to balance the state’s budget. During a period of rising crime, he bravely opposed the death penalty, vetoing any bill authorizing executions. At the same time, as he ruefully noted, his legacy included building more prisons than any governor in the state’s history. “You campaign in poetry. You govern in prose,” he famously remarked, and so he did. His achievements as governor were relatively modest. But the mark he left on the nation’s broader political debates, and especially the forthright way in which he defended the communitarian values he learned growing up as a poor kid in New York City, gave inspiration and hope to the millions of Americans who looked on with alarm at the Reagan Revolution and its progeny.

Cuomo made a name for himself nationally with a spellbinding speech at the Democratic Convention in 1984. In it he directly challenged President Ronald Reagan’s tax-cutting and military-spending policies. Contrasting Reagan’s “Social Darwinism” with the Democratic Party’s historical concern for the poor and the needy, Cuomo offered a forceful rebuttal to Reagan’s insistence that government was the problem rather than an indispensable part of the solution to the nation’s ills. “We believe in only the government we need,” Cuomo explained, “but we insist on all the government we need.”

Reagan’s landslide reelection seemed an emphatic rejection of the sort of liberalism Cuomo stood for. The rise of identity politics had shattered the New Deal coalition and ushered in an era of middle-class economic stagnation and increasing inequality. Neither party has a strategy for restoring either confidence in government or a measure of economic fairness and security for the average American. Cuomo twice flirted with running for president, but each time pulled back at the last moment. For this he was widely ridiculed as “Hamlet on the Hudson,” but perhaps he had a better feel for what was politically possible than either his supporters or his critics. He had gotten into politics mediating cases that pitted government infrastructure and low-income housing initiatives against the interests of skeptical working- and middle-class New Yorkers. As his relative success in that role demonstrated, he had a good feel for where compromise was possible and where it was not. Perhaps he intuited that his brand of liberalism was no longer tenable nationally.

Many argue that Cuomo’s political instincts, as well as his Catholic education, failed him when it came to abortion. His Notre Dame speech has been severely criticized for providing intellectual cover for Catholic politicians who claim they are personally opposed to abortion, but will not impose their views on others. The speech, though flawed, was more serious and nuanced than that. Cuomo was wrong to insist that the morality of abortion was a question of religious belief or dogma and hence could not be debated using the public moral reasoning available to believers and nonbelievers alike. He made a much stronger case for the moral legitimacy of his prudential judgment as a politician. Prohibiting access to abortion would not work, he argued. It would also undermine respect for law more generally, further polarize the American people, and make the task of reaching consensus on other political issues even more difficult. One does not have to agree with Cuomo’s judgment on that score—Commonweal did not—to recognize the seriousness with which he took the church’s teachings and the sincerity of his desire to discover some more basic agreement with those with whom he disagreed. Requiescat in pace.