The Conscience of Mario Cuomo 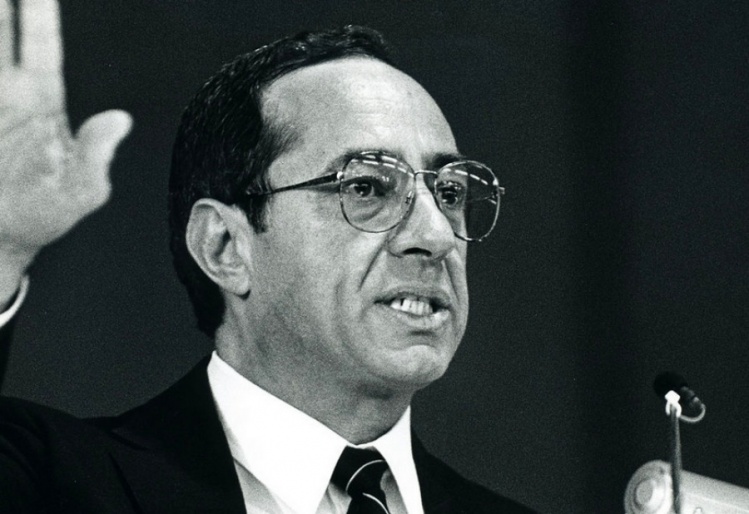 There will never be another politician like Mario Cuomo, a man shaped by a different age. Yet he taught lessons about racial reconciliation, the role of religion in politics, the purposes of politics itself and—oddly for a politician—humility that will always be fresh.

Cuomo, who died New Year’s Day, was brilliant and engaging but also irascible and terribly sensitive. He was tough and calculating but also, in a curious way, innocent. He was an Italian-American Catholic politician from the old neighborhood who refused to sand off all his rough edges. He sought to join his affection for the parochial with an aspiration to the universal.

To be friendly with him could be more challenging than being his enemy. One of my favorite Cuomo moments came during his difficult and ultimately unsuccessful 1994 effort to win a fourth term as governor of New York. Cuomo’s steadfast opposition to the death penalty was hurting him in his campaign against Republican George Pataki, so he suggested a referendum on the issue—as long as voters could support life without parole as an alternative.

Many said his proposal was politically motivated. I wrote a column arguing that while the election was surely on his mind, his approach was useful because many voters would be willing to abolish capital punishment as long as they knew that killers would be put away permanently.

The morning the column ran, I heard from a gruff and agitated Cuomo. “What do you mean I did it for political reasons?” he barked into the phone. Well, I said, it was hard to believe that the politics were irrelevant, and then asked: “But Governor, has anyone else written positively about this idea of yours?” To which he replied, “Of course not, that’s why I called you.” It was Cuomo’s novel way of saying thanks.

I confess that I identified with Cuomo from the time I first began covering him during his unsuccessful campaign for mayor of New York City in 1977. I liked that he was an unabashed liberal Catholic proud of his neighborhood roots. I also admired his determination to broker peace in a series of disputes where compromise seemed impossible between the city’s white ethnic working class and African-Americans.

He wasn’t even sure about the justice of the deals he arranged but he was certain that groups struggling to rise up should not be at each other’s throats. His personal formula spoke simultaneously to the political calling’s grandeur and its limits. “The purpose of government,” he liked to say, “is to make love real in a sinful world.”

His moving defense of liberalism in his keynote speech at the 1984 Democratic National Convention made millions yearn for him to run for president but, unlike a comparably powerful keynoter twenty years later, he disappointed them.

In another 1984 speech at Notre Dame, he defended Catholic politicians who opposed making abortion illegal, arguing that “to assure our freedom, we must allow others the same freedom, even if it occasionally produced conduct by them which we would hold to be sinful.”

He did not convince the bishops, but one thing he said might yet help us out of the cul-de-sac of abortion politics: He proposed reducing the incidence of abortion by providing “funds and opportunity for young women to bring their child to term” and by setting out to “teach our young men... their responsibilities in creating and caring for human life.”

I regret that we never got to see a dialogue between Cuomo and Pope Francis, ticket sales to which could have raised a mighty endowment for the Catholic Church’s worthy charitable work. And you wonder how the pope would react to Cuomo’s reference in the keynote to an adage that St. Francis of Assisi was the “world’s most sincere Democrat.”

Since one of Cuomo’s major legacies as governor was massive prison construction and since he drew when necessary on the strategies of another shrewd Italian thinker named Machiavelli, he never pretended to be St. Francis. But his sense of his own limitations may have been his greatest moral asset, even if it impeded his reach for the ultimate prize in American politics.

“I do desperately want to believe in something better than I am,” he once said. “If all there is is me in this society, then I’ve wasted an awful lot of time, because I’m not worth it.” But his time on earth was worth it, and I’ll miss him.

Lift Up Your Voices