Lord of the Leftover 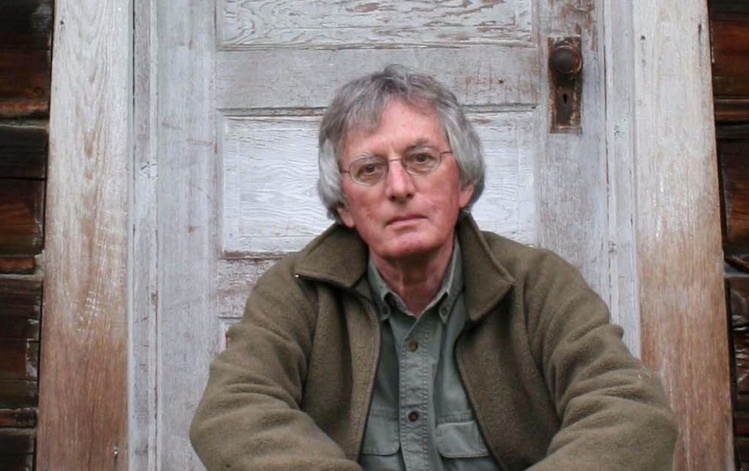 The poetry of Charles Wright achieves a rare feat: it’s high art disguised as plain speech. It’s a poetry that quietly contemplates a world beyond the self, the ordinary, and the daily, while somehow remaining immersed in all of those things. Oblivion Banjo, a generous selection drawn from his whole career, demonstrates Wright’s unswerving dedication both to questions of purpose and to his unique form of composition. Sadly, it may be his final statement; in a 2016 interview he told Lisa Russ Spaar that he has retired from writing.

From his early beginnings as a writer, Wright’s concerns have been nature, place, mortality, memory, history, and God. In fact, all his poems can be seen as part of a single lifelong project, one continuous sequence made up of other sequences (in a collection titled Appalachia, he began referring to his poems collectively as the “Appalachian Book of the Dead”).

His earliest books, Hard Freight and Bloodlines, show a writer at play in modes and forms that don’t often appear in his later work. “The New Poem” feels like an exercise: an attempt to define poetry that seems borrowed from an early modern tradition, perhaps Pound or Williams. (Wright served in the military and was stationed in Italy; his time there resonates through all his work—it’s where he discovered Pound.) Other early poems echo Whitman’s phrasing. Some offer personal narratives (“Virgo Descending”), which Wright mostly avoids in later work. “Tattoos” has twenty sections, and provides endnotes for each. Wright’s later work dispenses with notes and trusts the reader to deal with everything from Italian phrases to Chinese poetry. One uncharacteristic poem records Wright’s being molested by a school janitor in kindergarten. Wright is the last poet I’d expect to address such a subject; his poetry is so reliably lyrical that this confessional mode feels like an odd-sized shoe he’s trying on. He is customarily reflective about it, though: “And if that hand, like loosed lumber, fell / From grace, and stayed there? We give, / And we take it back. We give again…”

It isn’t that his poetry is impersonal—it’s just that it doesn’t usually rely on narrative, and Wright rarely says “I” because we’re already right there with him, sharing his perceptions. Images and reflections are juxtaposed in surprising ways, and the things of this world ignite questions, philosophies, and ideas. In China Trace, Wright begins for the first time to push his indented lines halfway across the page. In “Reunion,” he asserts “I write poems to untie myself, to do penance and disappear / Through the upper right-hand corner of things, to say grace.” The poems in this collection juxtapose the language of religion with the strangeness of the ordinary world. Wright’s Episcopal education, and especially the Book of Common Prayer, underlie his spiritual quest. “Give me a sign,” he pleads in “T’Ang Notebook” from The Other Side of the River; “show me the blessing pierced in my side.” But his faith is eclectic and unorthodox. In “A Journal of English Days,” from Zone Journals, he writes that “God is an abstract noun.” In the same poem, he invokes the Buddha and seems to inhabit his body. In Italy, Wright meditates so frequently on the Madonna that one might take him for a Catholic; he frequently uses reliquaries as similes. But Wright’s main concern is not so much with religion itself as with the divine. In “Ars Poetica II” from Appalachia, he writes, “God is the fire my feet are held to.”

Hundreds of years from now, Wright’s work will survive as a testament to the power of language to navigate and chart one complex soul.
sharetweet

Not that Wright is always high-toned and serious. Just as frequently his poems are weird and funny. Right after “GET RIGHT WITH GOD / JESUS IS COMING SOON” appears on the first page of The Other Side of the River, Wright tells a story so filthy that I can’t repeat it here. In Black Zodiac, the poet’s mortal body appears: “Something will get you, the doctor said, / don’t worry about that. / Melancholia’s got me, / Pains in the abdomen, pains down the left leg and crotch.” He’s as likely to talk about Milton Avery or Mark Rothko as Titian, finding something worthy in each. His hometown, Charlottesville, shows up a lot, as does Locust Avenue, the street where he lives. His late titles can be comic or bizarre: “Backyard Boogie Woogie,” “Sun-Saddled, Coke-Copping, Bad-Boozing Blues,” “Hasta la Vista Buckaroo,” “Dude.” Or they quote American music—Bob Dylan’s “I Shall Be Released,” Tom Waits’s “This World Is Not My Home, I’m Only Passing Through,” Townes van Zandt’s “Well, Roll on Buddy, Don’t You Roll Too Slow.”

Littlefoot, a book-length poem about his seventieth year, takes risks that the younger Wright avoided. The American music is still there, brief licks of the Rolling Stones or Patsy Cline’s “You Belong To Me,” but the songs that appear most in this book are hymns. “Precious memories, how they linger, / how they ever flood my soul,” quotes Wright, breaking the line and indenting it as if it were one of his own. Or he half-hears “Leaning on the Everlasting Arms”: “Leaning on Jesus, leaning on Jesus, / leaning on the everlasting love”—and follows it up with “That’s a tough lean, Hernando.” He rescues “a fugitive last verse” from Flatt and Scruggs’s “Reunion in Heaven”: “I am longing to look in the face of my Savior / And my loved ones who have gone, they are waiting for me.”

All this fervent feeling—no less clearly felt for its use of quotation—is balanced by mourning and doubt. Age makes Wright reflective, less sure of another world: “We’re not here a lot longer than we are here, for sure,” he writes in section 1. “I will go to my resting place / and will not be born again. / I am what is scattered and not gathered up” (section 2). Later, in section 23, he falters: “Lord of the sunlight, / Lord of the leftover, Lord of the yet-to-do, / Handle my heaven-lack, hold my hand.” Later still he calls the soil “our destination, / our Compostela. / We rub its rock for luck, and slip inside to get warm / As though, like our grandfathers before us, / we lie down in our own hearts.” In section 34 he asks, “Is there an emptiness we all share? / Before the end, I mean. / Heaven and earth depend on this clarity, / heaven and earth.” The book finishes—unbelievable! How does he get away with this?—with the entire text of the Carter Family song “Will You Miss Me When I’m Gone?” Perhaps Wright, a Southerner deeply familiar with old mountain music, sees this song as a birthright of sorts. And who are we to disagree?

Wright’s later books, Sestets and Caribou, go back to his earlier mode of reining in sentiment. Sestets represents a formal tightening, each poem really only six lines—but six Wright lines, with those stair-step indentations. In his final poem, he writes, “I tried to make a small hole in my life, something to slip through / to the other side,” and ends the poem with a question: “Whose darkness has closed our eyes?” It feels right that a poet whose work emerged out of early grief (his mother died at fifty-three, and she haunts all his books) has reached an acceptance of his own death, with his wonder still intact.

Oblivion Banjo is a major work of American poetry by a poet who draws the reader into the inner workings of his imagination as few others do. Hundreds of years from now, if American poetry is still being read, I believe that Wright’s work will survive as a testament to the power of language to navigate and chart one complex soul. As he says, early on, in “Chinese Journal,” from Zone Journals,

To find one word and use it correctly,

providing it is the right word,

Is more than enough.

An inch of music is an inch and a half of dust.

Susan L. Miller is the author of Communion of Saints: Poems (Paraclete Press). She teaches creative writing at Rutgers University and lives with her family in Brooklyn, New York.