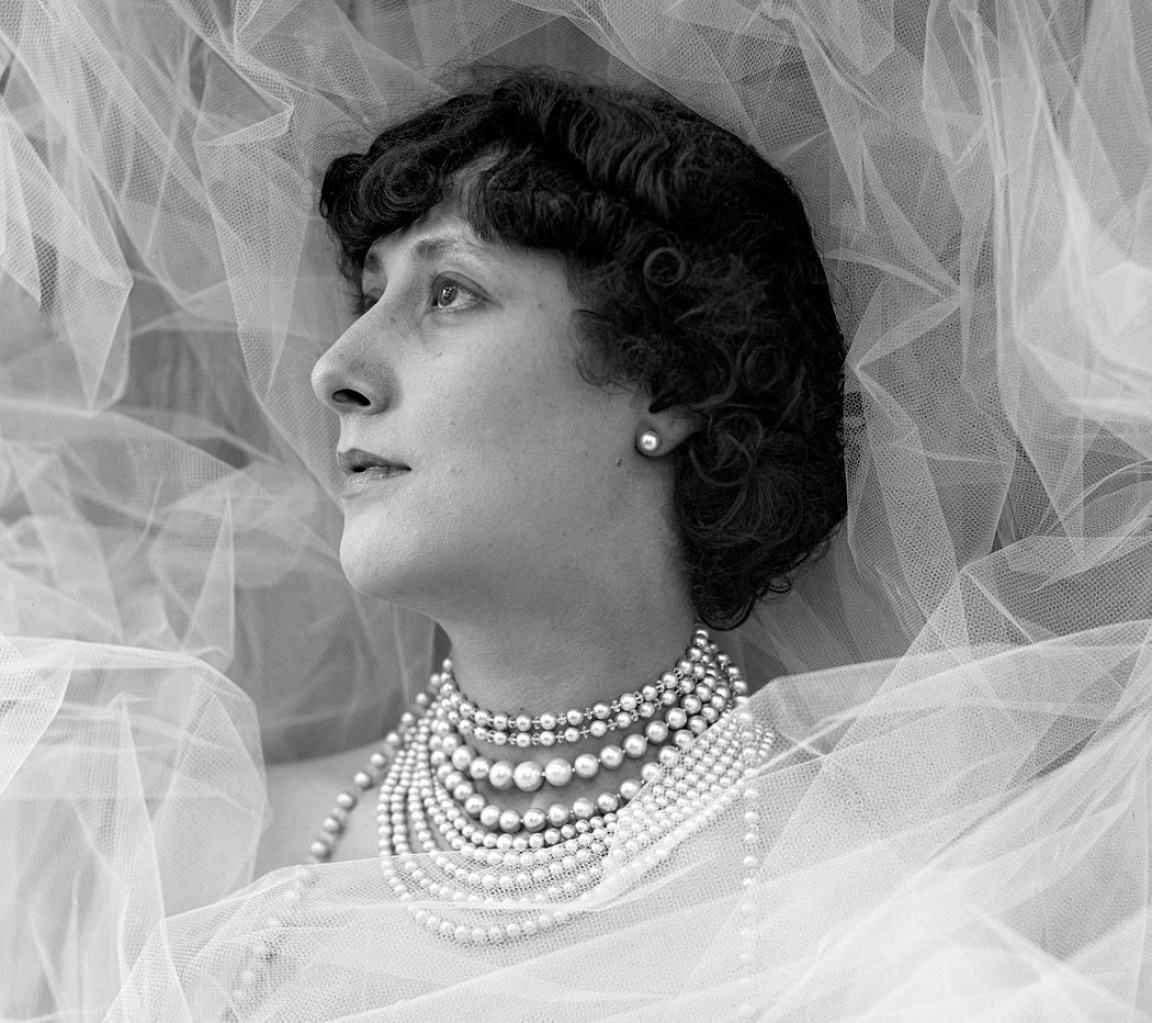 Liane de Pougy, in a get-up that is difficult to dislike (Paul Nadar)

My Blue Notebooks is the record of a French courtesan named Liane de Pougy—famous, among other reasons, for her bisexuality—who ended her life as a Dominican tertiary caring for disabled children. She keeps much the diary you would expect such a person to keep, moving from moments of piety to sapphic interludes to catalogs of possessions (“buried in dresses to the point of ruin!”) to regrets to scorekeeping, with a steep uptick in piety toward the end of her life. In short, very fun, if not particularly revelatory.

The passage in it that’s stuck for me, however, was this little entry that I pull up from time to time to reread on my phone:

August 15. Mary, Holy Virgin, I offer you this day. I hail you and I ask your forgiveness for everything within me which might offend you. I shall be tolerant, kind and gentle. I offer to you Max Jacob and André Germain, whom I do not like, but whom I shall try to like in your name, with all my compassion.

Admissions of actual dislike are not something I come across that often in spiritual writing (which, of course, My Blue Notebooks isn’t precisely). While I’m sure Henri Nouwen disliked plenty of people, he doesn’t exactly fill Return of the Prodigal Son with comments along those lines. Liane, on the other hand, simply says it straight out. Is it a little self-serving to get a dig in at the same time as practicing your piety? Maybe, but as prayers go, it mostly seems honest.

I don’t think that any observer who pays attention could fail to notice that most intra-Christian (let alone intra-Catholic) conversation, especially online, is indeed toxic—that it creates and sustains “networks of verbal violence,” as Pope Francis recently put it in Gaudete et exsultate: “even in Catholic media, limits can be overstepped, defamation and slander can become commonplace, and all ethical standards and respect for the good name of others can be abandoned.”

This passage is just about the only part of Gaudete et exsultate that I have read—largely because the moment other people read it, they began spreading it in isolation. Possibly the most beloved topic of people on the internet is how terrible it is to try to talk about anything on the internet. Which meant that the paragraph really circulated around as a kind of joke: What can you do? It’s the internet. It’s just going to be bad.

But like it or not, the internet—and Twitter and Facebook—are where a lot of writing and thinking happens these days. If you post an article (let’s say, this one) to Facebook, you are, at least implicitly, admitting you’re ready to discuss it, and often that discussion descends into a fight. Even those of us who don’t have a particularly large online “presence” still end up in situations where we want to talk through things that matter to us without, as the song goes, losing our religion. And to do this, as it turns out, is hard.

As a Christian who writes and thinks online, and also has a taste for argument, how best to conduct myself is something I think about often. The kind of advice that you’ll often get about how to deal with ugly online interactions is to log off and exit the whole scene as quickly as possible. I have a lot of sympathy for this advice, which is sometimes right, and sometimes advice that I’ve needed to heed. If your online life produces nothing but discord, it might be the right advice for you.

Being a good participant in a poisoned conversation requires more than self-protection.
sharetweet

But while individuals might benefit from logging off and deleting their accounts, “log off” can’t be a general rule, and I often feel like the advice to check out of hard conversations does more harm than good in the bigger picture. Arguments can be generative, and sometimes things are important enough that you need to fight them out even if it makes you feel worse. Getting out of the pool is good advice, but given that the pool exists and will always exist and a lot of us have to swim in it sometimes, it’s not the only advice.

At the same time, one wants to articulate principles of behavior that are weightier than niceness or civility or a general call that everybody needs to like each other or at least pretend to. An air of fair-mindedness, however well-intentioned, is disingenuous if you don’t actually think you’re dealing with honest interlocutors. While it’s easy to call out bad behaviors—outright lying and cruelty and so on—it’s harder to figure out good behaviors that aren’t really designed to make you look better than the opposition.

Ultimately, as Christians talking not only to other Christians, but to and before non-Christians, the question is how to disagree strongly in a Christian way, not a Christian-seeming way. Being a good participant in a poisoned conversation requires more than self-protection.

So back to Liane de Pougy. I think the admission she makes in her diary—that she just doesn’t like certain people and thus needs to offer her dislike of them as something in need of correction—is a valuable one, though probably not one most of us need to make public. If we realize that we are largely motivated by dislike of particular people, we can offer that up in prayer. If we think other people are habitually dishonest, we can pray for them. The more we dislike people or consider them bad actors, the greater the reasons we have to pray for them.

And prayer ultimately keeps all of these disagreements rooted where they belong: God.

The other reason Liane’s admission is so winning—to me, at any rate—is because it’s not proclaiming what she has to do in vague terms. She admits to having, if not precisely a fault, a problem; she doesn’t pray that the objects of her dislike become less awful, but says that she will strive to like them. Striving to like people might not always be the best thing to pray for, but there’s probably something about our own actions and how we treat others that bears examining.

In that sense, perhaps the best model for how to act actually does come from Francis—not from his exhortation itself, but from his recent apology to sexual abuse victims in Chile: “I acknowledge, and ask you to convey faithfully, that I have made grave errors in assessment and perception of the situation.”

This isn’t false humility or covering your tracks; it’s a genuine admission of wrongdoing. Speaking honestly, humbly, and charitably doesn’t start with others; it starts with you. So let it.