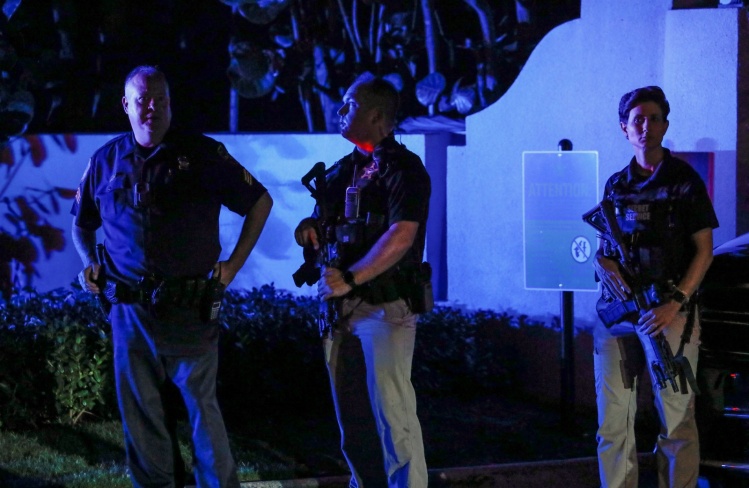 On the morning of August 8, while former president Donald Trump was away at an event in New York, FBI agents executed a federal search warrant at his residence at Mar-a-Lago. They left with more than a dozen boxes containing eleven sets of documents, four marked “top-secret,” the rest highly classified.

The precise content of the documents remains unknown. Some of them may pertain to Trump’s pardons of political operative Roger Stone and former national security advisor Michael Flynn. More ominously, a few of the documents are thought to contain information related to nuclear weapons. We’ll know more when the affidavit used to obtain the search warrant—showing probable cause for the crimes of obstruction of justice and the removal of documents, as well as violations of the Espionage Act—becomes public. For now, the unprecedented “raid,” authorized by Attorney General Merrick Garland, represents the Justice Department’s most serious effort to investigate Trump for potential crimes committed during his presidency.

Echoing the fury of the MAGA base, Republican leaders have reacted with predictable outrage. Trump himself led the charge, moaning about his “broken safe” while spewing misinformation about planted evidence, Barack Obama, and Joe Biden. Trump left it to others, like Florida Gov. Ron DeSantis, to mention Hillary Clinton’s use of a private email server: “Maybe someone here can remind me about when they did a search warrant at Hillary’s house in Chappaqua,” DeSantis mused at a campaign event in Arizona.

It is certain that if the Justice Department, yielding to GOP threats, decides to take a pass, it will undermine not only its own authority but the rule of law itself.
sharetweet

Other Republicans, like House Minority Leader Kevin McCarthy, went further, claiming that the FBI had reached “an intolerable state of weaponized politicization.” Such inflammatory rhetoric has already provoked violence. An Ohio man armed with an assault rifle and a nail gun attacked the FBI’s Cincinnati field office before being chased and killed by police. Meanwhile, Judge Bruce Reinhart, who authorized the search at Mar-a-Lago, has been the target of multiple threats.

For now it still seems unlikely that Trump’s mishandling of classified documents will result in an indictment. This is sure to disappoint many Democrats, who have been waiting for years to see Trump held accountable for his lawless behavior. What about the other ongoing investigations into Trump’s alleged malfeasance—in Congress, in Georgia, and in New York? It is still too soon to say, and there also remains the possibility that the Justice Department has turned up something much more serious than a mere mishandling of documents. In that case, Garland will have to decide whether to go after a former president whose supporters consider him the victim of a “witch hunt.” Some liberal commentators, such as Damon Linker, have urged caution, arguing that any eventual indictment and prosecution of Trump under a Democratic administration would likely result in unprecedented political violence and institutional breakdown. Better, Linker thinks, to defeat Trump again at the ballot box in 2024.

But other liberals, such as Michelle Goldberg and Jamelle Bouie, have persuasively argued that there would be an even greater risk in failing to prosecute Trump if the Justice Department determines that he has indeed committed a crime. Declining to charge Trump for fear of how his supporters might react would concede to him the one thing he’s always wanted: total impunity. It is indeed possible that enforcing the law in this case will lead to a kind of political violence the United States has not seen in decades. But it is certain that if the Justice Department, yielding to GOP threats, decides to take a pass, it will undermine not only its own authority but the rule of law itself. Trump—and Trumpism—will have won, whether or not he decides to run again.