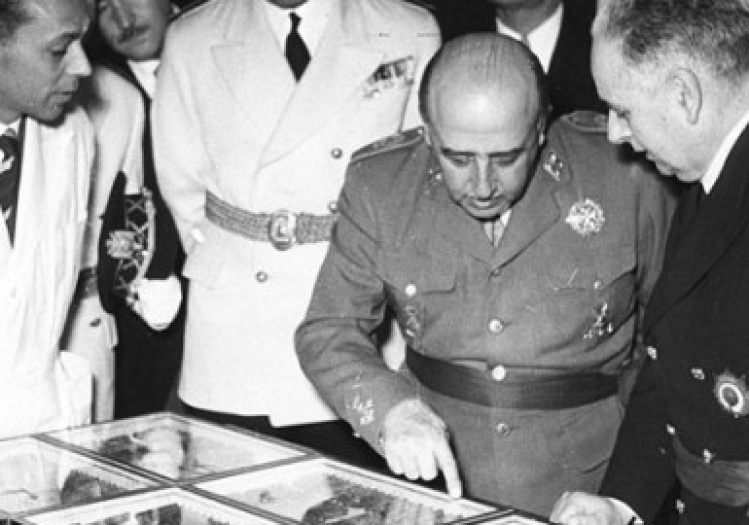 In February 1971, President Richard Nixon dispatched General Vernon Walters to pose a delicate question to Francisco Franco, who had ruled Spain since 1939. Walters, a gifted linguist and experienced soldier-diplomat, had accompanied Nixon on his official visit to Madrid the year before. This time he was supposed to ask Franco, seventy-eight years old and rumored to be ailing, what was going to happen after his death. Franco guessed Walters’s purpose immediately and assured him that plans for a smooth transition were in place. Prince Juan Carlos, whom he had carefully groomed to be his successor, would become king and ensure that there would not be a return to the political violence that had plagued Spanish public life throughout the first half of the twentieth century. Franco would be gone, but the regime that he had so carefully constructed would remain. America’s strategic interests in the western Mediterranean were secure.

Increasingly frail and out of touch, Franco lived another four years, finally succumbing to a combination of maladies in November 1975. As planned, Juan Carlos became king. However, contrary to what Franco had expected and desired, the young monarch presided over a relatively swift and remarkably peaceful transition to parliamentary democracy. Together with the similar and simultaneous establishment of democratic governments in Portugal and Greece, Spain’s transformation from dictatorship to democracy was a historic accomplishment, which was perhaps insufficiently noticed by Americans, who were distracted by the Nixon presidency’s dramatic disintegration and the Vietnam War’s final agonies.

The key to the peaceful transition in Spain—in fact an essential element in every nonviolent transfer of power—was the willingness of the potential winners not to take revenge on the losers. In order for Franco’s supporters to yield without a fight, they had to be confident that there would be nothing like the murderous bloodbath that had followed Franco’s own victory in the civil war. Inspiring this confidence was Juan Carlos’s major contribution: among his first acts were a series of decrees granting amnesty to the regime’s opponents; at the same time, he insisted that the interests of the armed forces (always the keystone of Franco’s power) would be protected. In October 1977, the first democratically elected parliament passed a comprehensive law granting amnesty to those who might have committed crimes for or against Franco’s government, in other words to both the winners and the losers of the civil war.

Amnesty, while a necessary lubricant of peaceful change, did not make the painful memories of the civil war and its aftermath go away. The victims of the regime—or, more often, their children and grandchildren—now demanded, if not revenge, then at least recognition. Long silenced, they wanted the facts about their suffering to be heard and acknowledged. Not surprisingly, they regarded the symbolic residues of Francoism, especially the thousands of statues and monuments that had been erected during his long reign, as provocative reminders of what they and their compatriots had endured. Franco’s victims found political support from those left-wing parties that saw themselves as the heirs of the country’s Republican tradition. In 2007, the Social Democratic government of José Luis Zapatero passed the “Law of Historical Memory,” which required local authorities to assist people who want information about what they or their relatives suffered and called for the removal of monuments from the Franco era that did not have redeeming historical or aesthetic value. None of this turned out to be easy and straightforward. Zapatero himself personifies the complexity of Spanish memory: one of his grandfathers, whose career he often cites, was killed by Franco’s supporters; the other, whom he rarely mentions, fought on Franco’s side.

Franco’s Crypt begins with the description of a literal attempt to uncover the past, the excavations in a cemetery near Málaga, where, between 1936 and 1955, more than four thousand people were summarily executed and buried in mass graves. Scattered throughout Spain are similar sites, where agents of the regime killed its opponents or, as often occurs in such violent times, those who just happened to be in the wrong place at the wrong time. Among them were the fifteen young women whose bodies were found in an oak forest near Ronda in 2008, killed for reasons nobody knows or cares to remember.

Franco’s own final resting place is as far away from these unmarked graves as one can possibly imagine. His tomb is near the altar of the basilica in the Valley of the Fallen, the immense shrine to those who died on the winning side that Franco constructed between 1940 and 1959 on three thousand acres not far from Madrid. The Valley of the Fallen is the largest and most problematic of Franco’s commemorative projects; it received a long section of its own in the 2007 “Law of Historical Memory.” For a time, the Zapatero government closed it to the public, but it was reopened by his conservative successor and remains the subject of an ongoing debate about how—or whether—it can be made into a shrine commemorating all the war’s victims. In addition to a long and sensitive description of this monumentally creepy site, Treglown provides accounts of several other memorials and monuments, including the great equestrian statue of Franco that once stood in the center of El Ferrol, his birthplace, before being moved to the relative obscurity of a nearby museum.

In his conclusion, Treglown suggests that now, almost four decades after Franco’s death, what the Spanish call musealización is underway everywhere; more and more relics of the past find their way into museums, where they can be both preserved and politically neutralized. An up-to-date example of this process is the popular Spanish video game “Shadows of War,” in which as many as fourteen players can refight the battles of the civil war. (“Remember,” the competitors are told, “Spain’s destiny is in your hands.”) Perhaps the most remarkable example of musealización is the phenomenally successful television series significantly titled Cuéntame cómo pasó (“Tell me how it was”), which is now in its fourteenth season. Cuéntame follows the complex lives of a middle-class family in a Madrid suburb from 1968, when the story begins, as they navigate the decline and fall of Franco and the creation of a new Spain. For those with some Spanish (and a great deal of time), all 253 episodes are available online (www.rtve.es/television/cuentame).

Somewhat uneasily coexisting with Treglown’s description of the changing role of historical memory is a more general survey of Spanish culture since 1936. As Treglown makes clear, the Franco regime was culturally richer and more productive than many people assume. Franco imposed limits on writers and filmmakers, but he did not completely stifle creativity. Films such as Luis Garcia Berlanga’s wistful 1952 comedy Bienvenido, Mister Marshall (Welcome, Mr. Marshall) and the novels of Camilo José Cela, who won the Nobel Prize in 1989, managed to convey a complex picture of Spanish society without provoking the wrath of the regime.

Jeremy Treglown is an accomplished editor and literary critic, who has published three splendid biographies, including the definitive study of the great (and now, alas, neglected) English man of letters V. S. Prichett. Treglown, following Prichett’s example, spends part of each year in Spain. He approaches his subject with the affectionate enthusiasm of an outsider—curious, well-informed, but not deeply entangled in the political struggles he describes with admirable evenhandedness. There are times, especially in the last third of the book, when Franco’s Crypt devolves into a series of plot summaries and rather routine capsule biographies. But at his best, Treglown raises some important questions about historical memory and introduces readers to a number of neglected writers and filmmakers. Those who want to know more about Spain’s troubled past and challenging present will find a great deal of useful and interesting material in this book.

Between 1936 and ’39, many contemporaries saw Spain as the place in which the century’s first great battle between democracy and fascism was being fought. “On that arid square, that fragment nipped off from hot Africa,” W. H. Auden wrote in his poem “Spain” in 1937, “Our fever’s menacing shapes are precise and alive.” In 2013, Spain, with its faltering economy, soaring unemployment (especially among young people), scandal-ridden government, and increasingly intense regional rivalries, once again seems like the place where the menacing shapes of Europe’s fevers are vividly apparent. European economic and political institutions might survive the collapse of Greece or Ireland or Portugal; it is not clear that they could survive the collapse of Spain. If Spain’s leaders and their European partners cannot find a way out of the current economic and political crisis, then the entire European project is at risk. The result will not be a return to the ideological struggles of the thirties, but it will be far different from the peaceful and prosperous Europe that Spaniards thought they would inhabit after the demise of Franco and his regime.

The Trouble with Henry