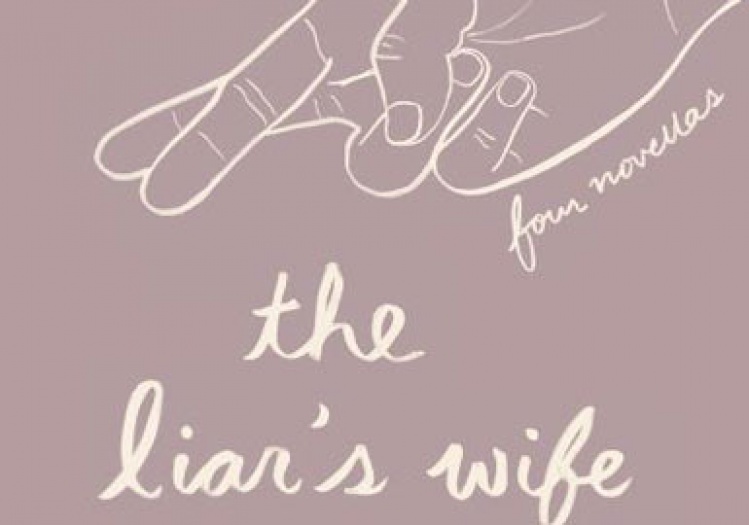 Can good ever come from evil, or truth from a lie? St. Augustine answered the first question in the affirmative nearly sixteen centuries ago, when he observed that although the fall of man had brought sin and death into the world, it also paved the way for Christ’s incarnation and redemption. From him we have the idea of the felix culpa, or “fortunate fall,” for “God judged it better to bring good out of evil than not to permit any evil to exist.” As for the second question, poets and fiction writers have long demonstrated how certain lies, by a kind of alchemy, can teach us the truth.

Mary Gordon comes to these questions rather late in her career—The Liar’s Wife is her fourth collection of short fiction; other books include six novels and three memoirs—but in doing so, she has produced some of her finest work yet. The first novella in particular, from which the collection takes its name, is a small masterpiece of the form, not least because it asks questions as difficult and enduring as the two above, and it doesn’t settle for pat or easy answers.

In order to understand exactly why "The Liar’s Wife" is such a triumph, it’s helpful to know that for decades the classic Mary Gordon protagonist has been a woman distinguished by her exceptional brilliance, beauty, and candor. Having never experienced ill health or any sort of major failure herself, this protagonist feels a mix of bewilderment and annoyance when others let such things stand in their way. Her unsparing honesty can make her insensitive at times, but she never regrets speaking her mind; it’s her prerogative, as an inherently superior person, to tell others the truth, no matter how painful. When Gordon takes this kind of protagonist at her own estimation, the result is a passage like this one, from The Company of Women (1980), presented without any discernible shame or irony on the part of character or author: “‘Domine, non sum dignus.’ She said the prayer but did not mean it. She believed she was worthy.” In all fairness, the standard Mary Gordon protagonist is also charming, funny, and in many ways much better company than I am making her out to be here. (Conveniently, she makes an appearance in this collection’s final novella, so readers may judge for themselves.) But this protagonist has traditionally not been a champion of the underdog, to say the least, nor has she ever felt much need for grace.

And so it is that “The Liar’s Wife” comes as a revelation. At first, we seem to be in familiar territory. Jocelyn Bernstein, seventy-two years old and retired, is relaxing at sunset in the house that she was raised in, in a wealthy Connecticut town. Her children are grown and successful; her husband, a lawyer, is intelligent and loving, although he happens to be at the couple’s other inherited summer home, on Nantucket, at this particular moment; an Upper East Side condo awaits their return. Signs of comfort and good taste abound, from an antique Sheraton dresser in the bedroom to the glass of pinot grigio that Jocelyn holds up to the dying light. Like previous Gordon protagonists, she recognizes in herself a strong “desire to hide from the signs of misery: from the Down syndrome cousin, fully adult and yet a child. A story in Life magazine about a girl in an iron lung. The sound of the word ‘refugee’ and images of piled bodies in concentration camps.” But unlike previous Gordon protagonists, Jocelyn, when forced to confront misery, is led to something approaching compassion and wisdom.

Misery comes in the form of her ex-husband, Johnny Shaughnessy, and his new girlfriend, Linnet. Their clothes are shabby, and their smiles reveal matching sets of bad dentures. Johnny and Linnet own zero houses to Jocelyn’s three, and have shown up on her doorstep in the hope of spending a night in a real bed, rather than in the Frito-Lay truck they drive for extra income. Their poverty embarrasses Jocelyn. Outwardly, she is an awkward host, fearful that her every well-intentioned action is an implicit rebuke of Linnet’s “Born to Be Wild” T-shirt, her “scorched” blond hair, and her occasional malapropisms. Inwardly, Jocelyn journeys a half-century back in time, to her whirlwind courtship with Johnny, the year they spent in his native Ireland, and the day she gave up on him and their marriage and left Dublin with no warning, only a note.

Ireland continues to haunt Jocelyn’s thoughts as they head to a nearby Italian restaurant, where Johnny and Linnet have arranged to sing for their supper—literally—as a traveling duo called Dixie and Dub. “On account of he’s from Dublin and I’m from Tennessee,” Linnet explains. “Oh, yes I see,” Jocelyn replies, suppressing an urge to tell Johnny, “You were better than that when I knew you.” When Johnny’s tendency to play fast and loose with the truth resurfaces—in the form of a tall tale about Jocelyn’s having left him for Mick Jagger in their youth, which prompts an amusingly awkward rendition of “Ruby Tuesday” by the owner and waitstaff in her honor—she is plunged into an old confusion. As an American in Ireland, Jocelyn had felt utterly lost in “a paradise of talk, a wilderness of talk,” where much was disguised in conversation and even more left unsaid, in order to meet standards of privacy and propriety that she couldn’t fathom and no one would explain. Her reminisces of this time abroad are lyrical and poignant, and among the very best passages in the book.

As Dixie and Dub take the stage at the end of the meal, a curious thing happens. Transfiguration is not too strong a word to describe the effect of their performance on everyone in the room, musicians and listeners alike. Jocelyn is shocked to see two flawed vessels—him with his easy lies, her with “that ruined hair, those disproportionate breasts”—become “clear and pure, light on water.” Eyes misting,

she felt suddenly smaller than the two of them with her safe life, her safe home, her safe marriage…. They had made something happen in this ugly room, with its turquoise faux leather benches and its plastic gondolas. They had given people something; whatever else was false, the tears were real, real tears. What was it they had given? Hope? Belief? A sense that we are not alone, that we will not be left, finally, unaccompanied.

For a moment, everyone is lifted up, including the reader, and a sense of transcendence lingers long after the last song.

As Gordon weaves skillfully through this double drama—internal and external, past and present—we share in Jocelyn’s growing amazement at the twists and turns and rich paradoxes of life: that beauty can sometimes take the unlikeliest of forms; that two people could part as young lovers and meet again happily as grandparents; that a Frito-Lay truck on an otherwise quiet, residential street might be all it took for someone to reconsider the meaning of the good life.

And that is the final level on which “The Liar’s Wife” succeeds, as an indictment of our national devotion to material prosperity and security above all else. When Jocelyn first spots the delivery truck, she imagines it to be filled with kidnappers and terrorists, and can already see in her mind’s eye a street strewn with severed limbs. Who hasn’t had similar thoughts in twenty-first-century America, whether in a high school after Columbine, on a plane after 9/11, or in a movie theater around the release of The Dark Knight Rises? In our insistence on security, comfort, convenience, and the bottom line, something vital has been lost. Gordon shows real courage in attempting both to diagnose our national malaise and to offer a solution, even if she is cagey about her source of inspiration. When Johnny tells Jocelyn that he has always loved life, “behind those words other words came to her, from where? The Bible? Some long-dead poet. Love casts out fear.”

Elsewhere in the book, Gordon’s use of Christianity is similarly unclear. Characters repeatedly profess their lack of interest in religion, their conviction that nothing awaits us after death, and their inability to love or believe in a God who abides human suffering. The second novella, for instance, centers on a young French woman whose older brother was born with cerebral palsy. “Any God who would have allowed the fate of Laurent’s body could only be a monster,” Genevieve fumes. What she fails to notice—and it’s not entirely clear, but I think Gordon might miss it too—is that Laurent is also a genius, and it appears to be the very combination of a sound mind in an unsound body that enables him to invent a device that can give voice to those with even profounder impairments. There is a strange way in which grace, even when it is in danger of being muffled or denied, keeps peeking through in this collection.

Which is not to say that all four novellas succeed equally. “Simone Weil in New York” charts Genevieve’s complex and shifting feelings toward her brother and her famous former lycée teacher, as she copes with new motherhood and worries about her American husband, who is off fighting in the Second World War. In “Thomas Mann in Gary, Indiana,” Billy Morton recalls being asked to introduce the German author at a high school assembly. Imagining historical figures in fiction is a tricky enterprise, and Gordon doesn’t quite pull it off. Too often her attempts to raise important philosophical concerns—as she does so well in “The Liar’s Wife”—come unmoored from the stories themselves, so that the reader feels he has unexpectedly stumbled into a series of mini-lectures on Weil and Mann. The last novella, “Fine Arts,” places a consummate Mary Gordon protagonist—young, beautiful, smart, and universally admired, even when she does some pretty awful things—at a present-day college campus, with semi-disastrous results. No student alive today would need to be reminded by a friend that e-mail is an alternative to making a dreaded phone call (“Theresa felt like a fool. Why hadn’t she thought of that?”). It’s a shame that Gordon didn’t have a better editor for rest of the book, because her fiction and her philosophy at their best are too good to be stitched together as hastily as they are here.

Ultimately, The Liar’s Wife succeeds on the strength of the title novella and at moments when it confirms François Mauriac’s claim that “only fiction does not lie,” that it alone “opens on the life of man a secret door, through which slips in, altogether unchecked, his unknown soul.”