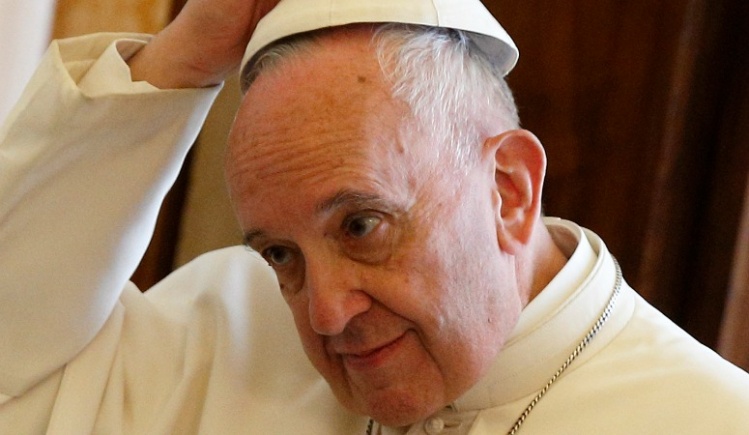 Pope Francis’s apostolic letter on marriage and the family, Amoris Laetitia, continues to unsettle some people. When the papal document was released nearly two months ago it immediately caused great concern and discomfort among doctrinal hardliners, including leading hierarchs like Cardinal Carlo Caffarra.

“Chapter 8 is, objectively, unclear,” the Archbishop-emeritus of Bologna recently reiterated in an interview published on an Italian Catholic website. For the cardinal, the lack of clarity concerns—especially—the extent to which divorced and remarried Catholics (and those living in other types of “irregular unions”) can be fully engaged in the Church, including the reception of the sacraments.

Francis has basically said there is no hard-and-fast rule for everyone. “The divorced who have entered a new union, for example, can find themselves in a variety of situations, which should not be pigeonholed or fit into overly rigid classifications leaving no room for a suitable personal and pastoral discernment,” Francis writes in Amoris Laetitia.

This “case by case” approach has not only rattled the so-called doctrinal conservatives or Church traditionalists. Some self-declared “Vatican II Catholics” have also voiced displeasure, saying that this formula risks causing confusion among believers.

One of them is Aldo Maria Valli, an Italian Catholic journalist who is considered close to the thinking and style of the late Cardinal Carlo Maria Martini SJ. This week he wrote an open letter confessing that he was perplexed by the “case by case” logic Pope Francis employs throughout Amoris Laetitia.

“Our faith is characterized by ‘both-and’, not ‘either-or’,” he said. But he then claimed the pope has gone beyond that and is saying, "'Yes, but also no. No, but also yes.’" For example: Yes, the Church forbids divorced and remarried Catholics from receiving communion. But, also, no. It does not apply in some cases.

Valli says this “but also” logic is different from the “both-and” formula in that it is a utilitarian shortcut that tosses aside truth in complex situations. “And here’s what is wrong,” he says. “The Church of ‘but also’ precisely embraces the logic of the world, not that of the Gospel of Jesus. And in fact it is applauded by the world. But we know that this is not a good sign. The Christian that lives his or her faith coherently is persecuted by the world, not applauded by it,” he pointed out.

Is Valli right? Is Pope Francis basically a relativist?

Italian theologian, Andrea Grillo, took up the question. He expressed understanding for Valli’s perplexity and honesty, but then he basically said the journalist was an example of Catholics—of all stripes—who continue to think too much in black and white categories. These include those Catholics who rightly reject “either-or” thinking, but still fail to see how inevitably complicated the “both-and” logic really is.

Admittedly, I have offered only a simplified snippet of a much more nuanced and articulated discussion between these two respected Italian Catholics. But I would only add that in Amoris Laetitia and in all of his writings and talks, Pope Francis has been prodding us to take greater personal responsibility for the way we live the Christian life.

He wants us to become adult, mature and responsible Catholics. In a world where life is complicated and the temptation is to seek black and white solutions, it is probably one of the greatest challenges of Christian discipleship.

Sad to say, but it could be argued that the Catholics who have been most reluctant in welcoming and cooperating with Pope Francis’s attempts to ignite an evangelically based “pastoral” reform and renewal of the Church are mostly found among the clergy.

Many of the bishops, including (maybe even especially) those in the United States, have been nothing less than flat-footed in implementing changes the pope calls for in his blueprint document, Evangelii Gaudium.

How many of them, for example, have taken to heart his belief that bishops should not always be leading and telling their people what to do, but should be willing to also “walk after them, helping those who lag behind and—above all—allowing the flock to strike out on new paths?”

How many have strived “to make ordinary pastoral activity on every level more inclusive and open?” Not to mention his admonition that they not be “airport bishops,” but that they—and all priests—should immerse themselves in services among their people, thus acquiring the “smell of the sheep.”

Many priests ordained in the past twenty or so years, as well as the current crop of seminarians, are also among those who have been lukewarm toward Pope Francis and the change of ethos he is trying to bring about in the Church. Not a few of them believe he is anti-clerical and unreasonably tough on priests. They are certainly correct that the Jesuit pope abhors clericalism, but in this he would be more correctly described as anti-clericalist rather than against clerics per se.

The seventy-nine-year-old Francis has offered candid views about priestly formation and ministry these past few years on various occasions. Interestingly—except for a brief visit to the North American College last year where he presided at Mass concluding a symposium on Junípero Serra, whom he canonized a few months later in the United States—the pope has never made a formal visit to any of the national or diocesan seminaries in Rome.

Seminarians in the Eternal City are right to wonder what he thinks of their formation programs. They are likely to find out over the next couple of days, as Francis will be playing a major role in the Holy Year of Mercy’s "Jubilee for Priests (and Seminarians).”

In fact, the pope will preach a day-long “retreat” for the group tomorrow, giving talks in the morning at Rome’s Cathedral-Basilica of St. John Lateran and the Basilica of St. Mary Major, then a final talk in the afternoon in St. Peter’s Basilica. Then, on Friday, he will celebrate a large outdoor Jubilee Mass at the Vatican for the Solemnity of the Sacred Heart of Jesus.

It has been almost a year since Pope Francis formally instituted the Secretariat for Communications.

The exact date was June 27. It just so happened to be the fifty-third birthday of Msgr. Dario Viganò, head of CTV since 2013. And the pope’s gift to the Milan priest and cinema enthusiast was to make him the first prefect of the new media mega office.

Francis also chose Msgr. Lucio Ruiz, an Argentine priest with many years of work experience in the Roman Curia, as the number two official at the secretariat. And he picked two Italian laymen to round out the organization’s top brass as Director General and Deputy Director General.

The move was supposed to be the first step towards radically reorganizing and better coordinating the Vatican’s various mass media operations. But as the first anniversary of this new arrangement draws near, the sense among those working at the Vatican is that it has only caused more confusion, consternation and uncertainty.

The most optimistic say it is a work in progress and that Msgr. Viganò “has a clear plan,” even if he has not revealed it. But those less sanguine continue to voice their skepticism.

Nowhere is the sense of uncertainty more evident than among the more than 300 people who work at Vatican Radio, an eighty-five-year-old Jesuit-run apostolate with incalculable human, cultural, and technical resources that broadcasts in nearly fifty languages.

That’s because, by formal statute, the Vatican Radio no longer exists. Oh, its work continues for now, but that is likely to be substantially reduced and restructured; and many of its employees transferred to other media sectors. At least that is the expectation (or fear). For now, the future of what is arguably the crown jewel of Vatican media remains clouded in mystery.

It is not encouraging that one of the radio’s most formidable foes over the years has been Cardinal George Pell, now head of the fledgling Secretariat for the Economy and formerly a member of the now defunct economic advisory council to past popes.

The Australian has been among those who have called for either taking Vatican Radio away from the Jesuits and giving it to another group that would commit to bankrolling it, such as the Legionaries of Christ or Opus Dei, or just closing it down. Perhaps, in the end, the first Jesuit to be elected Roman Pontiff will make his own decision on what the future holds for “the pope’s radio.”