Who Will He Appoint Next?
By Robert Mickens
Bishops
Letter from Rome
Pope Francis
Theology
Web Exclusive 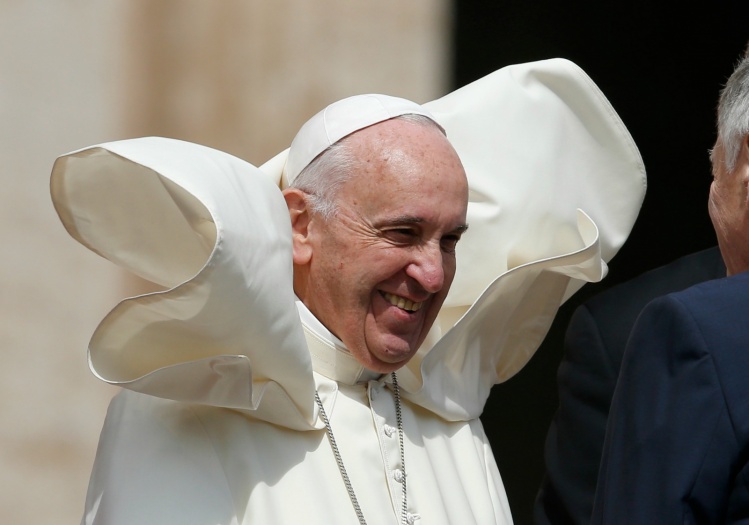 In the first of what is expected to be a series of major appointments over the next few weeks, Pope Francis on Tuesday named Juan de la Caridad García Rodríguez as the new Archbishop of Havana.

He will take over leadership of the Cuban Church from Cardinal Jaime Ortega, who has led the communist island’s most important diocese since 1981. Ortega turns eighty next October and is the first of only three cardinals still in active ministry who will lose their vote in a conclave over the coming months.

The other two are Cardinals Karl Lehman of Mainz (Germany), who will become an octogenarian on May 16, and Nicolás López Rodríguez of Santo Domingo (Dominican Republic), who reaches that magic number on Halloween. That’s two weeks after Ortega’s.

It is likely that the Primate of the Americas, as the overbearing Cardinal López loves to call himself, will be the next to be retired. He has become an embarrassment to many in the church by the vulgar insults he has levelled at the openly gay U.S. ambassador to his homeland. It is a scandal that he is still in office.

Lehman, who is seen as one of Pope Francis’s strongest supporters among the Europeans in the College of Cardinals, has been in failing health the past couple of years. It is not clear who the pope has in mind to replace the former president of the German bishops’ conference in Mainz.

There has long been talk that the boundaries of the fourth century diocese could be redrawn to encompass all of Frankfurt. Currently, only part of Germany’s key financial city is in the Diocese of Mainz. The rest is in the more “modern” Diocese of Limburg (erected in 1821), which has been without a bishop for a little over two years. That’s because the pope effectively sacked the so-called “bishop of bling”, Franz Tebartz-van Elst, for his lavish spending habits and other financial improprieties.

Meanwhile, in the Vatican, where Francis has been slow in making personnel changes, another shake-up is forecast for the middle of next month.

Sources say the pope is expected to finally retire Cardinal Angelo Amato from his post as prefect of the Congregation for the Causes of Saints. The Salesian theologian, once Joseph Ratzinger’s deputy at the Vatican’s doctrinal office, will be seventy-eight in June.

Enter Archbishop Angelo Becciu as the new head of the saint-making department. Exactly ten years younger than the soon-to-be-retired cardinal, the archbishop on May 10 will mark exactly five years as “Sostituto” or deputy Secretary of State for general affairs (basically the church’s “interior minister”).

It is believed that his replacement is to be Archbishop Gabriele Caccia, currently the apostolic nuncio in Lebanon. The fifty-eight-year-old priest of Milan was ordained by the late Cardinal Carlo Martini. He served as assessore or “deputy interior minister” from 2002 until 2009 when Benedict XVI sent him and then-monsignor Pietro Parolin, his counterpart in the foreign affairs section of the Secretariat of State, away from Rome as nuncios.

The two men were credited with keeping the Vatican from veering completely out of control as the former pope’s administration, led by Secretary of State Cardinal Tarcisio Bertone, made one disastrous decision after another. No need to rehash what happened after Parolin and Caccia were gone…

“It is helpful to recall that the church is not an elite [group] of priests, consecrated persons and bishops, but that all of us are part of the faithful Holy People of God.”

So says Pope Francis in a newly released document on laity in the church.

The four-page papal text is actually in the form of a personal letter to Cardinal Marc Ouellet. It is dated March 19, 2016. The Canadian cardinal, because of his post as prefect of the Congregation for Bishops, also serves as president of the Pontifical Commission for Latin America. The pope wrote to him as a follow-up to the commission’s latest plenary meeting in Rome.

“I would like to take another look at what was shared at that meeting and continue to reflect on what took place in those days, so that the spirit of discernment and reflection ‘does not fall into the void’; so that it helps us and impels us to better serve the faithful Holy People of God,” Francis says in text, which was made public in Spanish and Italian only this past Tuesday.

There is much in this 2,200-word letter on which to meditate. And while it is specifically written in the context of Latin America, it offers broader and more fundamental considerations that are valid for the Church throughout the entire world.

Hopefully, a good English translation of the entire letter will soon be available. For now, it seems important to look at the basic premise that underlines the pope’s reflections on laity in the Church. “Looking at the People of God is to remember that all of us enter the church as lay people. The first sacrament, that which marks forever our identity and of which we must always be proud, is baptism,” he writes.

“Our first and fundamental consecration sinks its roots in our baptism. No one is baptized a priest or bishop. They baptized us lay people and this is the indelible sign that no one can ever erase,” he continues. Francis says if this basic fact is not recognized and affirmed then there are likely to be “deformations” of what ministry is supposed to be in the church.

“The laity are part of the faithful Holy People of God and are thus the protagonists of the Church and the world; we are called to serve them, not serve ourselves of (i.e. 'use') them,” he writes in reference to bishops and presbyters.

Those who remember that the Second Vatican Council did actually bring new developments and understandings into the Catholic Church (despite decades of restorationist attempts to deny this), will not be surprised by the pope’s emphasis on baptism as the most important sacrament. But there is still much to be done to realize the logical conclusions of this fundamental principle.

Fortunately, Pope Francis—and the theologian who likely helped him draft his letter, Archbishop Victor Manuel Fernández of Argentina—did not speak of any supposed “charism” of the laity.

As the Jesuit canon lawyer and theologian, Ladislas Orsy, has pointed out in Receiving the Council: “In order to understand the place and role of the laity in the Church, we must not look at the laity as a distinct unit in the Church. We must focus on the entire people as a whole.”

He says, “The Council names two principal gifts that God has granted, and continues to grant, directly to his people baptized with living faith, hope and love: infallibility in belief and indefectibility in right judgment.”

And in his newly released letter, Pope Francis seems to be saying that those who see the baptized faithful as possessing a lesser share of these gifts are nothing more than clericalists.

“Clericalism forgets that the visibility and sacramentality of the Church belong to the entire People of God (cfr. Lumen gentium, 9-14)”—he says—“and not only to a few elect and enlightened.”

And, finally, there are some rather angry residents in the Borgo Pio area, the name of the main street in the little neighborhood that’s contingent to the Vatican’s main entrance, Porta Sant’Anna. It seems they’re experiencing a nasty case of indigestion after they discovered the Vatican is planning to subject them to a Big Mac attack.

A recent report by the Italian news agency, Adnkronos, says the office that manages the Vatican’s vast rental properties, the Administration of the Patrimony of the Apostolic See (APSA), plans to lease a building in the historic quarter to the McDonald’s fast food chain. It says the new store would be located on the corner of Borgo Pio and Via del Mascherino. That’s just a hundred or so meters from the St. Anne Gate into the Vatican and at a corner that begins several blocks of a pedestrian-only sprawl lined with religious souvenir shops, restaurants, and cafés.

The news agency says some “high-ranking prelates” are also upset by the prospect of having a McDonald’s in the area and they intend to go directly to Pope Francis with their concerns.

It’s not clear if the residents and the churchmen are worried that the Golden Arches will ruin other street-food businesses in the area or if they see an American burger joint as an undignified addition to the commercial activities already located in this religious theme park.

But, surely, someone must be lovin’ it.