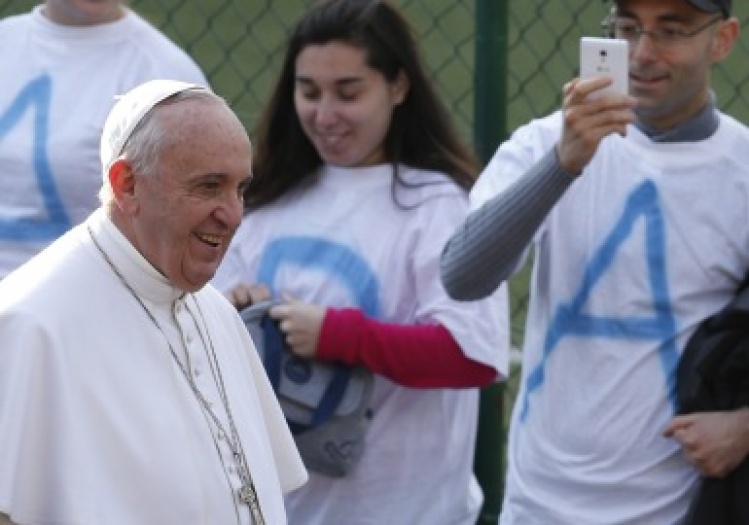 Pope Francis marks the second anniversary of his pontificate on Friday and, while many Catholics will be celebrating the event (and others doubtless mourning it), “il Papa” will be marking the date with a Lenten penance service in St. Peter’s Basilica. The pontificate has been a breath of fresh air and, on balance, the Argentine Jesuit pope has been extremely successful in initiating a radical reform and renewal of the church. Obviously, he’s not perfect and no one should expect him to be all things to all people. But if anyone still has lingering doubts about his views on the post-Vatican II Mass, they should doubt no more. “Let us thank the Lord for what he’s done in the Church in these fifty years of liturgical reform,” the pope said on Saturday at the Rome Parish of All Saints. “It was quite a courageous act of the church to draw close to the People of God so they could understand well what they are doing, and this is important for us – to follow the Mass like this,” he said. He was marking the fiftieth anniversary of when Paul VI celebrated the first public Mass in Italian in this very church. “And there is no going backwards, we must always go forward, always forward,” Francis said. And the money line? “Those that go backwards are mistaken.” So how could he, as he did last November, appoint someone like Cardinal Robert Sarah to head the Congregation for Divine Worship? The Guinean prelate*, who has worked in various jobs at the Vatican since 2001, recently made this eye-popping statement in an interview: “Vatican II never asked us to reject the past and abandon the Mass of St. Pius V, which spawned many saints, nor discard Latin.” In fact, the council called for a whole-scale reform of the Old Mass. And the vast majority of the world’s bishops, as the reform was underway, petitioned for an almost exclusive use of the modern languages. Those who don’t like the path the liturgy has taken will have to blame Blessed Paul VI. He’s the one that implemented the final reforms we have today.

Is the Catholic church sterile? You might draw that conclusion if you heard the poignant comments Pope Francis made last Sunday at the noonday Angelus. “A world where women are marginalized is a sterile world,” he told a huge crowd gathered in and around St. Peter’s Square on International Women’s Day. “Women not only bring forth life, but they also pass on the ability to see beyond – see beyond themselves,” the pope said. “They pass on the ability to see the world with different eyes, and to experience things with a more creative, more patient and more tender heart.” These were beautiful words. But, because of a glaring omission, they rang hollow. While Francis was lamenting the marginalization of women in the world, he – and Vatican officialdom – all but ignored a large gathering of women taking place the very same day right in his backyard. Voices of Faith, an international assembly of women discussing how the female perspective can help build a better future in the Church and the world, met for five hours at a 16th century villa nestled in the Vatican Gardens. It was the second year in a row. But Francis never even mentioned the unique event at the Angelus. And like last year, he did not accept the invitation to meet the women. Nor did he even send them a message. L’Osservatore Romano also snubbed Voices of Faith by refusing to report on it. Bishop Brian Farrell, a Legionary of Christ who is vice president of the Pontifical Council for Promoting Christian Unity, was the only high-ranking Roman Curia official to attend the sessions. The Vatican’s official cold shoulder was shameful. And yet the organizers and participants of Voices of Faith gushed about it being a milestone event. Jesus and the Canaanite woman in the Gospel had a metaphor to describe the Vatican’s refusal to acknowledge this gathering – something about “scraps that fall from their masters’ table.”

While the women were meeting at the Casina Pio IV inside the Vatican Gardens, Pope Francis was making his second visit in as many days to a Rome parish. On Sunday afternoon he headed out in his Ford Focus to the poor and crime-infested neighborhood of Tor Bella Monaca on the outskirts of the city. There he was certainly in his element. No more proof of that was needed than to listen to his words after Mass in a series of spontaneous talks to various groups of the parish. These were some of his most moving words since he became Bishop of Rome. (Unfortunately, the Vatican is not too swift at providing timely translations from the Italian original.) “The people of Tor Bella Monaca are good people,” the pope said. “They just have one defect. It’s the same one Jesus, Mary, and Joseph had. They are poor,” he told the parish’s pastoral staff and volunteers. Noting that many were also unemployed – which he called an “injustice” and a “grave sin” – he said they often succumbed to illegal activity proposed by mobsters in order to fulfill the “commandment” to feed their families. “This is why I suggest that there’s one thing you can do one to help your people,” he said. “The first commandment of pastoral care is closeness – draw close to your people,” Francis said, warning them not to barge into people’s lives trying to tell them what to do, but to walk and suffer with them. “This is the way – closeness. ‘But do I have to become close even to someone that killed two or three persons?’” he asked rhetorically. “Draw close, because even that person has a heart and God loves him. Become close to him. This is the great pastoral advice I give you,” he said. Earlier the pope met with the parish’s youth group and gave a crash course in moral theology for young people: “If we think that the moral life is only ‘do this’, ‘don’t do this’… this is not Christian. It’s a moral philosophy, but it’s not Christian,” he said. “Christian is the love of Jesus who loved us first,” he added. “In the moment of temptation, look to Jesus and say, ‘Lord, look at me and don’t leave me all alone.’ But then, if you fall, get up.”

*Correction: The original version of this column identified Cardinal Sarah as Ghanaian.