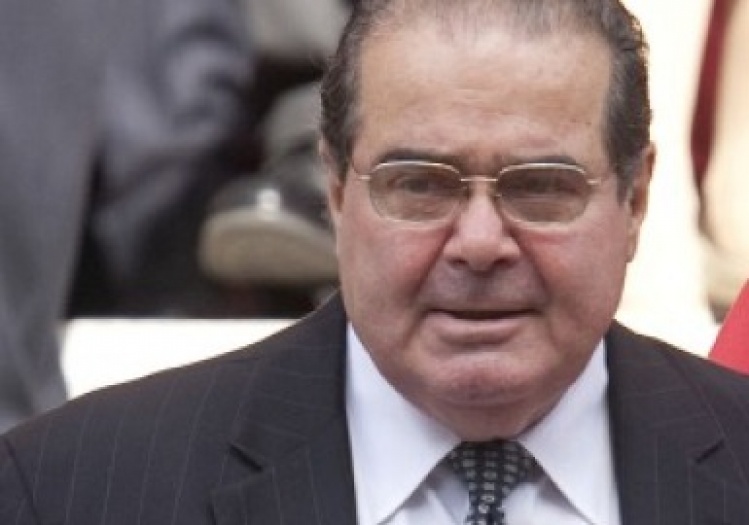 Justice Antonin Scalia has built one of the most important jurisprudential legacies in American law. He is best known as a formidable proponent of textualism and originalism. Textualists focus on the meaning of words and eschew more abstract inquiries about the law’s purposes. Originalists attempt to discern the original meaning of a legal document—most frequently the Constitution. Scalia has never been a favorite of the legal professoriate, but it is no surprise that law students and lawyers often find his distinctive approach to legal interpretation lucid and challenging. It is a mark of his pioneering influence and keen intellect that originalism and fidelity to text have become a staple of the Supreme Court’s interpretive methodology, a subject of expansive scholarly study, and an approach that resonates in the popular imagination.

The influence of Justice Scalia’s jurisprudence, however, exceeds the defense of it offered in Reading Law: The Interpretation of Legal Texts. One may believe that close attention to text is an important feature of legal interpretation without also insisting that it is exclusively important. There is little in this book that will persuade someone with these views to abandon them. Readers wishing for a sophisticated scholarly defense of textualism should look to other treatments—the writing of Scalia’s former law clerk, John Manning, for example, as well as some of Scalia’s own earlier scholarship.

But Reading Law is not really about these issues. It was not written for me or for other academics, and I am glad it wasn’t. It was written for law students and the lawyers and judges that they will become. Some of the most interesting studies of law approach it as a distinctive tradition. And like many traditions, law has its own language, which informs and suffuses the thought of those who think and speak through it. If the language of the law is not preserved—if it decays through lack of use, disregard, or skeptical dismissal as just so much transcendental nonsense—then the tradition of law dies as well. Those who dismiss the distinctive language of law—with its formal intricacies and ancient artifices—often say that the more we strip down and simplify legal language, the more transparent, honest, just, and fair the law will become.

The authors of Reading Law press a different point: it is the traditional and communal language of law that renders the meaning of legal instruments clear and allows the law to perform its beneficent functions. “When it is widely understood in the legal community that, for example, a word used repeatedly in a document will have the same meaning throughout, and that a change in terminology suggests a change in meaning, you can expect those who prepare legal documents to draft accordingly.” The core aim of the book is to retrieve and systematize one of the law’s most important and enduring linguistic traditions—the canons of textual interpretation. The canons are not rules as much as rules of thumb, presumptions about the meaning of legal texts. Skill in legal interpretation involves the capacity to discern when a canon should, and should not, yield to countervailing considerations.

In the early twentieth century, the canons came in for criticism by scholars who believed them to be conceptually empty and practically useless—a trompe l’oeil that rendered the real workings of law opaque. For every canon, Karl Llewellyn once wrote, one can locate a contradicting counter-canon—for every thrust, a parry. This demonstration was thought to be a clever deflation of the forms and formalisms of law: what was needed was some “realism” about how judges actually decided cases. But the canons represent their own type of realism about law: not the realism of the academic, with his aspirations to achieve through law the justice that lies beyond law, but the realism of the common lawyer and judge, who understand that law cannot have substance without form. Constitutions, statutes, regulations, contracts, deeds, and wills—these are all, at bottom, conventional legal forms, and their proper interpretation demands immersion in (and perhaps even a bit of affection for) the traditional language of law.

The most illuminating and useful section of the book explores the “contextual canons,” and especially the one that says the text of any legal instrument must be construed as a whole. Many canons derive from this overarching idea: the canon against “surplusage” (interpretations that render words superfluous should be avoided); the canon in favor of consistent terminological usage (which grounds a fascinating tradition of intratextual constitutional interpretation); and the noscitur a sociis canon (a word is to be understood by the words with which it is associated). The canon of ejusdem generis is particularly interesting: it states that a general term following an enumeration of two or more items includes only the same general class of items. For example, “dogs, cats, horses, cattle, and other animals” might well include pigs or chickens, might not include alligators or elephants, would probably exclude amoebae and viperfish, and would definitely exclude palm trees and ashtrays. Determining what makes the list and what doesn’t depends on the interpreter’s understanding of common usage—that is to say, common legal usage as manifested within a mature linguistic tradition. One might think that this set of contextualist canons indicates that the canons themselves can be reduced to a search for a highly abstract intention of the legislators (sometimes called “legislative intent” or “purpose”). But the authors make an elegant case that this would be an abuse of the canons. It would divert the interpreter’s attention away from the law as a linguistic tradition and toward matters that lie beyond law. The assumption—intuitive, though contestable—is that law’s justice may be achieved only by working within the limits of law’s linguistic forms; and a judge hell-bent on achieving the justice beyond law is apt to run right over and past the narrow but vital domain of law itself.

The last portion of the book—the “exposures”—is more pugnacious than the others and seems intended, together with the introduction, as an apology for textualism. Justice Scalia’s familiar resistance to reliance on legislative history as a tool of statutory interpretation makes a dutiful appearance. But this is not the best part of the book. For example, “the false notion that the spirit of a statute should prevail over its letter” is extended to constitutional law and invoked to castigate the ruling in Roe v. Wade: “It should not require high-running emotions among the public to encourage judges to follow the letter of the law.” Judges, the authors write in the next exposure, should not aim at “doing justice” when they interpret text, but should limit themselves to discerning “what a text means.” The problem with these statements is not that they are mistaken; it is that they are incomplete. There are much better-developed defenses and critiques of these positions in other work that this book does not address. This is not a book that carefully engages the current debates in constitutional interpretation, and it would have done better to avoid them altogether.

Its strengths lie elsewhere. Reading Law is, as the authors put it, a normative treatise that introduces the language of law to an audience for whom it is largely alien while offering a refresher course for attorneys and judges who have forgotten (or who never really learned) their canons. Like all treatises, the point is not to read through from front to back, and I cannot recommend marching through the book’s 414 pages (that’s before the appendices). No one who isn’t looking for it will much miss the “Scope-of-Subparts Canon” explaining the relationship of subparts to parts, or the “Punctuation Canon,” which warns against “hostility to punctuation” and whose examples include various obscure nineteenth-century precedents involving the use of semicolons. But lawyers faced with interpretive problems will find in Reading Law a pathway to a set of linguistic precepts that structure and enrich the tradition of American law. That is a worthy contribution.