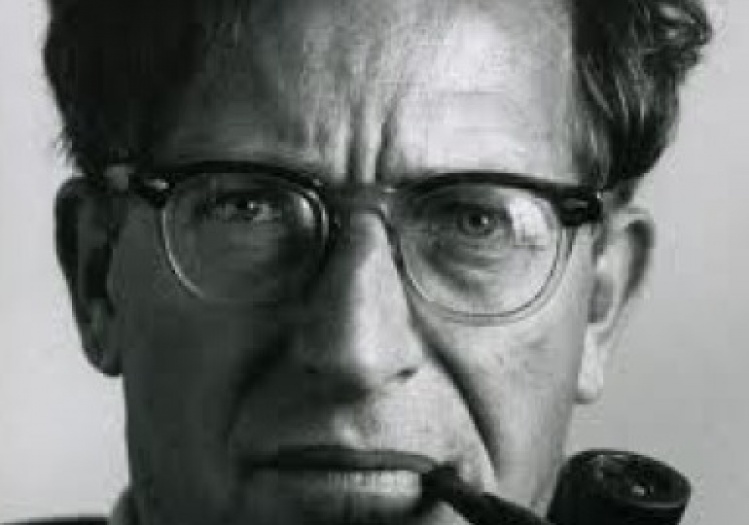 Nearly everything that Paul Goodman complained about in Growing Up Absurd—his influential critique of 1950s America, originally published in 1960 and recently reissued by New York Review Books—is now worse. Rather than being trapped in dull jobs as company men, many people now have trouble finding any kind of decent work. Rather than merely feeling alienated from our natural environment, it is now clear that we’re damaging that environment irreparably. Schools are still inadequate, but now many of them have armed police at the doors. And today’s young misfits are subjected not just to discipline and derision, but also to brain-altering medication. A country that in the late 1950s was a superpower still on the rise (notwithstanding some postwar malaise) now appears to be a sinking ship determined to go down shooting. Instead of what Goodman called the “world-wide demented enterprise” of the Cold War, the country now wages open-ended robot battles on ever more fronts.

Goodman wrote Growing Up Absurd on an assignment to explain the “juvenile delinquency” manifested variously in the Beats, the bums, the existentialists, and the hipsters of his time. He placed the blame not on the youth themselves, nor even on their parents exactly, but on the society that surrounded them and which they were meant to inherit. The problem was what Goodman called the “missing revolutions” in modern life: great American promises such as democracy, opportunity, and the pursuit of happiness were not being kept, despite lip service to the contrary. The aspiring junior executive suffered the consequences of this failure as much as Jack Kerouac did, whether he knew it or not. “Important problems,” Goodman wrote, were “treated as nonexistent.”

Important problems of men, that is. Women are nudged aside before the end of the introduction, which notoriously explains that “a girl does not have to, she is not expected to ‘make something’ of herself. Her career does not have to be self-justifying, for she will have children, which is absolutely self-justifying, like any other natural or creative act.” So women are largely immune from the trouble of “growing up absurd.” Nonwhite Americans, though not ignored, are also peripheral here.

Goodman presents his argument as both radical and traditionalist, calling for certain shifts in social priorities in order to restore “right proportion” in the midst of progress. “We must painfully perfect the revolutionary modern tradition we have,” he writes. This task turns out to involve policy suggestions large and small, some of which would later get a more detailed treatment in Utopian Essays and Practical Proposals. He also thought we ought to invest a lot more money on education. But what mattered most to Goodman were the areas of life that cannot be quantified, much less monetized, to suit modern organizational life. As he put it, “Few great men could pass Personnel.”

His policy proposals, then, are not his main point; their purpose is to free the imagination from the constraints that industrial society imposes. Goodman calls his readers to lift up their eyes toward aspirations such as patriotism, vocation, and honor. These are the content of the faith he confesses. Of space travel, he writes: “This adventure makes life worth the trouble again.” But note that “again”: even his futurism is nostalgic. He is always calling the reader to recover something that has been lost—a world in which work was meaningful, for instance, or one in which there was still room for the “man of letters.”

Growing Up Absurd was rejected by the publishing house that first commissioned it, only to be picked up by Jason Epstein at Random House. It could have done with more editing. Goodman’s prose sets out to dazzle with its iconoclastic attitude and the striking phrases that clothe the author’s not-always-consistent arguments. He quotes from his previous books at great length. Throughout he tries to reconcile his claim to be an anarchist with his conservative instincts, a tension borne out in his life as well as on the page: he was a married family man who was also promiscuously bisexual, a Jew who opposed World War II.

Among the other “mansplainers” of Goodman’s time—to borrow a term from the feminist blogosphere—one could be forgiven for preferring Ivan Illich, who presented his similarly adventuresome anarcho-conservative proposals with considerably more rigor and coherence; or James Baldwin, who as a black man in exile came by his prophetic tone more honestly. “Allen Ginsberg and I once pointed out to Stokely Carmichael how we were niggers,” Goodman recalled in a memoir-ish essay, referring to a 1967 BBC broadcast, “but he blandly put us down by saying that we could always conceal our disposition and pass.” Carmichael was right.

Goodman’s ability to “pass” was never better demonstrated than at what was perhaps his finest hour. In the week of the massive 1967 antiwar march on Washington, he was invited to speak to an association of arms dealers and generals in the State Department auditorium. Goodman arranged for a few dozen protesters to be picketing outside, while, inside, he denounced the captains of the war machine to their faces. He criticized the organizers for not inviting any speakers under the age of thirty—the age group that would have to live in the world the arms dealers and generals were threatening to destroy. But though Goodman had become a kind of guru during the earlier stages of the student movements in the 1960s, it became clear to him by the end of the decade that the young protesters were failing to act the way he thought they should. Part of the trouble was their embrace of identity politics, like Black Power and feminism. From his point of view, such groups were a distraction from the main event.

This book is above all a thing of its time and place (and gender and race). Goodman did sometimes recognize that the average white man’s plight under capitalism was related to his relationship to a social order that excluded too many people, but for the most part Growing Up Absurd keeps the marginalized on the margins. It remains for the leaders of present and future social movements to recognize more fully than Goodman did that the problems of the most vulnerable among us are the problems of us all, and that many comfortable insiders are bound to feel alienated in a society that treats so many people like outsiders.