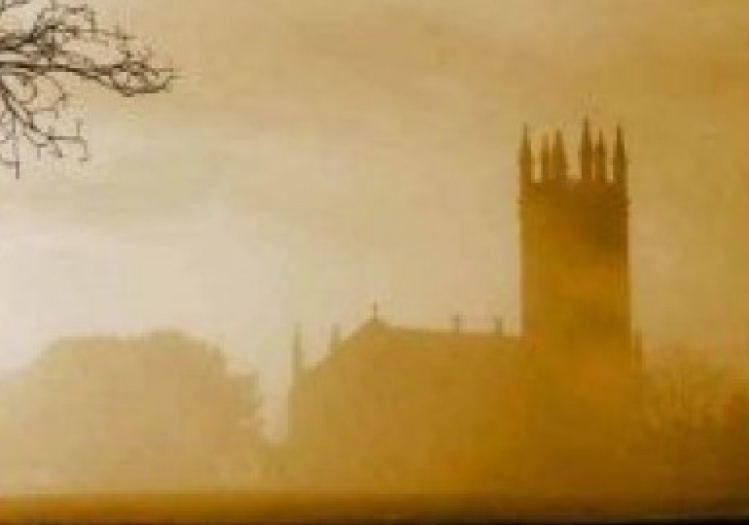 According to Roger Scruton, religion has been an embarrassment to the English since the seventeenth century—one of the topics, like sex, that you just don’t discuss. Ever since fervent Protestants left England to set up their city on a hill in America, England—exhausted by the religious conflicts of the Civil War—has settled for peace rather than ardent belief. The difference in religious fervor between the two countries never ceases to amaze both the British and Americans. Anglicanism has molded and reflected a people who are slightly embarrassed and skeptical about religion, and for whom religion is more a social matter than a relationship with God. The English, who “know in their hearts that faith is in large part a human invention,” prefer compromise to zeal, and want the transcendent only in small doses.

In addition to being England’s foremost conservative philosopher, Scruton is organist at his local Anglican church. His “thoughts at one remove from faith,” Scruton rightly puts himself in the noble line of skeptical Englishmen from the seventeenth-century political philosopher Thomas Hobbes and the eighteenth-century essayist Joseph Addison to George Orwell and Philip Larkin, perhaps the greatest poet of religious nostalgia, and “for whom this strange form of holiness [Anglicanism] has been the best that can be done in the matter of religion.”

Ever since Henry VIII declared himself supreme head of the Church of England for dynastic reasons rather than out of any reformist zeal, the church has been more a sociopolitical institution than a religious one. In the settlement of 1688–89 following the Civil War, the English were quite happy to see their national church sacrifice conviction for peace. The Anglican Church was to be the keeper of civil order rather than the guardian of a narrow faith. It accommodated nonpapal Catholics and Protestants (as the worldwide Anglican Communion still does today), while more fervent believers, whether Catholic or Protestant, were permitted to practice their own faiths independently. As David Hume noted approvingly, the English “are now settled into the most cool indifference with regard to religious matters that is to be found in any nation of the world.”

Critics of the Church of England condemn it for being too worldly and too committed to shoring up the political and social status quo. But Scruton turns what many consider to be the vices of establishment on their head. Yes, the nineteenth-century church (as depicted in Trollope’s brilliant novels The Warden and Barchester Towers) was a career path and welfare service for the elite. Yet that church was also the home of Christian social reformers and antislavery campaigners. In Scruton’s view, the glories of the established church far outweigh its weaknesses. What he loves and values is precisely the church’s role in forging the social fabric of England, the way it has both reflected and helped to create a nation, a people, and a culture. One of the pleasures of this book is Scruton’s wonderfully succinct, knowledgeable, and illuminating guide to that broader culture (Scruton has specialized in aesthetics throughout his career). He celebrates the profound influence of the church on the nation’s music, from plainsong, through the great Victorian hymn writers, to Ralph Vaughan Williams and Benjamin Britten. He traces the church’s formative role in the lives and work of painters, architects, and writers. Bunyan, Milton, Blake, Auden and countless others owed an immeasurable debt to the King James Bible and the Book of Common Prayer, whose words, in Scruton’s view, capture the very soul of the Church of England.

For Scruton the church is England, an England he knew and loved in his youth and that he believes is dying. Our Church is very much an elegy for that lost world. But of course, as the book’s subtitle makes clear, Scruton’s is a personal history. His vision of the church, for example, is not one even his own father would accept. As a teenager the author, much against the wishes of his father, who was an atheist and a socialist, began secretly visiting his local parish church. Scruton père saw the church as part of the apparatus of class oppression. For his son, however, it came to represent a cherished rural and conservative social order, one that united the people in pride and love of country. That England finds its quintessence in the rural village church where Anglo Saxons, medievals, seventeenth-century Puritan iconoclasts, and nineteenth-century gothic revivalists have all left a legacy in stone. The village church, with its monuments to the local gentry, as well as to the ordinary men who gave their lives in two world wars, connects believers and unbelievers alike to a shared past. The village church is, for Scruton, “an immortal projection of England in a realm beyond space and time.”

To what extent the church ever spoke for the nation as a whole is, of course, open to question. As an organ of the state, it was inevitably part of an often unjust social and economic order. It long neglected the urban poor, and scrambled to catch up with the welfare efforts of the Methodists and other Nonconformist denominations in the nineteenth century. Scruton’s conservatism perhaps makes him too forgiving of the faults inherent in an established church. In a similar fashion, he mischievously celebrates the Church of England for the way in which it caters to the spiritually unambitious, those who want their relationship with God to be gotten with the minimum of effort. But this seems self-defeating. As the sociologist Raymond Stark has pointed out, churches that demand little commitment and few sacrifices reap little loyalty or sacrifice in return.

Now, of course, “our national church,” as Scruton calls it, speaks for a dwindling minority. And this, he acknowledges, exposes the fundamental weakness of establishment. A strictly national church depends for its credibility on there being a cohesive sense of social identity and morality. Yet much to Scruton’s dismay, religious and ethnic pluralism has brought about a “new ideology of nondiscrimination” that no longer privileges Christianity and the culture it produced.

Though the Church of England may be dying, there will always be those who love and defend it. Even the passionate atheist Christopher Hitchens acknowledged that he was still moved by the English village church. Its smell and muffled silence still evoke a longing for the transcendent, a nostalgia for a mythical English past, a feeling of awe toward a tumultuous history made present again in stone, monuments, war memorials, and faded banners, and a poignant sense of belonging to that national history, tarnished though it now may be. “A serious house on serious earth it is, / In whose blent air all our compulsions meet, / Are recognized, and robed as destinies,” was how Philip Larkin famously put it. That is the church Scruton dreams of behind the organist’s curtain while playing to an ever-dwindling congregation.

Published in the November 15, 2013 issue:
View Contents
Tags
Religious Life
Spirituality
Selina O’Grady is the author of And Man Created God: A History of the World at the Time of Jesus (St. Martin’s Press). 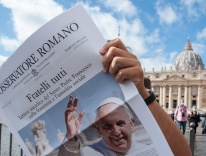 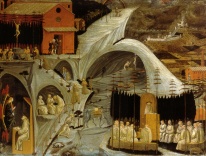