Family Planning and the Church
By Jon Miller 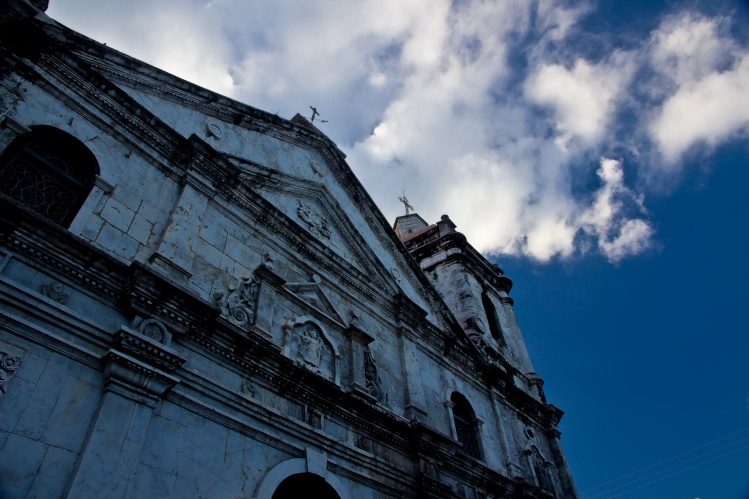 [This article first appeared in the February 24, 1989 issue of Commonweal]

A Filipina friend, who earns about $30 a month as a domestic helper, explained why she has five children. "I know it's wrong, but we kept having children until we had a girl. I wanted a girl." Her two oldest boys are working as laborers for a local farmer instead of going to grade school, since the few citrus trees their father has planted won't bear fruit for another year or two.

It's a typical story in the Philippines, where poverty and lack of opportunity have become embedded in the national consciousness. Nor does the future look particularly bright. While the gross national product has grown steadily since 1983, real wages for the vast majority of Filipinos have stood still or slid back. In 1988 the Philippines, a fertile agricultural country whose population depends on rice for survival, was forced to import rice from California.

At first glance the problem seems fairly straightforward: too many people and not enough money or resources to support them. According to most estimates, the population is expanding at over 2.5 percent per year, and no matter how fast the engines of development turn it seems there simply won't be enough to go round unless the country can slow its population growth.

Werner Fornos, president of The Population Institute, a Washington-based population monitoring group, has called for an immediate end to U.S. aid to the Philippines until Manila demonstrates that it's serious about bringing the birthrate down. Philippine Senator Leticia Shahani, who has led the fight to bring the population issue to the attention of the nation's lawmakers, says flatly, "We are in a crisis." The numbers seem to bear her out.

The Philippine government has not completely ignored the problem. At the urging of international aid organizations, Ferdinand Marcos established the Population Commission, or POPCOM, in 1970. At that time, the population growth rate was about 3.5 percent, threatening to wipe out the loan- driven development of Marcos's "New Society." When Corazon Aquino took over in 1986, the population program had been tainted by corruption, but the growth rate had nonetheless been reduced by as much as one-third.

Since becoming president, Aquino has been reluctant to speak out on the population issue, giving many the impression that she doesn't take the problem seriously. In fact the apparent aimlessness of the administration's population policy during 1987 led the U.S. Agency for International Development to delay the disbursement of millions of dollars in aid for government-supported family planning programs. Recently, POPCOM released a much-delayed, five-year plan emphasizing community education and a "cafeteria approach" to family planning methods. There is still much disagreement within the government on how aggressive a program is desirable.

Roughly 85 percent of Filipinos are Catholic, and more than any other player, the church has taken the heat for what many feel has become a half-hearted population policy. While no one questions Aquino's spiritual commitment to the church and its teachings, some critics point to the political debt she owes church leaders for their role in the popular uprising that toppled Marcus, and claim that the church has taken advantage of that to gut the population program. Strong lobbying at the 1986 Constitutional Convention by the church-supported group, Pro-Life, not only resulted in the insertion of an antiabortion provision, but also in the elimination of a provision in Marcos's 1973 martial law constitution which gave the state the responsibility "to achieve and maintain population levels conducive to [the] general welfare."

Whether or not the government has systematically sought to placate religious leaders on the population issue, the spiritual and doctrinal issues that were de-emphasized under Marcos's program have come back into the foreground under Aquino. Secretary of Social Welfare and Development Mita Pardo de Tavern, who oversees the activities of POPCOM, has decried the previous government's insensitivity to the couple's right to exercise its "religious and spiritual values" without government interference. (There is, not insignificantly, a strong hint of nationalism in her rejection of the doomsday predictions of foreign funding agencies.) Pardo de Tavern, like church leaders, feels that the population problem is less a problem of "general welfare." as it was defined under Marcus, than a quality-of-life issue for individual families.

Church leaders clearly prefer the new approach. After taking part in the earliest population discussions with Marcus in the late sixties, the church broke completely with the government program, which it considered to be too fixated on targets. Under Aquino, church leaders and organizations are again taking part, if less than enthusiastically, largely as the authority on natural family planning techniques. While the church has maintained that it cannot endorse POPCOM's new five-year plan unless its overall goals--and especially its mention of population targets--are redrawn, it certainly has helped shape the population policy debate among politicians and bureaucrats alike.

"The church looks at population as a problem, but it doesn't look at it merely as a problem of numbers." explains Msgr. Cesar Pagaluyan of the Archdiocese of Manila. Instead, he says, "we see it as a problem of justice." He believes that number crunching technocrats have overblown the issue. "Twenty years ago they were saying that in a few years’ time the resources of the country might not be enough for us, but we're still happily standing on our feet."

John J. Carroll, S.J., a sociologist with the Manila-based Institute on Church and Social Issues, isn't quite so sanguine: He agrees, however, that the problem is not as simple as some planners would make it appear. "I'm convinced that population is one factor in the development equation,'" he says, "but it's not the only factor, and it may not be a major factor."

According to Carroll, the biggest obstacle to development in the Philippines has been the enormously inequitable distribution of wealth, power, and resources. "It's easy for congressmen and congresswomen to ask the poor to reduce their family size, rather than facing up to the question of land reform--- which was a test they flunked terribly--and distribution of income."

At the same time, Carroll is concerned that some in the church may be misrepresenting the teachings on population and family life found in Humanae vitae, Populorum progressio and Familiaris consortio. "Those who put total emphasis on some sort of absolute right of families to have as many children as they want regardless of the social consequences,'" he says, "are simply not talking within the context of the church's teaching."

Msgr. Pagaluyan, Carroll, and representatives of POPCOM all agree that there's a serious need for education at the grassroots level to encourage Filipinos to make informed decisions about how they will live their lives. They all acknowledge too that, as things stand, the moral teachings of the church have little to do with which methods of family planning couples ultimately choose. While the church has begun to tout "responsible parenthood" as a way to strengthen marriages, for those few Filipinos who make an active choice to limit the number of children they will have, family size is almost always an economic, not a spiritual issue.

The problem of reconciling population with resources is clearly a difficult one, and it's tempting simply to hope that things will work out for the best as the Philippines develop. But the pace of population growth- and its effects- make this a self-defeating solution.

In the Philippines, as elsewhere in the third world, there is little reason for individuals to believe that their actions can have any impact on their own destinies, let alone on the welfare of their communities. The church, which has too often bolstered a "culture of poverty" by encouraging fatalism and overemphasizing the individual's private relationship with God, must begin a concerted effort to help people understand their day-to-day responsibilities to their families, their communities, their natural environment, and the larger human family.

At the same time the government, which has traditionally served as the exclusive province and plaything of the rich and powerful, must establish itself as a legitimate institution not just for the delivery of services, but also for the expression of people's collective aspirations.

That, obviously, is no small order. Yet whether one sees the problem of too-rapid growth as one of social justice, economic development, environmental stewardship, or family welfare, surely the success of any population policy will rest finally on people's faith in their ability to manage their lives. That's where the government will need to depend on the active participation of the church, which is not only the nation's most influential moral arbiter, but also its broadest-based and best-organized social institution.

There is no shortage of ways in which the church can choose to respond. The key is that it do so with a sense of urgency. If the church prefers to frame the population issue in the context of the individual and the family, the least it can do is help people understand that not only do they have the right to make decisions about their lives, but also that those decisions can affect the world around them. Then, of course, it's up to government to see that this is true.