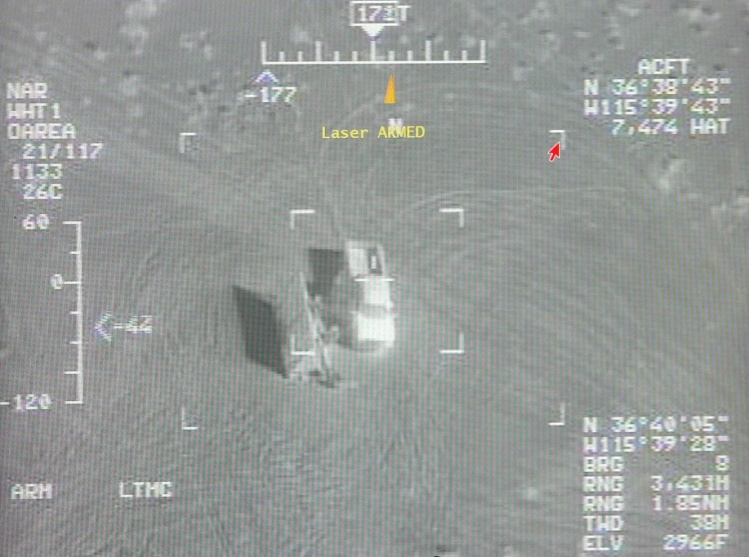 In this imperfect but exceedingly useful book, Andrew Cockburn explains how targeted assassination became an emblem of contemporary U.S. foreign policy. In the course of doing so, he makes a strong case that the results, whether achieved by relying on missile-firing drones or by employing commando raids, have been politically counterproductive and morally disastrous.

A seasoned journalist long based in Washington, Cockburn comes from an Anglo-Irish family whose members possess a Waugh-like aptitude for the English language. Siblings, spouses, offspring—seemingly all make their living in ways centered on the written or spoken word. Family Scrabble games must be a hoot.

In Kill Chain—the title refers to the various phases of an attack from target identification to actual destruction—Cockburn describes a convergence of political frustration and technological utopianism, with U.S. policymakers drawn to the latter as a means of cutting through the complexities of the former and thereby (presumably) keeping Americans safe. Yet as the author makes clear, the motives of those involved extend beyond considerations of national security. Factors such as personal ambition, bureaucratic rivalry, and corporate profits always form part of the mix as well.

The technological utopianism, which dates back at least to Vietnam, derives from the conviction that information holds the key to enhancing the efficacy of force. Throughout history, war has been messy, confusing, costly, and fraught with risk. Exploiting advanced technology to collect, analyze, and harness ever-growing quantities of information will invest war with predictability, precision, greater economy, and vastly greater utility. That’s the expectation anyway.

The political frustration stems from the challenges inherent in translating superior power into effective leverage. Getting the other side to submit, play by the rules, or just shut up isn’t as easy as it looks. The past is replete with examples of history, culture, religion, ideology, and identity complicating disputes that appeared straightforward when comparing the relative strength of opposing armies or battle fleets. For the United States, this has been a source of abiding exasperation. Time and again, peasants, revolutionaries, fanatics, and thugs with resources that pale in comparison to the Pentagon’s have defied the dictates of a superpower and gotten away with it.

Many decades ago, early proponents of air power pioneered theories that promised to work around such annoying paradoxes. The key, they argued, is to identify—and then destroy—“critical nodes” essential to sustaining the enemy’s war-making potential. This describes the logic of strategic bombing, which began not as a means to flatten cities and kill civilians, but as an effort to reduce the unbridled violence characterizing the conduct of industrial-age warfare. Taking out select targets on which the enemy’s capacity to wage war depended—oil-storage facilities, rail networks, ball-bearing factories—would produce victory more quickly, they believed, and with less bloodshed than more conventional methods.

Alas, translating theory into practice proved difficult, as the experience of World War II, Korea, Vietnam, and other late-twentieth-century conflicts made plain. Nonetheless, with promotion prospects, budget share, and lucrative defense contracts all at stake, the dream refused to die. Indeed, with the development of precision guided munitions and enhanced surveillance capabilities toward the end of the last century, it enjoyed a rebirth.

The ability to deliver ordnance with unerring accuracy redefined the meaning of critical node. Cockburn quotes one U.S. Air Force general bragging, “We can now hit any target anywhere in the world, any time, any weather, day or night.” Yet why bother with bombing bridges, power plants, or communications facilities, when taking out Mr. Big himself provides the definitive shortcut to victory? Here was the ultimate critical node: Decapitate the regime. As an approach to waging war, what could be more humane, not to mention efficient?

Implementing this concept required overcoming certain scruples, achieved by adopting euphemisms such as “targeted killing” in place of assassination and inventing “high-value individuals” or HVI as a category of persons marked for liquidation. Yet by the time the Iraq War of 2003–2011, which began with an unsuccessful attempt to grease Saddam Hussein, assassination had become integral to the prosecution of Washington’s global war on terrorism.

The problem, as Cockburn convincingly shows, is that results have fallen well short of expectations. Eliminating Mr. Big doesn’t resolve the issue at hand. It merely paves the way for Mr. Worse. Remove one leader and another appears in his place, probably nastier and more ruthless than his predecessor. Washington’s answer: Try harder. Soon enough, the White House roster of those designated to be killed—the Joint Prioritized Effects List or JPEL—started to grow and has kept growing. Already by October 2009, Cockburn writes, it consisted of more than two thousand names.

Over the past decade or so, assassination has become a growth business. As such, it has attracted the attention of entrepreneurial generals who know opportunity when they see it and of contractors eager to cash in by providing the hardware and software needed to facilitate a global manhunt. U.S. Special Operations Forces, the most rapidly expanding, least visible, and least accountable part of the military, has carved out for itself a large part of the action.

Cockburn writes that insiders now refer to targeted killing as “mowing the grass.” Notably, Israelis use the same expression to describe their recurring efforts to suppress entities such as Hamas. As with lawn care, the chore promises to be never-ending. To extend the metaphor, wherever they go, the mowers leave behind a trail of fertilizer: resentments caused by killing bystanders instead of, or along with, the intended target make the grass come back all the faster.

Information exists in abundance. The air force alone vacuums up the equivalent of “seven hundred copies of the Encyclopedia Britannica per day.” Even so, those who preside over the kill chain while staring at video screens thousands of miles from the target area keep knocking off the wrong people with disturbing frequency. As President Obama’s recent public apology reminds us, the “wrong people” can even include the occasional American.

In a way that would command the approval of most Waughs, Cockburn nurses a pronounced antipathy for the new and novel. His loathing of technology permeates Kill Chain, but leads him off on needless tangents. He provides chapter and verse on complex machines that cost too much and don’t always work as intended, except in boosting the bottom line of privileged Pentagon clients. Others have already made the same point with greater effectiveness. Cockburn comes precariously close to suggesting that technology is an impediment to success in war, which is as mistaken as considering it a panacea. It’s an unnecessary rant that mars what is otherwise a very fine book.