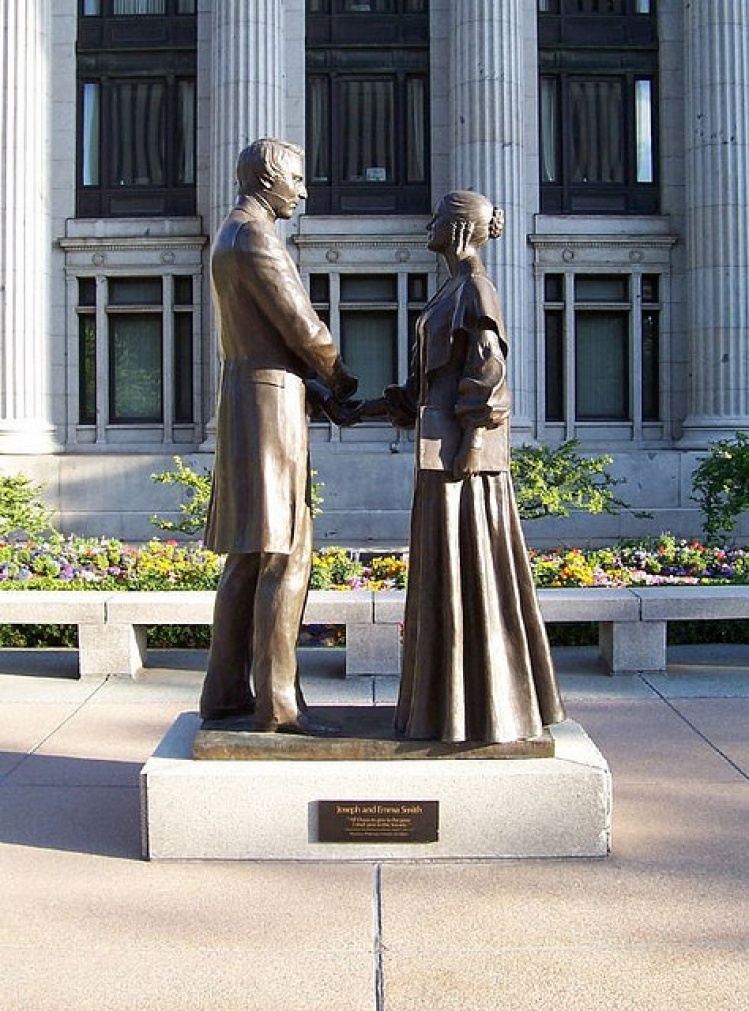 Over the past decade or so, the Church of Jesus Christ of Latter-Day Saints—usually known as the “Mormon” or “LDS” church—has moved toward greater transparency about its earliest era.

Through the publication of “The Joseph Smith Papers” and new historical essays on the official church website, lds.org, interested readers have been able to learn about the fuzzy period of early Mormonism, the roughly fifteen years from its founding to the settlement in Utah.

Now a new essay, “Plural Marriage in Kirtland and Nauvoo,” makes frank admissions about the early days of polygamous relations (called “plural marriage” in LDS terminology) at Mormon settlements in Ohio and Illinois.

Couched in a laudably straightforward tone, the essay treats specifics of some very sensitive matters. It estimates the extent of Smith’s plural marriages as somewhere between 30 and 40 women, with a wide range of ages (from 14 to 56 years old). More surprisingly, some of these were already married to other men.

The essay makes a number of defenses of these troubling points, and always maintains the possible explanation that the marriages—and specifically, those to already married women—may have been not for “time and eternity” (life and afterlife) but for “eternity alone.” That is to say, some of these “sealings” may not have been consummated on earth in any way. But it is difficult to know.

Perhaps the most intriguing aspect of the essay is its depiction of the emotional toll that the practice of plural marriage had on Emma Smith, Joseph’s first wife. The couple had eloped and married against her father’s wishes, thus seemingly “marrying for love” in an era when that was not as common.

For Joseph Smith’s wife Emma, it was an excruciating ordeal. Records of Emma’s reactions to plural marriage are sparse; she left no firsthand accounts, making it impossible to reconstruct her thoughts. Joseph and Emma loved and respected each other deeply. After he had entered into plural marriage, he poured out his feelings in his journal for his “beloved Emma,” whom he described as “undaunted, firm and unwavering, unchangeable, affectionate Emma.” After Joseph’s death, Emma kept a lock of his hair in a locket she wore around her neck.

Emma approved, at least for a time, of four of Joseph Smith’s plural marriages in Nauvoo, and she accepted all four of those wives into her household. She may have approved of other marriages as well. But Emma likely did not know about all of Joseph’s sealings. She vacillated in her view of plural marriage, at some points supporting it and at other times denouncing it.
…
After Emma opposed plural marriage, Joseph was placed in an agonizing dilemma, forced to choose between the will of God and the will of his beloved Emma. He may have thought Emma’s rejection of plural marriage exempted him from the law of Sarah. Her decision to “receive not this law” permitted him to marry additional wives without her consent. Because of Joseph’s early death and Emma’s decision to remain in Nauvoo and not discuss plural marriage after the Church moved west, many aspects of their story remain known only to the two of them.

Granted that much remains unknown, but we do know that after the death of Joseph Smith, Emma remained in Nauvoo, rejected plural marriage, remarried a non-Mormon and raised her children with him, and eventually would join a different, non-polygamous branch of early Mormonism led by her son, Joseph Smith III (the Reorganized Church of Jesus Christ of Latter-Day Saints, or RLDS.)

Much of this will come as a surprise to Mormons in the pews and casual observers of the LDS church, which features a statue of Joseph and Emma at Temple Square in Salt Lake City--an idealized image of monogamous bliss.

Why is the LDS church moving now on these issues? Undoubtedly the past few years have been a “Mormon moment” in the United States. With high-profile public figures like Mitt Romney and Harry Reid, not to mention approximately fifteen members of Congress and counting, the previously persecuted religion has ascended to the upper tier of political power. Only Jews are more “overrepresented” in Congress, when measured as a ratio of seats to overall population (both religions claim about 1.7% of the population).

And with popular culture showing both fascination with and a kind of begrudging respect for Mormonism’s peculiarities—the Book of Mormon on Broadway; Big Love on HBO—the early 21st century is shaping up to be a period of mainstreaming for the LDS church.

The “Information Age” catalyzed by the internet may also play a role. In Laurie Goodstein’s excellent New York Times story, she quotes LDS historian Elder Steven E. Snow to this effect: “There is so much out there on the Internet that we felt we owed our members a safe place where they could go to get reliable, faith-promoting information that was true about some of these more difficult aspects of our history.”

Scholars of religion will carefully follow how the new revelations might affect increasing calls for expanded women’s leadership roles and the church’s well-known fight against same-sex marriage rights. On the latter point, Mormons will certainly be funding efforts to defend the “one man-one woman” family, as they did when bankrolling Prop 8 in California, but it is hard to see how the church’s rhetorical stature on this topic will be maintained.