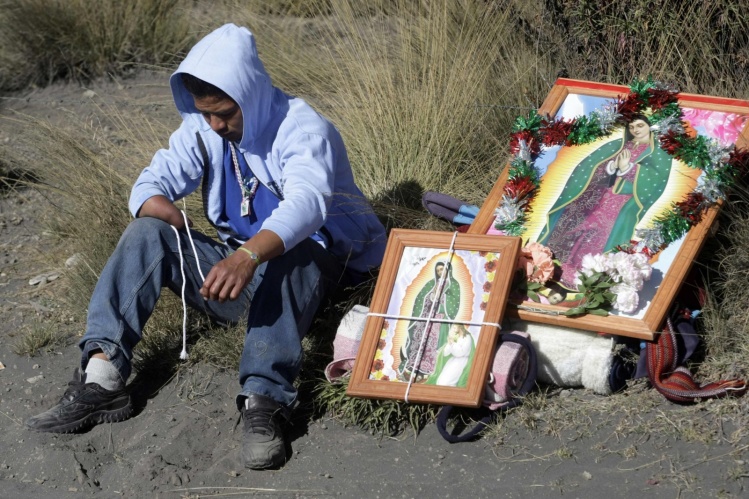 There’s a lot of interesting data in a new Pew report detailing the drop of self-identified Catholics across Latin America, beginning with how precipitous the decline has been. While 84 percent of adults interviewed report they were raised Catholic, only 69 percent currently identify as Catholic, meaning, as the New York Times Upshot summarizes, “there has been a 15-percentage-point drop-off in one generation.”

Why interesting, and not, say, startling, is that no one who’s been paying attention can really be surprised by the findings, yet they also shed new light on the shift in a region where up to the 1970s more than 90 percent of the population identified as Catholic.

Most Protestants in Latin America, according to Pew, identify with Pentecostalism, and there are two theories on why it’s attracting those who were raised Catholic. One is that with its emphasis on personal contact with the divine through faith healing, speaking in tongues and prophesying, “Pentecostalism attracts those who share an affinity with indigenous religions that traditionally incorporate beliefs and practices associated with direct communication with the ‘spirit world.’ ” The other is that with its stress on upward social and economic mobility and thrift, it’s viewed as more conducive to economic prosperity.

As for the Francis effect: most current Catholics have a very favorable view of the pope and view his papacy as a major change. Former Catholics, however, are ambivalent: except in Argentina, fewer than half see Francis as representing a major change.

The region still has 425 million Catholics, accounting for nearly 40 percent of the world’s Catholic population. The subtitle of the Pew report is “Widespread Change in a Historically Catholic Region.” It offers much more data to sift through than I’ve highlighted here, and may for the especially analytic avail itself to different interpretations. With secularism increasing in the Europe and the United States, Latin America is, along with other developing parts of the world, generally looked on as the future of the church, though some might be inclined to view it as the past. Pew senior researcher Neha Segal says that Latin America “in most people’s minds is synonymous with Catholicism, but the strong association has eroded.”

When the Internet isn’t neutral