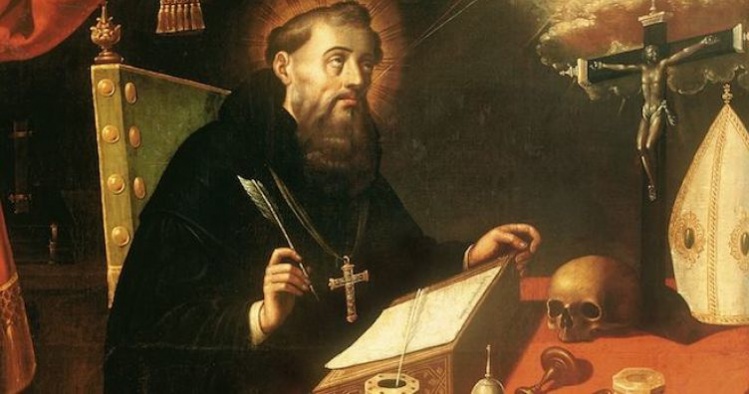 When I was an undergraduate at St. Louis University, the philosophy requirement was five courses.  Our professors told us stories from a not-too-distant heroic past when the requirement was as much as twelve or eighteen courses. Today most Catholic colleges require two philosophy courses. A few require three, and an increasing number require one or none. The University of Notre Dame, where I teach, is now considering a proposal from its curriculum committee to move from its current two-course requirement to a requirement for one philosophy course plus another in either philosophy or a new category called “Catholicism and the disciplines” (i.e., disciplines other than philosophy).

I think the move to less philosophy is a serious mistake for Catholic higher education.  Philosophy is utterly essential for an educated Catholic, and, pedagogically, anything less than two courses is inadequate.

The pedagogical point is straightforward. Philosophy is a highly technical discipline, more like the sciences than the humanities in its complex concepts and rigorous reasoning, but one that also requires knowledge about its historical development. Further, unlike other college requirements, philosophy is hardly ever taught in high schools. We would never expect students who had no previous chemistry or history to achieve a college-level grasp of those disciplines in one course. The same is true of philosophy. There might well be, in principle, a good case for a three- or four-course requirement in philosophy. But given current trends to reduce requirements, two courses is an acceptable minimum. That will allow for a general introduction to the history and major topics of the discipline, followed by a deeper exploration of a particular topic such as ethics, philosophy of religion, or philosophy of science.

But do Catholic college students really need to study philosophy? Even the best secular schools do not require it, making philosophy at most one way of satisfying general requirements in critical thinking or ethics. There was, of course, a time when Catholic colleges taught a version of philosophy intimately tied to Catholic thought: Scholasticism, particularly the Thomism that had for centuries been the de facto and (at least since Leo XIII’s Aeterni patris) official philosophy of the church. The concepts and arguments of Thomism were so integrated into official interpretations of church teachings that it seemed impossible to understand them at a college level without a solid grounding in that philosophy.

Over the next fifty years, however, almost all Catholic philosophy departments moved away from Thomism, with the most successful (like Notre Dame) making their name in the American mainstream, which is dominated by “analytic philosophy,” an approach at best neutral toward religion and often opposed to it (about two-thirds of analytic philosophers identify as atheists). It might then seem that today any philosophy requirement at Catholic colleges is a mistake, since philosophy is now a thoroughly secular discipline that even secular schools don’t see as essential in their core curriculum.

But this line of thought misreads both the role of philosophy in the Catholic tradition and the resources that current philosophy offers thinking Catholics. Unlike some other Christian traditions, Catholicism has from the beginning insisted on formulating and defending its doctrines in terms of the best available philosophical thinking, secular or otherwise. Here, of course, the paradigmatic examples are Augustine, who adapted the pagan philosophy of the neo-Platonists, and Thomas Aquinas, who employed the newly available philosophy of Aristotle (and also made considerable use of the work of medieval Jewish and Islamic Aristotelians). Eventually, the church found Aquinas’s synthesis of Christian thought and Aristotelianism the best available philosophical thinking for its purposes.

In the modern age, the church found none of the newly dominant philosophies congenial and maintained its allegiance to Thomism, although this mode of thought was becoming gradually less significant in the greater philosophical world and eventually survived almost entirely because of its connection to the church. For the first time in its history, the church gave up its tradition of thinking in light of the best available philosophy.

The claim, of course, was that the dominant modern philosophies were so opposed to church doctrines that no synthesis of the sort Augustine and Aquinas had carried out was possible. That claim becomes questionable when we think of the strong religious roots and affinities of classical modern philosophers such as Descartes, Leibniz, Kant, and Hegel. In retrospect, the church’s blanket condemnation of them seems more tied to their quarrels with Scholasticism than to their essential incompatibility with Catholicism. Their philosophies were better candidates for Catholic appropriation than the naturalism of Aristotle was before Aquinas got hold of it.

The church’s aversion to modern philosophy may have made sense in the mid-twentieth century, when the most influential philosophical movements were logical positivism, which saw science as the only source of truth, and atheistic existentialism. But at least since the 1960s, the analytic philosophy that succeeded positivism has not been limited by scientistic presuppositions; on the contrary, it has provided essential tools for defending and developing the entire range of philosophical positions, including traditional views in metaphysics and ethics. So, for example, some of the strongest proponents of traditional Christian philosophical positions, including Ernan McMullin, Alvin Plantinga, Alasdair MacIntyre, Peter van Inwagen, and Robert Audi (to list only Notre Dame philosophers!) have been elected presidents of the American Philosophical Association, one of the highest distinctions in the profession. Similarly, among the most prominent recent European philosophers are Paul Ricoeur (Protestant), Emmanuel Levinas (Jewish), and Jean-Luc Marion (Catholic), and even nonbelievers have been writing sympathetic books about St. Augustine and St. Paul.

By abandoning the tradition of incorporating the best of contemporary philosophy into its thinking, the church greatly weakened its intellectual strength and influence. But there can no longer be any doubt that the philosophy of the past fifty years offers rich resources for a renewal of the church’s traditional alliance with philosophy. Philosophy today is no longer a matter of a single method or vision, but of a variety of approaches that offer our undergraduates knowledge essential for the rigorous philosophical thinking Catholicism has always demanded.

IT'S IMPORTANT TO KEEP IN MIND that the point of a philosophy requirement is not to teach students Catholic doctrine. That important task falls to the theology department. The role of philosophy is to introduce students to the problems, concepts, and arguments that philosophers, from Plato to the present, have developed to think rigorously about the fundamental questions of human life. This thinking employs (as St. Thomas would put it) reason “unaided” by any “divine revelation.” This is in contrast to theology and other forms of “Catholic thinking,” which assume and elaborate revealed truths. Philosophy does not assume Catholic doctrines but rather provides the philosophical resources needed for informed and rigorous thinking about the universal human questions to which these doctrines respond.

There are, of course, many other disciplines that study important intellectual aspects of Catholicism. The history of the Reformation, a literary analysis of Dante, the psychology of religious experience, or a survey of medieval and Renaissance art can make important contributions to a Catholic education. But for reflection on the philosophical claims woven into the fabric of Catholic doctrines—views about God, freedom, the mind, and ethical values—students need training in the discipline devoted to studying them. Such training is essential for graduates of a Catholic university to deal with challenges to the faith that inspired their education.

But, a critic may urge, how can philosophy do this, given the widely acknowledged fact that the discipline provides no decisive answers to any of the fundamental questions it has tried to answer for over 2500 years? Philosophy—at least in the secular form it now takes—offers no body of knowledge capable of grounding the Catholic faith. In fact, it’s more likely to undermine an immature faith.

The answer is that philosophy does offer a body of knowledge. It consists of the careful conceptual distinctions, the metaphysical pictures, and the rigorous lines of argument needed for a responsible intellectual engagement with fundamental human questions. Such engagement seldom if ever provides the foundation of our basic convictions, whether religious or otherwise. But for an educated person these convictions require what I have called “intellectual maintenance.” This involves the hard thinking that enables us to understand our convictions, draw out their consequences, and see how they relate to one another. It also requires an ability to understand and evaluate opposing views, and to assess the challenges they pose to our convictions.

An immature faith may—and sometimes should—falter in the face of such scrutiny. But the roots of our convictions go much deeper than any intellectual inquiry, and gaining or losing a faith is never merely a matter of having found a new argument. Still, any faith, any set of fundamental convictions, requires intellectual maintenance. One of the great strengths of the Catholic tradition has been its deployment of philosophy as an essential instrument for understanding, developing, and defending its teachings. A Catholic college owes its students at least two courses that will ground them in this discipline integral to the religion that inspires its educational mission.