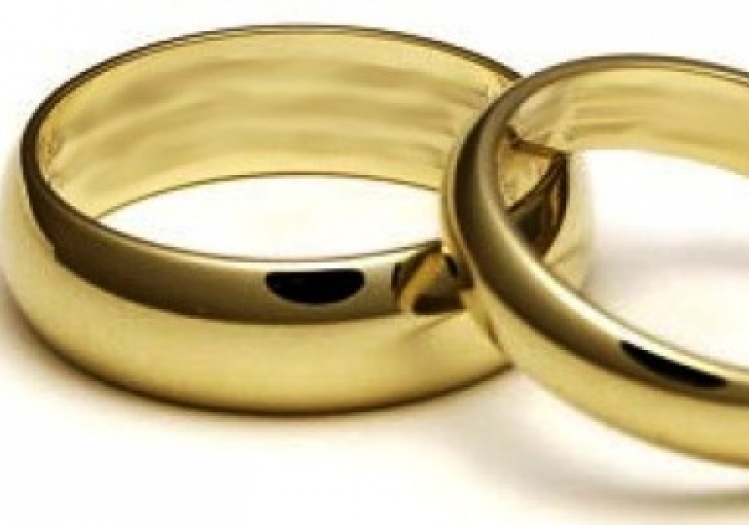 For most of its history, marriage has been about the melding of families (it’s still  about this, as married couples often learn after the fact) and the protection of women and children, not, or not primarily, about romantic feelings. The easy dismissal of the definition of marriage as an institution necessarily involving both male and female—sometimes one male and many females or, much more rarely, vice-versa—is a problem. This has been a basic part of our understanding of marriage until so recently that the reaction against those who would dispense with it is understandable.

But in some ways we Christians have, by acquiescing to the coercive nature of law, painted ourselves into this corner. Until the ninth century Orthodoxy did not have a separate liturgy for marriage. People married according to the custom of their country. The empires, East and West, made the church responsible for the legality of marriage and its dissolution, and the distinction between marriage as a sacrament and as a legal contract was blurred. To this day we haven’t gotten over this confusion.

I find it ironic that a country that prides itself on the separation of church and state has made such a hash of this. If we were really serious about upholding that principle, we would arrange things so that couples—same-sex or heterosexual—who want a contract that affords certain legal privileges and comes with certain obligations would obtain a license for a civil union from a city or county clerk. Then, if they also wanted a sacramental union, a wedding, or some other religious bond, they would go to a priest, rabbi, minister, or imam. Some religious bodies would permit this, others wouldn’t, but the distinction would be clear.

This seems to me a simple matter of justice. Anyone willing to make a life-long commitment to another person should be allowed to. Such commitments can only strengthen our common social bonds, and in a society where so many kinds of personal bonds seem to be dissolving, anything that promotes fidelity should be encouraged.

At the same time, while such unions should provide the same legal benefits as marriage, they should also be seen as different from Christian marriage. But in America we have so confused the sacrament with the legal arrangement as it bears on insurance, hospital visitation, inheritance, etc., that the meaning of marriage as a Christian mystery has been lost in legalism. This is partly because of the country’s Protestant heritage, which never recognized marriage as a sacrament in the first place. But many Catholics—including Catholic bishops—have been guilty of the same confusion, though not all: apparently Pope Francis, as a bishop in Argentina, opposed same-sex marriage but suggested that the bishops accept civil unions as an alternative. The other bishops didn’t agree.

It always struck me as odd that marriage is the only occasion when I, as a priest, have to deal with an agent of the state. An Irish Dominican friend, trained in law, said, “I think the church should get out of the civil marriage business.” So do I. My ideal—a sharp distinction between marriage and civil unions for both heterosexual and same-sex couples—might have worked if the church hadn’t settled into such a cozy relationship with the state in the first place.

But the church long ago drank the Constantinian Kool-Aid in this and other matters, and continues to ask the state to enforce its own confused idea of what marriage entails. What we have to face now is not just a case of having lost the cultural battle over issues that matter—and should matter—to us morally. We’re also dealing with the church’s ancient mistake of entering into an alliance with Caesar and asking the coercive power of the state to defend the church’s morality.

It seems to me a matter of justice to grant same-sex couples the same rights heterosexuals have under the law, and to require the same obligations. At the same time, to redefine marriage in terms of romance, personal feeling, and a rather Victorian sense of family, along with a sentimental approach to children, is a mistake. It is to act as if our present understanding of family, historically limited as it is, were the definitive one—the last stage in a long line of progressively more perceptive understandings of marriage rather than the contingent result of our current and, to my mind, overly sentimental presumptions.

There is and should be a radical difference between secular marriage as a legal contract and Christian marriage as a sacrament, a sign of the mystery that unites Christ and the church. If we care about the survival of Christian marriage, this difference should be our central concern. But we’ll only get our priorities right when, as my Irish friend suggested, we get out of the civil-marriage business and wean ourselves from having the state enforce our way of life.