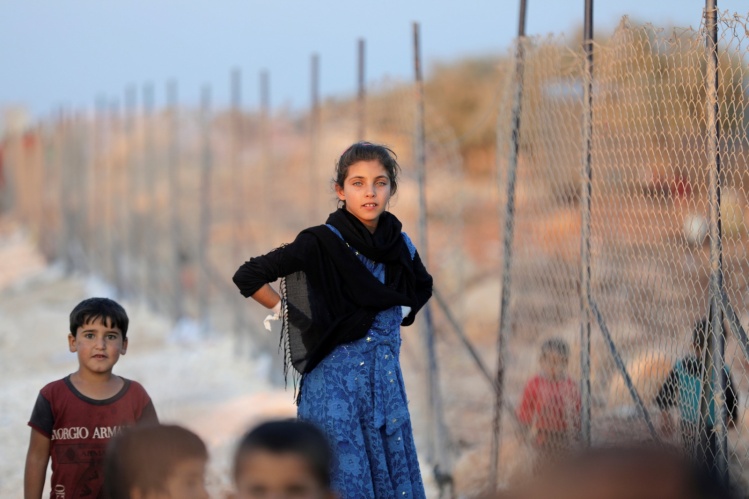 As Syria enters the tenth year of its civil war, the northwest region of Idlib is in ruins. One of the last remaining rebel holdouts, Idlib has seen as much as a third of its buildings destroyed since December, when Syrian President Bashar al-Assad, supported by Russian air forces and Iranian-backed ground militias, initiated attacks to reclaim the region. In response, Turkey, which supports the rebel militias, demanded that Syria and its allies remove their forces from areas that had been designated as de-escalation zones by the end of February. Syria ignored the ultimatum, and the resulting war-within-a-war has had disastrous consequences: almost a million civilians have been displaced, some for the second or third time since the war began. Many are fleeing to Turkey, hoping to find shelter in Europe. The United Nations undersecretary general has called the situation in Idlib “the biggest humanitarian horror story of the twenty-first century.”

On March 5, Turkish President Recep Tayyip Erdoğan and Russian President Vladimir Putin agreed to a ceasefire deal, halting what could have turned into direct conflict. The agreement solidifies the territorial gains that the Syrian government has made since December, including access to vital highways—a major loss to both Turkey and the rebels (including Islamist extremist groups with ties to Al-Qaeda). As of this writing, despite small violations on Syria’s part, the ceasefire agreement appears to be holding, granting a much-needed reprieve to civilians suffering under Syrian attacks. But the fact remains that Assad is determined to take back Idlib, and when he strikes, Turkey will likely try to stop him.

In a war marked by the use of chemical weapons against civilians and attacks on hospitals, Assad has long made clear that he considers the lives of Syrians expendable.
sharetweet

Why did Turkey, a NATO member with greater military power on the ground in Idlib than either Syria or Russia, agree to such a disproportionate deal? The answer has to do with the migrant crisis on both of Turkey’s borders. The worse the humanitarian situation in Syria gets, the more people attempt to cross Turkey’s eastern border. Turkey has already taken in 3.7 million refugees, and is feeling the infrastructural burden of such a rapid influx. Meanwhile, on Turkey’s western border, refugees from Syria and elsewhere are attempting to cross into Greece and the rest of Europe. Anticipating the flood of refugees from Idlib, Turkey announced on February 28 that it would no longer abide by its 2016 immigration deal with the European Union in which it committed to keeping migrants from entering Europe in exchange for funds to shelter them.

European leaders are right in criticizing Turkey for using suffering people as bargaining chips, perhaps to draw Europe into the Syrian conflict. But Europe is far from blameless. The 2016 deal and others like it have cut the number of migrants entering Europe dramatically, but at the cost of outsourcing the problem to countries with poor human-rights records, where migrants often suffer from starvation, assault, and homelessness. As Turkey lets migrants into Greece, Greece has suspended its asylum process. The European Union has granted emergency aid to Greece to fortify its borders; in the announcement, European Commissioner Ursula von der Leyen called Greece the “shield” of Europe—a telling choice of words.

In a war marked by the use of chemical weapons against civilians and attacks on hospitals, Assad has long made clear that he considers the lives of Syrians expendable. As residents flee a ruined Idlib, the rest of the world is giving them much the same message. Ahmad Yassin Leila, a Syrian man whose infant daughter Iman froze to death as they made for the Turkish border, put it simply: “Nobody cares.”