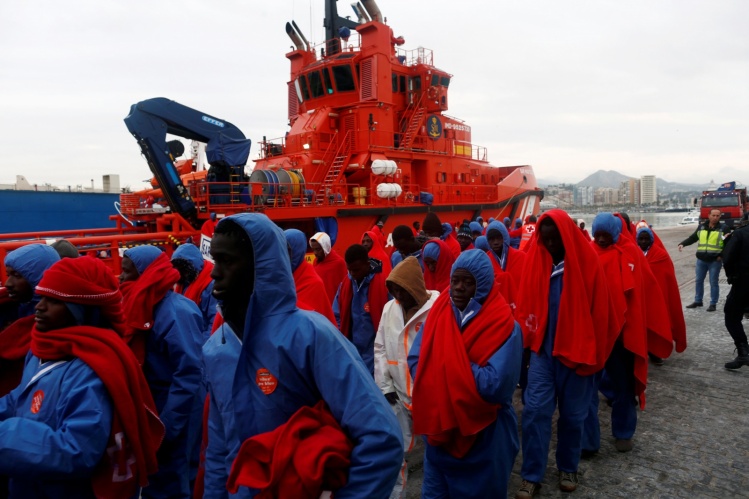 Four years ago, the Mediterranean migration crisis was at its peak. People were fleeing civil war in Syria and violence, poverty, and the effects of climate change in the Middle East and sub-Saharan Africa. In their efforts to find refuge in the countries of Europe, many were dying—including thousands who drowned attempting to make the perilous sea crossing in overcrowded vessels operated by smugglers.

Since then both the number of people trying to reach the continent and the number of deaths has declined. But that’s due in large part to the agreements that the European Union struck with countries through which migrants often cross—like Turkey, Libya, and Niger, which have effectively taken on the job of stemming the flow to Europe. In other words, the crisis has not so much ended as been outsourced, while in the process heightening the dangers and abuses to which migrants are exposed.

The EU’s arrangement with Libya stands as the most illustrative example. Since 2017, Italy has been training the Libyan Coast Guard on how to prevent migrants from attempting to cross the Mediterranean Sea. It has also funded the construction and maintenance of migrant-detention centers in the country. From the EU’s point of view, the arrangement has been successful: departures from Libya to Europe have declined by 87 percent.

People don’t want to flee their homes unless they have to. They need somewhere to go.
sharetweet

But consider it from the perspective of those who find themselves detained there. Libya not only has one of the world’s worst records on human rights—it is also in the middle of a civil war. Reports have emerged of African migrants being sold by smugglers into manual labor or sexual slavery. Many are held for ransom until their families pay for their release; if families can’t or won’t pay, migrants are killed or abandoned. Those held in detention centers run by the Libyan government—a number estimated at 5,600—fare little better. They’re confined to cramped and unsanitary spaces, deprived of food, and regularly suffer torture, beatings, and sexual violence at the hands of guards. Some are pressed into manual labor inside the camps, while others are sold into slavery outside them. The plight of detainees went largely unnoticed until earlier this year, when General Khalifa Haftar’s army conducted airstrikes on detention facilities, killing dozens.

The EU insists that it is doing all it can to protect migrants and fairly evaluate the asylum claims of those waiting in limbo. And in response to international outcry after the airstrikes, it is expected to make another deal, this time with Rwanda, to accept migrants evacuated from Libya—though only a mere five hundred. They’re expected to be transferred as they await resettlement in Europe or, more likely, deportation to their countries of origin. But, as in Libya, Turkey, and Niger, migrants can expect no guarantee of safety; by the EU’s own admission, Rwanda also has a record of serious human-rights abuses. As Judith Sunderland of Human Rights Watch put it, “There’s not much hope then that the exact same process in Rwanda would lead to dramatically different outcomes.”

Human-rights activists have called on the EU to change its approach entirely, to stop outsourcing the care of the displaced to underequipped and dangerous countries. The same demand could be made of the United States, Australia, and other wealthy nations enacting similar policies. Better still would be a truly international reckoning with the fact that mass migration is only likely to increase thanks to factors like climate change and food insecurity. People don’t want to flee their homes unless they have to, and then they need somewhere to go.