A Hole in the Basket

With Sunday Collections, You Get What You Give
By Fr. Nonomen
U.S. Catholicism
Religious Life 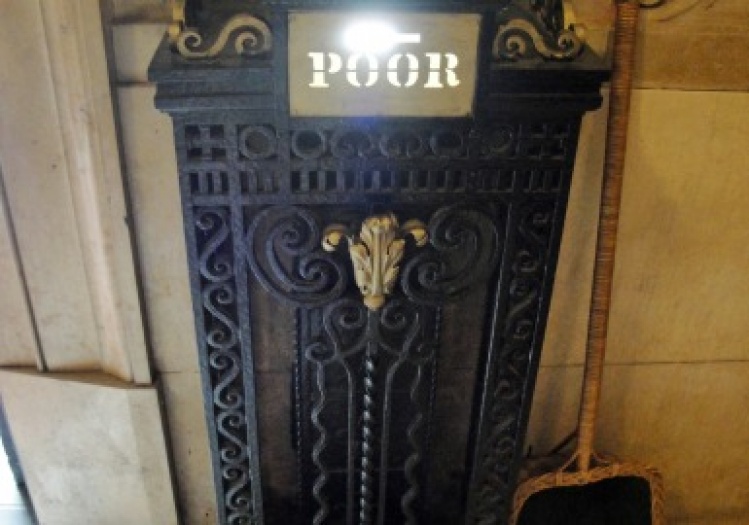 Whenever I’m with a group of fellow priests, especially pastors, the conversation usually gets around to the Sunday collection. A tough economy, high unemployment, and a general decline in Mass attendance have resulted in lower collections at many parishes. Finance committees and pastors are struggling to pay the bills, let alone expand ministries. But when my colleagues trade hardship stories and debate the merits of hiring a professional revenue-raising company, I tend to keep quiet or leave the room to check my cell phone. You see, our parish collection has been increasing dramatically for the past several years. If I try to explain why this has happened, my colleagues eye me with suspicion, as though I’ve just disclosed that we started baptizing pets as a fundraiser. Nobody seems to believe me, but in my experience the secret to increasing the parish collection is a simple one: Start giving the money away.

I know my strategy doesn’t seem logical, and there are a million reasons why it shouldn’t work. This “tip” wasn’t whispered in my ear by a Carmelite statue or revealed to me in a road-to-Damascus Moment. As I think about it, I was primed to consider it by two experiences that are separated by thirty years. The first was a parish assignment while I was still in the seminary. It was a poor, inner-city church staffed by truly joyful men and women. They worked hard, laughed a lot, and worried about a lot of things—but never about money. “God will figure it out,” they often said. “We have to concentrate on doing our work well, and God will worry about financing it.” Sure enough, clothes, food, and checks for substantial amounts would appear. Sometimes the gifts were anonymous, but more often the money arrived thanks to personal relationships or connections that only God could make possible. Those months provided me with a priceless lesson about ministry and trust, both in God and in people.

The second moment came in the form of a handmade banner that I happened to see while walking out of a church a thousand miles away from where I live. The words on the banner were simple and straightforward: We give 7 percent of every collection to the poor. Impressive, especially considering the banner was hanging in another inner-city parish with few financial resources.

I did not put those two experiences together until about six or seven years ago, when someone in my parish told us about some children a few towns away who needed new clothes for school. After discussions with the staff and the pastoral council, we decided to dedicate a percentage of the profits from our largest annual fundraiser to this cause. It seemed natural and right, and I was eager to see whether combining fundraising with charity would work in my particular suburban parish. That year, the profit from the fundraiser broke all records. We tried the same approach again—a different fundraiser, a different charity—with the same result. Slowly, over the years, a sense of generosity began to build. Through individual benefactors, we’ve been able to sponsor events at which every single dollar raised goes to a charitable organization. And people began sending checks to be “given to someone in need.” Because our parish staff is in touch with folks across our community, these funds have quietly helped with mortgage payments, tuition costs, and house repairs. Although the privacy and sense of dignity of those helped is strictly respected, word about such good deeds gets out, even more people want to participate, and more checks come in.

None of this has lessened the Sunday collection. It has increased significantly every year, along with Mass attendance and parish enrollment. I suppose it all has to do with trust. Even with fewer dollars at their disposal, people want to participate in good works. If it is evident that donations are used to meet real and urgent needs, people find a way to give even in pinched circumstances. We all have to trust that God is continually at work, figuring things out, planting ideas, making the connections, and passing the basket. Or, in other words, a good way to increase the Sunday collection is to put a hole in the basket.