The High Cost of Netanyahu's Comeback 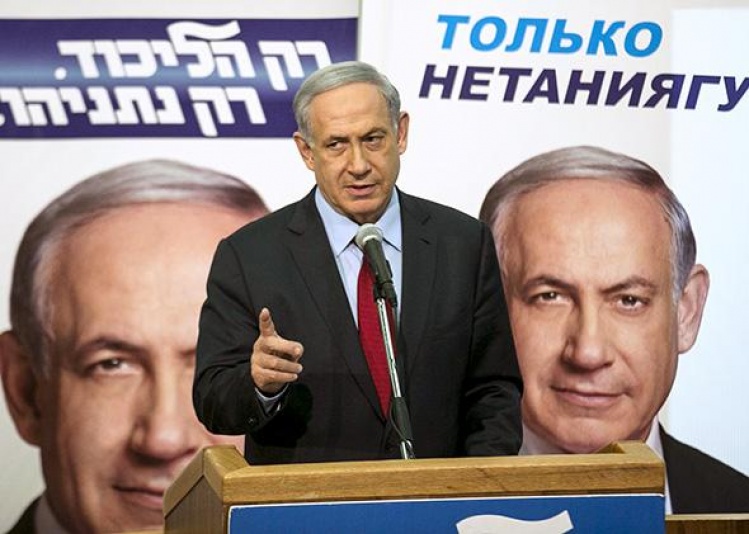 Wednesday was a hard day for pro-Israel liberals.

On Tuesday, the exit polling found Likud essentially tied with the Zionist Union. Netanyahu’s apparent thirty-to-twenty-four seat advantage over Herzog in Israel’s one hundred and twenty-member parliament emerged only when nearly all the votes had been counted in Wednesday’s early morning hours. Sen. John McCain, R-Ariz., proclaimed on Twitter: “Congrats to Bibi -- the comeback kid!”

But far more disturbing than Netanyahu’s electoral miracle (at his victory party, his supporters proclaimed him a “magician”) was the way he brought it about. Seen abstractly as a matter of pure politics, his moves were brilliant. Viewed in light of Israel’s long-term survival, they were reckless, or worse.

Netanyahu’s only path to survival was to boost Likud’s vote and seat-share at the expense of smaller right-wing parties. And so he tacked hard to the right. He abandoned his publicly stated support for a Palestinian state and engaged in what The Atlantic’s Jeffrey Goldberg saw as a version of the old Republican “Southern strategy” that had been aimed at consolidating white votes.

On Election Day itself, Netanyahu made reference to the relatively high turnout among Israel’s Arab voters and declared: “Right-wing rule is in danger. Arab voters are streaming in huge quantities to the polling stations.” Goldberg translated this as: “The Arabs are coming!”

That Arab citizens can vote in Israel reflects its commitment to democracy. A “Joint List” that aligned various Arab parties in a single bloc emerged as Israel’s third largest party. Yet as Goldberg noted, the Joint List was not the real threat Netanyahu faced. It was just an excuse for incendiary words to rally the right.

They did. Polling analyst Mark Blumenthal and his Huffington Post colleagues noted the right-of-center and religious parties had been slated by the pre-election polls to win fifty-seven seats -- exactly where the current tallies have them. Days earlier, polls showed Netanyahu winning only twenty-one or twenty-two of those seats. He won thirty. The Jewish Home Party, led by next-generation right-wing politician Naftali Bennett, ran three to four seats below the pre-election poll projections, while the far-right Together Party, once projected at four seats, appears to have been shut out of the Knesset, Israel’s parliament, pending final returns.

So in electoral terms, Netanyahu’s gambits worked. But at what cost to Israel’s future?

Israel was already divided, but the harshness of the campaign split it further. The Israeli center-left very nearly succeeded in making the campaign about Israel’s social and economic problems and the country’s sharp class divide. Those will not go away. But in the end, Netanyahu made this into the one election he could win, focusing voters’ attention on security just before they cast ballots. As the political writer Anshel Pfeffer noted in the left-of-center newspaper Haaretz, the Israeli left needs a dose of populism to “truly engage with the Israeli working class.” Sound familiar?

Much will depend on Moshe Kahlon, a one-time Likud politician who was the other big winner on Tuesday. He broke with Netanyahu to form a new, more centrist party that secured ten seats. The betting in Israel is that he will join Netanyahu’s coalition. But the side bet is that because he and Netanyahu dislike each other and will disagree on policy, the coalition won’t last long. This could mean another election soon. And while Herzog failed, his Labor Party is better positioned than it has been since the late 1990s.

Liberal friends of Israel are not going to abandon their commitment to the survival of a democratic Jewish state because of one extremely troubling election campaign. Yet neither will they give up on the idea that recognizing the right of Palestinians to their own state -- a view advanced by George W. Bush no less than by Barack Obama -- is in the interest both of justice and, over the long run, of Israel itself.

Netanyahu has played fast and loose not only with those loyalties but also with the moral commitments of a large share of his own people. He will not easily live down the way he chose to win.