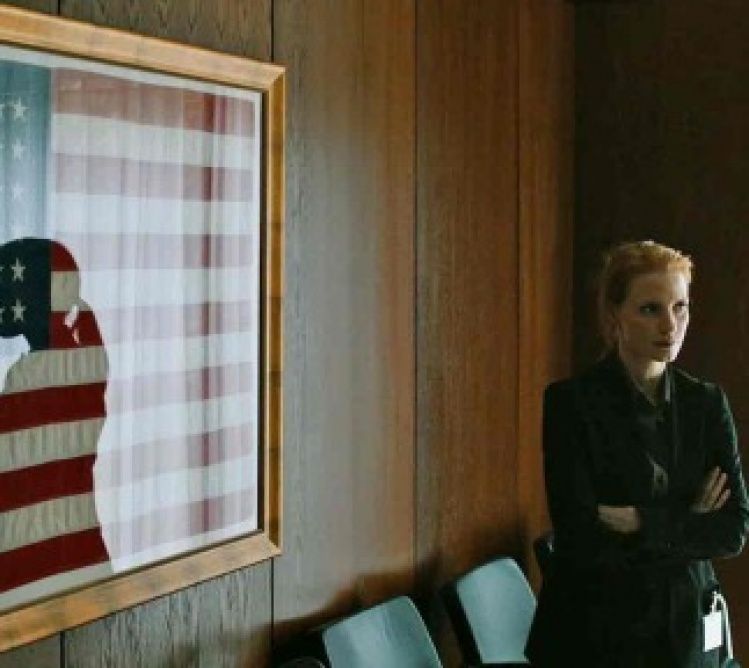 If you knew only the plots of Argo and Zero Dark Thirty, you might conclude that they are sibling movies. Both are based on actual events—respectively, the rescue of U.S. embassy staff during the 1979 Iran hostage crisis and the hunt for Osama bin Laden. Both are tributes to CIA tenacity and ingenuity, and both were made by expert directors acclaimed for thoughtful thrillers—Ben Affleck (The Town) and Kathryn Bigelow (The Hurt Locker), both of whom were denied Oscar nominations in January, though the movies themselves received several nominations in other categories. Finally, both movies mix fiction with fact. But when you actually see the films, you discover they belong to different artistic universes. Argo is a singularly ingratiating thriller. When the CIA discovers that some of the U.S. embassy’s staffers in Tehran have been given secret asylum by the Canadian ambassador, agent Tony Mendez is authorized to organize their escape by disguising them as Canadian filmmakers scouting locations for a cheesy science-fiction epic. Mendez enlists the aid of an over-the-hill producer (an amalgamation of several movie people who aided Mendez), played by Alan Arkin, and makeup man John Chambers (a well-known Oscar-winner who worked on the Planet of the Apes series), played by John Goodman. The Hollywood people are glad to show their patriotism in such a practical way, but they are also cynically amused by the fact that, in a town thriving on bluff, they can now do good precisely by perpetrating movieland chicanery. Goodman, his craggy face aglow with mischief, and Arkin, his darting eyes and volatile voice never so well employed, turn this thriller into a near-comedy. But Affleck, who in addition to directing the film also plays Mendez, never lets the comedy swamp the suspense. It’s a beautifully modulated movie.

The trapped embassy staffers aren’t vividly characterized. If they had been, Argo would have been more like another Alan Arkin film about hostages, Four Days in September. That 1997 movie was claustrophobic, intense, anguished. But Argo’s lively script, written by Chris Terrio and based on a memoir by the real Tony Mendez, concentrates instead on the rescuers and their frenzied, often comic manipulations, and this keeps the movie light, rapid, and exhilarating. Here are con artists we can root for in good conscience, and their unpretentious, roguish brand of patriotism makes us cheer their scheme on all the more. At the end of some of the best escape movies—Grand Illusion, Midnight Express, The Great Escape—you say “whew!” At the end of Argo, you might want to shout ¡Olé!

You won’t want to shout anything at the end of Zero Dark Thirty; in fact, you may feel like crawling out of the theater under cover of night. The title is a military term for half-past midnight and therefore stands for the darkness and secrecy in which certain operations are carried out. Beginning with scenes of torture and concluding with an assassination that includes the killing of a woman and the intimidation of children, this is a harsh, grinding film, an estimable work but not exactly an enjoyable one. Should it have been? I think its very dankness proceeds from its creators’ courage and conscientiousness.

Bigelow and scriptwriter Mark Boal have been accused of justifying torture because, in their film, the threat of torture to a man already disenchanted with Al Qaeda leads to information about a courier who, in turn, leads the CIA to bin Laden. Understandably, many of those who make this accusation want to hear that torture never works and so can be forsworn without cost. But what if torture had led to bin Laden’s death? Would that mean it must be defended? Shouldn’t we reject a successful abomination?

Rather than telling us that the end justifies the means, Boal and Bigelow create the character of Maya (based on several CIA agents, male and female), who will use any means necessary to kill bin Laden. Maya begins her tour of duty in Pakistan, sickened by the torture she witnesses. But she refuses to distance herself from it; she insists on being in the room where it’s happening rather than watching it on a monitor, as the head interrogator recommends. Her honesty about what she’s getting into keeps her close to the victim’s agony. More than close—it makes her complicit: she carries over the water used to half-drown the suspect.

We think of empathy as leading naturally to mercy, but Bigelow and Boal implicitly deny this in their portrayal of Maya. She does feel a kind of empathy for the gasping man being waterboarded, but this does not move her to try to spare him. One of the many virtues of Jessica Chastain’s performance as Maya is that she makes this emotional self-smothering visible. Does the movie applaud Maya’s steeliness? The answer lies not in the results, not in the brute fact of bin Laden’s corpse, but in the treatment of the events that led to that death. In short, in the film’s style. In art, style does not coat morality and immorality. It is the morality.

And here is what puts Zero in a different universe from Argo. There is nothing jaunty, swashbuckling, or comical in its treatment of the mission to kill bin Laden. It soon becomes clear that this mission is such a wearying, soul-scarring process that it requires a kind of fanaticism to see it through. Mere ambition and devotion to duty aren’t enough. Maya’s initial collaborator, Dan, is efficient at brutal interrogation, but he’s also drained by it and finally seeks a transfer. It’s the perpetually wound-up, unsmiling Maya who’s right for the job.

Though Chastain’s performance is one of the film’s strengths, the screenplay’s characterization of Maya is somewhat blurred. Chastain’s burning stillness convinces from moment to moment, yet the overall impression is one of opaqueness. Unlike Affleck’s Mendez, Maya has no backstory and there’s no way to picture her apart from her work. She is her work: not so much a real person for the audience to applaud or deplore as a fury set in motion by 9/11. Two-thirds of the way through the movie, the script backs away a bit from its conception of Maya by creating a friendship between her and another agent, Jessica (played by the always appealing Jennifer Ehle), which ends with the latter’s death in the notorious terrorist strike on Camp Chapman. This loss is supposed to deepen Maya’s determination—“I’m gonna smoke everyone involved in this op, and then I’m gonna kill bin Laden”—but wasn’t she always this determined? Is Boal suddenly trying to make Maya more “human” by having her avenge a personal loss rather than a national disaster? I got the impression of suspenders being fastened on the story even though a belt was already securely in place.

Nevertheless, in the concluding scenes, Maya’s very opacity, Chastain’s fierceness, and Bigelow’s artful cross-cutting between the Navy SEALs’ mission and Maya waiting back at headquarters all combine to give the climax a mythological resonance. The montage makes it look as if Maya is presiding over the deadly hunt even though she is miles away. And when the SEALs present the corpse to her for official identification, the effect is of a sacrificial victim being laid at the feet of a high priestess. This ritualistic quality is far removed from movies like Rambo, which try to get us to experience vengeance as savage delight. Bigelow and Boal aim more at a feeling of es muss sein: “It must be.” Their film suggests that the raid on Abbottabad was already written the day the two towers of the World Trade Center melted and thousands died. After the raid, Maya sits in a military air transport, its only passenger. “Where do you want to go?” the pilot asks. She bursts into tears. She has fulfilled her function and is now reverting to whatever kind of human being she was before her assignment. The furies are satisfied. Are we?