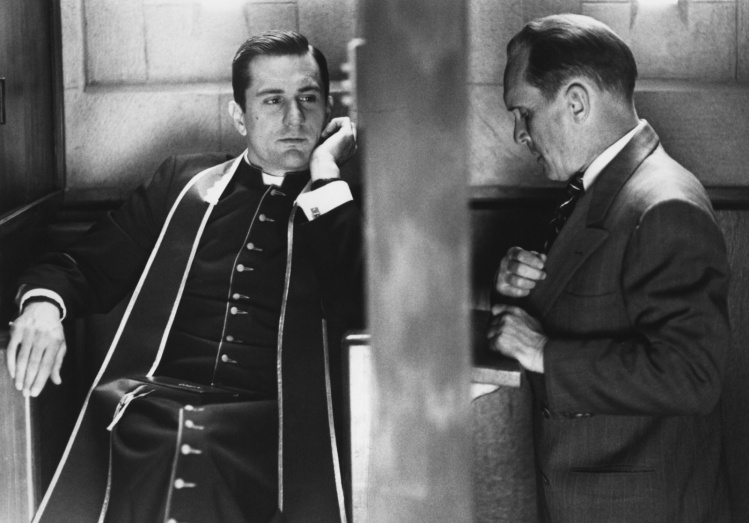 The pandemic lockdown has given us a lot of time to read. How do you decide which book to pick up next? In my case, it is often a serendipitous path. Here’s an example.

Andrew Bacevich, a frequent Commonweal contributor and personal favorite of mine, is a remarkably prolific writer. Still, I was surprised and impressed to come across the New York Times Book Review’s front-page review of American Conservatism: Reclaiming an Intellectual Tradition, a collection of essays Bacevich has somehow found time to edit for the Library of America. The reviewer was George F. Will, the longtime Washington Post columnist. It was a persnickety review, Will’s principal complaint being that Bacevich’s selections were so idiosyncratic “that ‘conservative’ comes close to being a classification that no longer classifies.” Perhaps.

Will ends his review praising Bacevich’s inclusion of an essay by the journalist, novelist, and screenwriter Joan Didion titled “The Women’s Movement.” Other reviewers have questioned Didion’s conservative credentials—she often writes for the New York Review of Books, and has been a strong critic of U.S. military adventurism. But Didion’s ideological sympathies, like those of her late husband John Gregory Dunne, are not easily “classified.” Noting that Didion once wrote for National Review, Will quotes some reactionary-sounding lines from her essay, including this one: “One oppressed class after another had seemed finally to miss the point. The have-nots, it turned out, aspired mainly to having.”

Strong stuff. I’ve read my share of Didion, but couldn’t remember reading “The Women’s Movement.” As luck would have it, I was able to find my yellowing copy of The White Album, her celebrated 1979 essay collection. I read it decades ago. The piece is, as Will described it, “a stiletto of an essay.” In some ways, it is not unlike the inflammatory things Norman Mailer wrote about the women’s movement in the 1970s. Didion’s principal complaint was that the movement’s rhetoric, especially its portrait of women as powerless victims, dismissed what was unique to women’s experience. Missing was “all one’s actual apprehension of what it is like to be a woman, the irreconcilable difference of it—that sense of living one’s deepest life underwater, that deep involvement with blood and birth and death—could now be declared invalid, unnecessary, one never felt it at all.” Whether one was a have or a have-not, that was a fearless thing to write in 1972.

Didion received the 2006 National Book Award for The Year of Magical Thinking, her memoir about the 2003 death of her husband and the illness of their daughter, Quintana. Dunne was also a journalist, novelist, and screenwriter, and wife and husband worked more or less side by side for the forty years of their marriage. Piled up next to my dog-eared copy of The White Album were several books by Dunne that I had never gotten around to reading, including Harp, a memoir of growing up Irish Catholic in West Hartford, Connecticut, in the 1940s.

Like his wife, Dunne had an abiding interest in, and a cleared-eyed view of, the struggle between the haves and the have-nots.
sharetweet

I first came across Dunne’s name in connection to the 1981 movie True Confessions, made from his bestselling novel of the same title. Dunne and Didion wrote the screenplay. It’s a terrific film. Set in 1940s Los Angeles, it stars Robert De Niro and Robert Duvall as the two feuding Spellacy brothers, who end up on opposite sides of a sex scandal involving the Catholic Church. De Niro plays the ambitious priest; Duvall, the cynical detective. The interactions between De Niro and the Machiavellian cardinal archbishop, as they scheme to avoid a public scandal, are pitch perfect, as is the guarded affection between the two brothers. The cardinal, played by Cyril Cusack, is clearly modeled on Cardinal McIntyre, the Los Angeles archbishop notorious for building a real-estate empire for the church in Southern California.

Dunne grew up in a well-to-do family. His father was a surgeon and head of a local hospital. His maternal grandfather started out as a grocer and ended up a banker. “From steerage to suburbia in three generations,” is how Dunne puts it. He was named after St. Paul’s archbishop, John Gregory Murray, who married his parents. Murray had been an auxiliary bishop in Hartford, and was the first native of Connecticut to become a Catholic bishop.

The Dunnes lived in a house with a six-car garage across the street from the Hepburns, as in Katharine Hepburn. Like the Hepburns, they had a summer place in Old Saybrook on Long Island Sound. Still, as Catholics they were outsiders in a place where “Yanks” controlled the important cultural and social institutions. In Harp, Dunne confesses that he “not only wanted to be assimilated, I was ashamed of being Irish…. What I wanted most in my life was to be an Episcopalian.”

He attended a parochial school run by the Sisters of Mercy, who rarely showed any. “The parochial schoolyard is a breeding ground of class hatred,” he writes. “It was there that I became suspicious of all authority, of anyone who would speak for me.” After his father’s sudden death from a heart attack in 1946, when Dunne was fourteen, he was sent off to the Portsmouth Priory School in Rhode Island. Dunne himself suffered from heart disease, and died from a massive “coronary event” when he was seventy-one. His health problems and angioplasty procedure feature prominently in Harp, as does a sojourn in Ireland, where he tried, unsuccessfully, to track down his family’s origins.

Like his wife, Dunne is skeptical and prickly, distrusting most of what people tell him. He pleads guilty to being a wayward student at Princeton. He drops out of Stanford Business School soon after enrolling. He ends up in the Army as a PFC, and is stationed in Germany for the better part of two years. Here Harp dwells a little too much on the sort of obligatory sexual candor featured in the writing of many “lapsed” Catholics of a certain age. But Dunne credits his experience in the army with making him the writer he eventually became. It exposed and expunged his privileged assumptions and affectations. “Had I not been drafted, I almost surely would have remained what I had become—the quintessential Princeton prig,” he writes. “What the service had provided was an exit visa from the stalag of the middle class into the terra incognita of the culturally and economically stateless, that hardscrabble patch where I have mined so much of my material…. If I had not gone into the army as an enlisted man, if I had not experienced what it was like to be a have-not, with the have-not’s almost palpable distrust of the haves, I doubt that I ever would have been so professionally drawn to outsiders.”

So it was George F. Will who led me back to Didion, and from Didion I have now made my way through Dunne’s Harp, as well as Crooning and Quintana & Friends, two collections of his essays and reportage. Like his wife, Dunne had an abiding interest in, and a cleared-eyed view of, the struggle between the haves and the have-nots. As the casualties from COVID-19 mount, the next chapter in that seemingly ineradicable conflict is now being written. I wish Dunne were here to write the stiletto of an essay this moment requires.