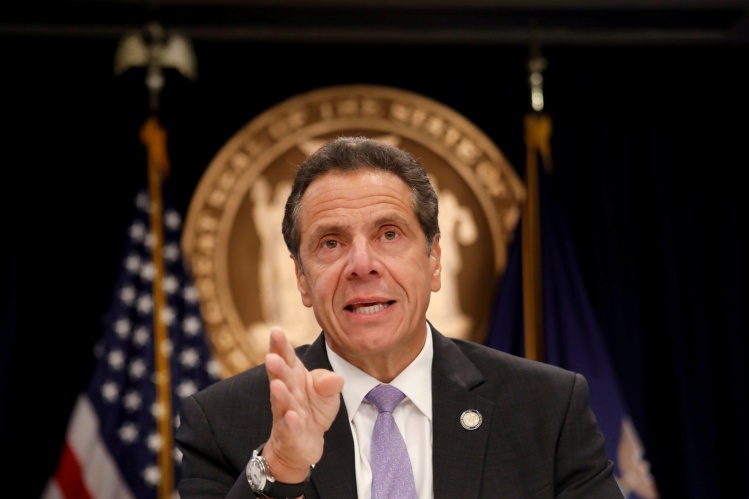 Open by Pentecost? By fall? Whenever a vaccine is ready? Who can tell us? Only the scientists, we are told. But although the pandemic itself is a natural and therefore amoral phenomenon, our response to it is, and has to be, a moral one. For that reason, science isn’t enough. We also need practical wisdom, otherwise known as prudence.

Both science and prudence tell us that a pandemic requires a collective response. We can’t do this job individually, or in competing teams. (The board game Pandemic teaches this lesson well, by the way.) Once most of us grasped “exponential function” and “flattening the curve” and saw the example of Italy’s outbreak, we witnessed collective action far beyond anything in my lifetime. That’s great. Solidarity was imperative. When we needed it, it was there.

But now what? A while back, President Trump grabbed the headlines and played to his base by claiming the country would be “open by Easter,” relishing the far-fetched prospect of packed churches. This led journalists to ask other politicians what they thought of this claim. Here’s how Virginia Governor Ralph Northam responded: “It would be nice to say that this will be behind us in two weeks…. That’s really not what the data tells us. What the data tells us is this will be with us for at least two to three months and perhaps even longer.” He added: “I think we have to use science, we have to use data…and really do what’s in the best interest—in our case—of Virginians.” More recently, New Jersey’s governor, Phil Murphy, announced that “the data shows us we are ready” for a phased reopening, while down the road in Montgomery County, Maryland, Marc Elrich said stay-at-home orders would remain in place: “We will change the rules as soon as the science says that we can change the rules.” These responses all suggest that science or “the data” can tell us exactly what to do. But “What should we do?” is never just a scientific question; it’s also a moral one. The misleading identification of prudent public policy with attention to empirical data is deeply problematic in our present situation, for two reasons.

First, it obscures the uncertainty and provisionality of the data itself. Scientific research is a long, messy process of conjecture and refutation. Researchers propose interpretations of evidence and these either stand the test of time or are rejected as new evidence comes in. At such an early stage of a public-health crisis, we are confronted by many incomplete and conflicting reports. But even when we have clearer findings, a second problem is that the kind of prudence politicians need in order to make wise decisions about the common good is a matter of judgment rather than measurement or calculation—even though measurement and calculation must inform it.

Let’s talk about the science first. As with many other issues, the outsized effect of the Trump presidency on this discussion has been dismal. President Trump’s imprudence is an obvious one: he believes (insofar as he has any settled beliefs) that moral language does not even need to take account of empirical data. Matters such as accuracy and consistency are subordinated to gut-level impulses. There are obvious and grave dangers when one substitutes bluster and magical thinking for basic scientific literacy. We’re all witnessing that now.

Yet an imprudent use of data can happen in other ways, too. Northam and other politicians who claim they are going to “follow the science” make that sound simpler than it really is. Research is moving quickly, with over 13,000 papers published on the virus since it was discovered. That may seem like good news, but it actually raises a host of difficulties for public officials. Good science tends to move slowly, requiring great care. In the current environment, labs are rushing publications out, journals are rushing peer review, and journalists report on not-yet-peer-reviewed preprints. Some theories and expert opinions will turn out to be wrong. We’ve already seen the recommendations of public-health officials dramatically change tack as new information becomes available: Are masks helpful? They weren’t but now they are. Is Ibuprofen dangerous? First the answer was maybe yes, then it was probably no.

Just as importantly, given the failures of widespread testing, we still lack knowledge of many of the basic characteristics of the pandemic, like when it began, how many people have been infected, or the infection mortality rate. Recent studies indicate that daily public-health numbers suffer from erratic and inconsistent reporting, and that national data on even the simplest measure—the number of deaths—is murky. Moreover, without clear data, predictive modeling is even more uncertain. Much of this is what one would expect at the early stage of a pandemic: epidemiology is an incredibly complicated area of research. Since much of the science isn’t settled—and since we can’t always afford to wait until it is—governing officials must exercise prudence in their use of the available information. They cannot ignore it or wish it away, but they also cannot expect it to answer all their questions.

Political prudence would recognize that any aggregate numbers—about health or economics—cannot capture what the common good really is.
sharetweet

Even if we had perfect data, however, governing would still require more than just public-health predictions. Some leaders confuse political prudence with what we might call “bureaucratic prudence,” or what Thomas Aquinas calls partial prudence: its error, Aquinas says, is to “take for an end not the common end of all human life, but of some particular affair.” The good bureaucrat is an expert narrowly concerned with his or her own area of expertise. We need good experts—good economists and doctors and statisticians. But such expertise, however necessary, is insufficient to answer questions that are properly political, questions that affect the whole community. For that, you also need political prudence.

To call it “political” is to say it is “for the polis,” which Aristotle defines as the “complete” community. What distinguishes the polis is that it is not a group or society aimed at some specific end, but includes all ends needed for human flourishing. This is why our political leaders need to be more than just bureaucrats, especially in a public emergency fraught with such uncertainty. Yes, they must listen to the relevant experts, and they must defer to real expertise as far as it extends. But they must not expect (or pretend) that any particular kind of expertise will automatically deliver prudent political decisions. That is because political leaders must decide how various public goods relate to the common good. Their role is therefore both irreplaceable and irreducible to the different role of experts.

To perform their role well political leaders must now ask some hard questions. Some examples: What to do about the fact that about half of COVID-19 deaths have occurred in long-term care facilities? Is the goal of lockdowns to “flatten the curve” so that we don’t overwhelm the health-care system or to zero out new cases? And why, as of mid-May, after well over six weeks of nearly nationwide lockdowns, do we still have a million active cases? Is it because the lockdowns haven’t been enforced strictly enough? Or is it because they involve so many exceptions for “essential” activities? Does our definition of “essential” activity privilege elite “knowledge workers” who can work from home, and expose poorer workers to either infection or destitution? Paying attention to these questions reveals the unwelcome fact that crucial—and perhaps mistaken—prudential judgments have already been made. Whatever we say, we have never simply been following the science. We have been deciding what level of risk we can live with, and how the risks should be distributed.

Political prudence would recognize that any aggregate numbers—about health or economics—cannot capture what the common good really is. We have a bad habit of equating the common good with a simple aggregation of individual goods. Our choices are thus framed as individual conflicts: the economic survival of the small business owner versus the actual survival of potential victims of the virus. But the common good, as defined in Gaudium et spes (26), is not an aggregate; rather, it is a set of conditions for shared flourishing.

How does this look in practice? In his response to Trump’s “aspirational” announcement that the country might reopen in time for Easter, Gov. Andrew Cuomo said, “You have to get the economy running and you have to protect every life that you can. I believe there’s a more refined strategy than we are now talking about. I don’t think it’s binary.” He went on to discuss “risk stratification” among different populations, and the conditions that might allow New Yorkers to resume at least some of their normal lives. The simplistic deaths-versus-dollars framework was thus rejected in favor of fine-grained judgments about how to balance various public goods. This was a step forward. Cuomo paid attention to the data, starting his presentation with numbers and charts, but he also made it clear by the nuances of his discussion that this was about more than data. At another press conference, he acknowledged a consideration that cannot be quantified: how we are living now does not promote flourishing. “This is not the human condition,” he said, “this is all unnatural.” These are the social and psychological realities of the shutdown, and they too need to be taken into account. The costs of stay-at-home orders are not only economic.

So what now? The prudence we need to answer that question well must resist impatience (the emergency doesn’t end just because the public is getting restless or losing interest); it must also resist sentimentality and false or premature certainties. Science can help us minimize the risks, but not eliminate them, partly because there’s always more than one kind of risk involved. Prudent politicians accept this. And so they accept their own political responsibility rather than trying to delegate it to the experts. They listen with all due humility to those who have spent their lives studying infectious disease and public health, they learn as much as they can about the facts, and then, with all due caution, they make decisions for the common good. That’s their job. Of course, even the most prudent decisions won’t usher in the Kingdom of God or guarantee perfect happiness or perfect safety or perfect justice. Even in much better times, those are not on the politician’s menu. All a political leader can hope to do is foster the conditions for the common good. And that is challenge enough.

David Cloutier is associate professor of theology at the Catholic University of America, and author of The Vice of Luxury (Georgetown University Press). 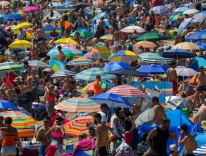