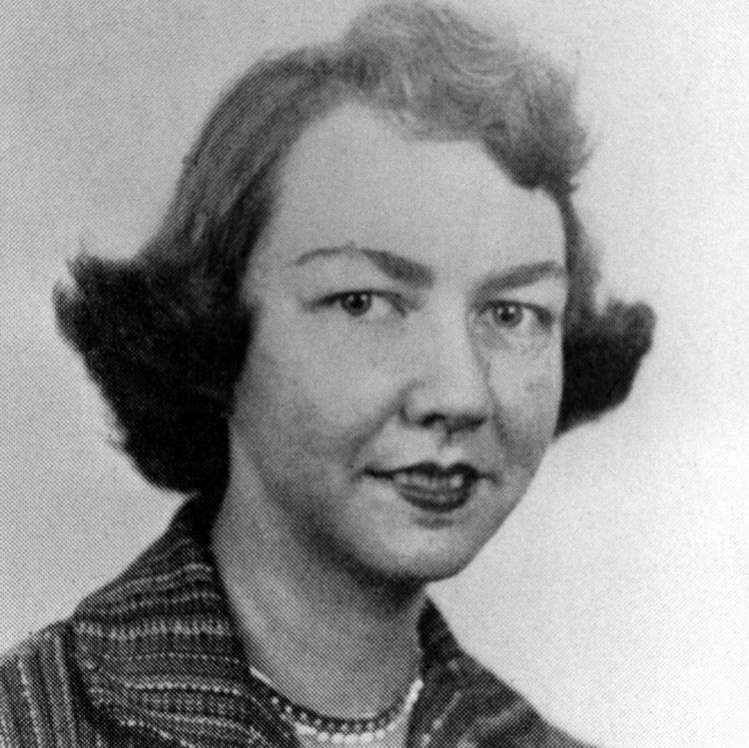 You have to wonder what Flannery O’Connor would make of all the fuss the academy has made over her—all the hundreds of books, articles, and conferences exploring the work of a gifted author whose tragic early death entailed a severely limited opera omnia. Anyone who has read even a couple of the lectures O’Connor gave, or browsed in the matchless collection of her letters, The Habit of Being, knows that she did not suffer fools gladly, and also that she insisted over and over again that she was a storyteller, plain and simple. Disingenuous, perhaps; but then she did once write to a friend that she was instructing her agent to sell all her stories for musical comedies. “There ought to be enough tap dancers around to take care of them,” she wrote in 1956, “and there’s always Elvis Presley.” O’Connor was not a woman to take herself too seriously, and she did not welcome the attention of others who did.

All this said, there is no question that the simple storyteller wrote out of a distinctive vision of life and that, strange as her world might sometimes seem, in her other writings she shows how consistent that vision is. And here is where the strength of this current collection comes into focus. The eight essays in Revelation and Convergence are not literary criticism in the strict sense; the reader will have to look hard for any actual valuation of O’Connor’s work. What you find here instead is careful attention to how she absorbed her extensive reading in modern Catholic philosophy and theology into a profound and personal religious vision. What we could miss, if we are not careful, is the fact that however clear she was about the life of faith, that certainty did not extend into the work she produced as a storyteller.

In a lecture on “Catholic Novelists and Their Readers,” O’Connor explored what a Catholic novel and a Catholic novelist might be, with insights that remain valid today. For a novelist, O’Connor asserts, the only access to the supernatural is through the natural. You have to write what you see, not what you want to see or think you ought to see. If you close your own eyes and try to see with the eyes of the church, “the result is another addition to that large body of pious trash for which we have so long been famous.” The solution for a writer, O’Connor proposed, is not to abandon the eyes of the church, but to reach the point at which “the church becomes so much a part of his personality that he can forget about her.” She defined a Catholic novel as “one that represents reality adequately as we see it manifested in this world of things and human relationships.” Only by representing these things and relationships can the fiction writer “approach a contemplative knowledge of the mystery they embody.”

As a Catholic novelist, O’Connor fits her own description remarkably well. But how did she come to know all this?

The starting point for Revelation and Convergence is the prayer journal that O’Connor kept over the course of a year at the University of Iowa, beginning in January 1946. Much of this journal records intensely personal prayer, full of a sense of personal unworthiness and a need for the grace of God. The twenty-one-year-old writer has already absorbed much from the writings of Aquinas, Rousseau, Léon Bloy, Georges Bernanos, and Charles Péguy. Nowhere in her fiction and rarely in her essays do any of these names appear; the intellectual world out of which they emerge, we might say, has become so much a part of her personality that she can forget about them. The essayists in Revelation and Convergence give skillful testimony to how much O’Connor was influenced by these and other Catholic thinkers. Many of her readers would insist that explaining a story as a reflection of the ideas of this or that influential thinker is not helpful, and thankfully that is not really what is attempted here. But to know more about a lively world of ideas that shaped the way O’Connor’s Catholicism worked for her is enormously valuable.

One of the clearest of O’Connor’s convictions was that the spiritual is encountered first and foremost in the sensible, and several of the essays explore this idea. Stephen Schloesser, SJ, designates it “the exegesis of the commonplace,” linking O’Connor and the work of Léon Bloy, while Michael Murphy stresses the danger of disassociating religious ideas and practice. O’Connor, he thinks, reflects the ideas of Georges Bernanos and Henri de Lubac in her focus on the incarnational presence of the divine. Other contributors in their different ways show how the theological vision behind O’Connor’s creative works was influenced by other Catholic authors. O’Connor, we discover, read and learned from Jacques Maritain and François Mauriac (Stephen E. Lewis); Gerard Manley Hopkins (Mark Bosco, SJ); Friedrich von Hügel (Michael Bruner); St. Augustine (Andrew Garavel, SJ); and Evelyn Underhill (George Piggford, CSC). A final essay by Jessica Hooten Wilson makes a game if ultimately unpersuasive effort to approach O’Connor’s incomplete final novel, Why Do the Heathen Rage?, as an account of a “post-conversion” contemporary saint. It is hard not to feel that this unfinished text is more didactic than O’Connor’s published works, and to hope that had she lived to finish it, it would have become as hard-edged and barely tractable as the earlier work.

In the end, this excellent little collection helps us see two important truths about Flannery O’Connor. First, it places her in the great tradition of twentieth-century Catholic intellectual life, particularly continental European thought, and makes one wonder if, had she lived, she might have gone on to become a significant theologian. Europe had Romano Guardini and Jacques Maritain. America had Fulton Sheen. There was a gap there that O’Connor might have filled. But from a literary perspective the more important insight we gain from these essays is a look at how the intellectual pursuits and convictions of a fiction writer disappear into the stories themselves. And this in a strange way makes O’Connor’s stories such valuable teaching tools. That the supernatural is revealed in the natural is an idea the writer gleaned from von Hügel. Her stories show this profound theological truth without ever actually stating it; intent on letting her readers learn through the narrative, she shrouds the thought in the action, lest she end up preaching a sermon instead of telling a story.