Heavy on Bluster, Thin on Facts 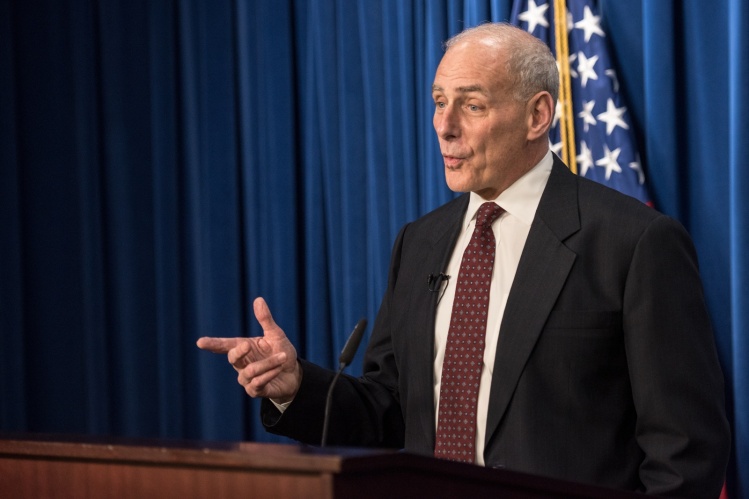 John Kelly at an ICE Town Hall in 2017 (U.S. Department of Homeland Security)

White House Chief of Staff John Kelly faced well-deserved backlash earlier this week when he said that some young immigrants brought to the United States as minors were “too lazy to get off their asses” and apply for legal protections under an Obama-era program—Deferred Action for Childhood Arrivals—that the Trump administration has plunged into uncertainty. Confronted by Democratic lawmakers for his demeaning language toward those known as Dreamers, Kelly didn't back down, saying they should have “probably gotten off the couch and signed up.” Kelly’s word choices evoke a repugnant history of GOP politicians subtly or explicitly demeaning people of color, whether Ronald Reagan taking aim at so-called “welfare queens” or Paul Ryan’s racially-tinged description of “makers and takers.”

Along with being callous, Kelly’s remarks are emblematic of a Trump administration that is heavy on obnoxious rhetorical bluster and thin on facts. One of the most formidable barriers for many eligible immigrants to apply for DACA status is the cost. It's $495 to apply, and another $495 to renew the protections every two years. A Migration Policy Institute report estimates that more than one-third of people eligible for the program live in families with incomes below the federal poverty level. Dreamers distinguish themselves in the military, at Catholic universities, and in communities with their sacrifice and commitment. And corporate America has urged the administration to protect these immigrants. More than 400 business leaders, including the CEO’s of Amazon, Apple and Microsoft, signed on to a letter touting how Dreamers “grow and create jobs,” and highlighted how they are “vital to the future of our companies and our economy.”

One of the most formidable barriers for many eligible immigrants to apply for DACA status is the cost.
sharetweet

Kelly, an Irish-American Catholic from Boston, is either oblivious to the irony of someone with his family’s background trafficking in pernicious stereotypes or knowingly tapping into the power of caricatures to dehumanize people. Irish immigrants were similarly demonized in the nineteenth century when they fled the Potato Famine. Like the parents of today’s Dreamers, they took great risks in search of a better life for their family. The Irish were viewed as so alien to the Anglo-Saxon Protestant majority they were not even regarded by many as “white.” The Boston Globe described the zeitgeist of the era in a 2016 article.

In the popular press, the Irish were depicted as subhuman. They were carriers of disease. They were drawn as lazy, clannish, unclean, drunken brawlers who wallowed in crime and bred like rats. Most disturbingly, the Irish were Roman Catholics coming to an overwhelmingly Protestant nation and their devotion to the pope made their allegiance to the United States suspect.

It was out of this context that a nativist movement flourished. By the 1850s, the Know-Nothing Party, originally called the American Party, included eight governors, more than one-hundred congressmen, and held power in half a dozen state legislatures. In the 1920s, the Ku Klux Klan expanded in New England and the Midwest, targeting immigrants and Catholics. A massive KKK rally in Worcester, Mass. attracted as many as fifteen-thousand people in 1924. At the end of the rally, the Klan clashed with Catholics who came to counter protest under a Knights of Columbus banner.

The politics of nativism is not new. But there is something particularly galling about Catholic members of this administration such as Kelly, and powerful members of Congress, including Speaker Paul Ryan, leading or enabling the contemporary incarnation of anti-immigrant policies and xenophobia. Ryan posted a picture on Twitter this week showing him welcoming a member of the Irish Parliament. “Even if my Gaelic is a little rough," Ryan tweeted, "always great to connect with my roots.”

Kelly, Ryan, and others should remember those roots included immigrants from a different place but with the same dreams. In the face of craven politicians who perpetuated fear and ugly stereotypes, those immigrants persevered and made America great. 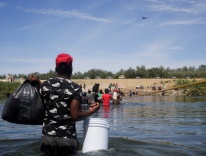