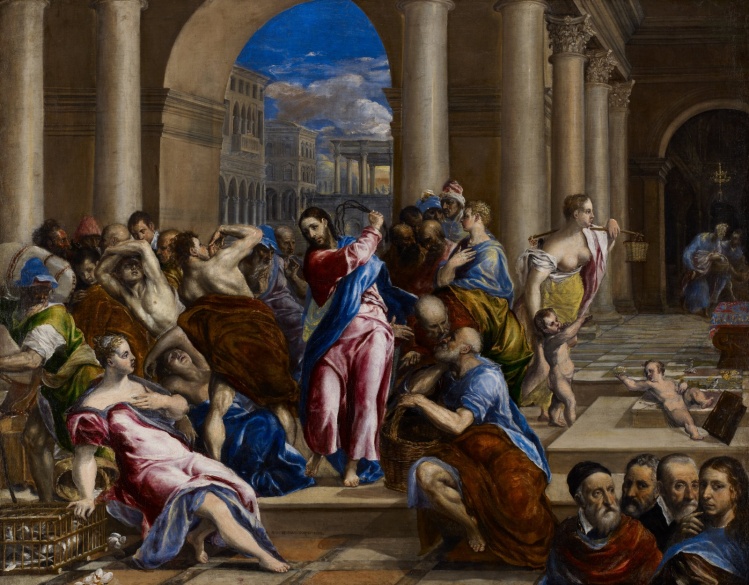 “No to a financial system that rules rather than serves,” writes Pope Francis in Evangelii gaudium. Astutely and prophetically, the pope decries the idolatry of money, in which “we calmly accept its dominion over ourselves and our societies.” The ideology of financial capitalism is all-encompassing, invading every aspect of our lives. Yet more than a decade after the latest financial crisis, it remains poorly understood.

In Christianity and the New Spirit of Capitalism, Kathryn Tanner, a professor of systematic theology at Yale Divinity School, analyzes “finance-dominated capitalism” and offers a constructive theological response rooted in a Christian theology of grace and salvation. Recognizing the danger of a world in which “no future exists outside present capitalist arrangements,” Tanner seeks to provide a “Protestant anti-work ethic” using a theology of grace to interrupt financial capitalism’s monopoly on time and identity.

Public debates about economic policy rarely delve into the historical development of capitalism itself. The dichotomy between capitalism and socialism dominates media coverage, eclipsing the equally important contrast between the industrial capitalism of the past and finance-dominated capitalism of the present. Today, finance is considered more profitable than manufacturing, and finance-generated profits occupy a higher percentage of overall profits. It is therefore dominant because, as Tanner writes, “finance is no longer directly in service of production elsewhere but takes on a life of its own.” Hence the emergence of secondary markets for virtually everything. One infamous example: the credit-default swaps we all learned about during the 2008 financial crisis.

When finance serves finance, profits are increasingly generated by debt. Tanner describes how debt now pervades the American way of life: “One’s paycheck routinely runs out before the end of the month, requiring one to amass credit card debt or take out payday loans, at exorbitant rates, to make ends meet. The government no longer provides money for an education but facilitates taking out the necessary loans to pay for it.” One effect of a system in which debt becomes necessary for daily survival is that workers become willing to accept any job. Tanner argues persuasively that much of this is to be understood as forced debt, and her account of how the poor find themselves trapped in the credit system is nuanced and sophisticated.

When it comes to discussing how all this affects governments, however, Tanner fails to distinguish adequately among local, state, and federal governments and their different relationship to debt. Nor does she address important differences among nations and regions. For example, the Jubilee 2000 campaign to lessen the debt burden from development loans for the Global South has no parallel within developed countries, where instead of debt forgiveness, we have personal bankruptcy laws, some more forgiving than others.

Through her exposition on debt, Tanner argues that we are chained to the past and that “the extreme pressures of past demands on future performance in this way come to colonize every waking moment.” We are expected to have total commitment to work, for “one should make every effort, in a self-directed way, to maximize the profitable employment of the assets one has in one’s person.” Step by step, Tanner shows us how financial capitalism moved from Wall Street into civil society, the home, and even religious life. We are all entrepreneurs now: “One’s own self-understanding is no different from that of one’s employer: I am a business; the firm I work for is a business just like me, managing its assets in the same way I do in the attempt to assure maximum profitability.” Where industrial capitalism fostered the identity of the “company man” through a sense of belonging, loyalty, and stability, financial capitalism needs to turn employees into entrepreneurs who view themselves as free agents, independent contractors in a constant state of flux.

This system is maintained through a combination of anxiety, self-direction, and management culture. It is not just about getting people to produce, “but getting them to desire what their employer desires. It is not enough for employees to cooperate in the pursuit of ends not their own; their own interests have to converge with those of their employer.”

The logic of capitalism is based on scarcity. Christianity, by contrast, offers a vision of abundance.
sharetweet

Tanner also shows how financial capitalism inverts the Christian understanding of human dignity and the dignity of work. In Christianity, the dignity of work derives from human dignity—it is one (though not the only) expression of our humanity. The human person as imago Dei is creative because God is creative. Under capitalism, it is the other way around: human beings derive their dignity from the work they do, which means that the loss of work entails a loss of dignity. This is why Tanner’s book is intended to develop an anti-work theology.

The Protestant work ethic “was the spirit of industrial capitalism,” but financial capitalism is more complicated. On the one hand, the immediacy of short-term profits and the severing of any long-term responsibility between worker and firm weaken that ethic. But Tanner argues that, in another sense, financial capitalism also represents “the continuation of a work ethic, in a heightened, intensified form.” In particular, “the link between effort and reward is not broken and assumes a highly moralized character. If one is not doing well, it is one’s own fault—nobody else’s.” Individualism reaches new heights, and when everyone is considered an entrepreneur, individuals bear even greater blame for failure. Those who fail to adapt to new market conditions are losers in every sense of the term, and so deserve whatever distress their failure brings them.

Tanner believes Christianity has the resources to resist this perverse ethic. She argues that Christianity has the power to interrupt capitalism because of its rival demand for total commitment—one directed to God instead of profit. It’s not just that we shouldn’t try to serve both God and Mammon; it’s that we can’t. For both God and Mammon demand priority, and only one of them can have it. In the language of Scripture, both are jealous gods. Christian life should be marked by a commitment to God above all: “One should never be wholeheartedly committed to any ordinary pursuit in the way one is to be committed to God,” Tanner writes. “Full commitment to God does bring with it a commitment to all the things God is committed to—including one’s own good, care for the unfortunate, and so on.” The Christian emphasis on perpetual and total conversion to the will of God means that God must occupy the center; anything else is a “sinful distortion.” Tanner does not deny the legitimacy of other pursuits, but she does remind us that everything else must be subordinated to one’s dependence on God. It is the Christian’s awareness of this dependence, more than anything else, that allows her to resist the mood of constant anxiety that characterizes capitalist societies.

The logic of capitalism is based on scarcity. Christianity, by contrast, offers a vision of abundance, for “one has everything one needs...the grace provided in Christ.” And yet, Tanner laments, “Christians have arguably so far made no especially great moral progress toward that new manner of existence made possible in Christ.” That is, Christians do not often live as if they have everything they need; they seem as anxious, as fearful of scarcity, as anyone else.

“Salvation is not a scarce good to be fought over,” Tanner insists. “Indeed, the more I think salvation a private property secured by excluding others the more I have reason to worry about my ever attaining it.” Ultimately, Christianity upends the logic of financial capitalism by refusing “the privatizing [of] risk and reward” and instead upholding a vision where “one fails, morally and otherwise, in the company of others. And one gains salvation by God’s grace alone.”

Christianity and the New Spirit of Capitalism is a formidable book. Its systematic analysis of financial capitalism in light of Christianity is worth grappling with. But Tanner’s approach to this subject is notably different from that of Catholic social teaching. While Tanner acknowledges that Christianity is marked by a concern for others and lived in the company of others, her attention to conversion, salvation, and grace remains fairly individualistic. In looking for traces of “anti-work” sentiment in the early church, her emphasis is on a faith and salvation delivered by Christ to the individual rather than to a community. Catholic social teaching, by contrast, focuses more on the vision of community in Acts of the Apostles, and on the church fathers’ discussions about wealth and property. Tanner does not have much to say about the meaning and value of work as such, a theme of central importance in Catholic social teaching. Her critique of the Protestant work ethic is compelling, but her “anti-work” approach is unsatisfying compared to what might be called “the Catholic work ethic.”

In Evangelii gaudium, Pope Francis focuses his critique of “the economy of exclusion” on how it affects those on the margins, especially the poor. Like Tanner, he is also concerned with what capitalism does to our sense of time and the way it makes us all more anxious than we should be. Yet his critique remains centered on Christ’s identification with the excluded. For Francis, “The dignity of the human person and the common good rank higher than the comfort of those who refuse to renounce their privileges. When these values are threatened, a prophetic voice must be raised.” Tanner would not deny any of this, but in this book at least, the margins remain mostly a marginal concern. Her attention is fixed on the ways financial capitalism damages us all individually, rather on the ways it rewards some groups of people at the expense of others.

Meghan J. Clark is an associate professor of moral theology at St. John’s University in New York and author of The Vision of Catholic Social Thought: The Virtue of Solidarity and the Praxis of Human Rights (Fortress Press).