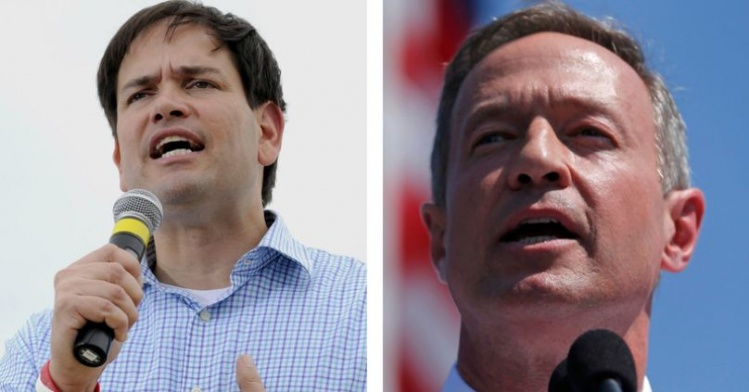 The narrative about the 2016 presidential campaign focuses on angry discontent in the American electorate. Democrats Hillary Clinton and Bernie Sanders have a plausible explanation for what lies behind this unhappiness. The only Republican acting as if he has a working theory of his own is Donald Trump.

As their policy-heavy debate last week showed, both Clinton and Sanders see the public’s distemper primarily in economic terms and they’re offering a raft of proposals on college affordability, family leave, child care, and breaking up concentrated economic power. The idea is that renewing broadly shared prosperity and helping the hard-pressed to solve particular problems in their lives will cure much of what ails us.

The mainstream Republicans have rather little to say about the specific challenges facing the middle and working classes. Instead, Republicans assert—as they have for more than thirty years—that tax cuts tilted toward investors will get the economy to grow faster, which they believe will take care of everything else.

In fact, Republicans seem to want a government that would do less for everybody. Florida Sen. Marco Rubio, for example, dismissed the Democratic debate as a competition over “who was going to give away the most free stuff: Free college education, free college education for people illegally in this country, free health care, free everything.”

Rubio said the Democratic debate was like “something from 1985,” which is rather cheeky given that this was also a vintage year for GOP economics. But it’s Ohio Gov. John Kasich who really went retro last week. In a Washington Post op-ed, he offered a proposal remarkably similar to a Ronald Reagan plan from his 1976 presidential campaign (the one the Gipper lost to President Gerald Ford) to pull the federal government back from all sorts of activities.

Kasich wants to “return the federal gas taxes to the states, leaving only a sliver with the federal government for truly national needs.” He would “bundle the [Education] department’s funds and send them back to the states with fewer strings attached.” Ditto with “dozens of job training programs.” And Kasich wants Washington to ease its “grip” on Medicaid.

If all discontented voters were governors looking for less constrained federal money, this plan might be just the ticket. But a New Federalism is one of the oldest ideas in the conservative playbook, and angry voters are unlikely to see shuffling around some money from one set of politicians to another as doing much for them.

The weak tea being served by the Republican mainstream explains Trump’s staying power. He is speaking clearly to a group that sociologist Donald Warren identified in 1976 as “Middle American Radicals.” These voters, Warren said, feel that “the middle class has been seriously neglected,” and see “government as favoring both the rich and the poor simultaneously.”

I owe this insight to the writer John Judis, who reached back to Warren’s idea in a recent National Journal article that is the best explanation so far for the Trump phenomenon. It is no accident that Trump’s support comes largely from less-affluent white voters who are nationalist and hostile to illegal immigration. They like Trump’s muscular rhetoric about being a tough negotiator and they don’t much like trade deals they think have weakened the position of American workers.

Trump has also played on racial tensions. He has taken on “Black Lives Matter,” announced the reappearance of a “silent majority” and declared, borrowing straight from the late George Wallace’s repertoire, “We need law and order!” At the same time, he regularly targets the influence of “lobbyists,” “donors,” and “special interests.”

Yes, Trump is a demagogue. There is a reprehensible ugliness in the way he talks about immigrants. But Trump is an ideal vehicle for a significant swath of alienated voters who want to express their ire against liberals they see as disrespecting them as well as conventional conservatives they don’t think represent their interests. They feel squeezed from above and below, and Trump seems to get that.

Clinton and Sanders—and Sanders especially—are telling these voters that they, too, get this seething anger at the system. The two Democrats offer the traditionally liberal or social democratic answer: that the poor and the middle class do best when they ally in pursuit of economic fairness. It’s a decent sort of politics, but it has often been trumped by nationalism.

For their part, the established politicians in the Republican field still don’t have an effective response to Trump. Until they do, he will continue to haunt them.