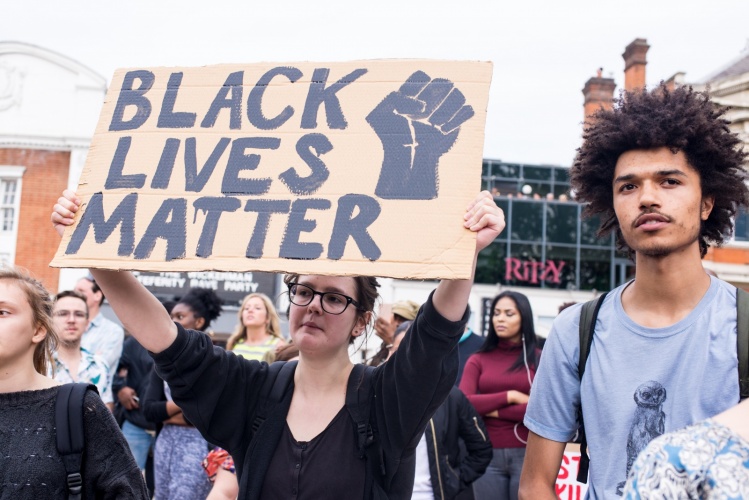 My biological family is white, and my church family is black. The union commenced twenty-seven years ago, thanks to Sister Annabelle Wilson. She was sixty years old when she first met my dad and one year old when a black man was lynched in our town. While working as a janitor at the college where my dad taught theology, she would strike up conversations with him that always ended with “Steve, before you die, you have to come and hear my pastor preach.” For a while, he responded with the kind of polite deferral you’d expect from a well-meaning white man raised in an upper-class Presbyterian household. Eventually, though, he and Sister Annabelle set a date. After my parents first visited Greater New Hope Missionary Baptist Church in Sherman, Texas, they drove home in silence and, once there, burst into tears. God had called them.

I was not yet one at the time. For the next eighteen years, this congregation raised me as its lone white son—from “Little Willy” to “Brother Willy” to “Brother Stell.” I faithfully attended church, performed in holiday pageants (often as Jesus), learned to play basketball, made a best friend, got bullied, got loved, grew up.

While the church immediately welcomed my family with the warmth that is characteristic of their tradition, the process of actually becoming a part of the church was both more gradual and more complicated. Under the surface, here and there, the welcome was tepid—and for good reason: we were the only white people in the church at the time, and our presence inadvertently disrupted a black community’s safe space. Sensing this, my parents did not settle in at first; they were mindful of the possibility that our family might wear out our welcome. So far as we can tell, though, we haven’t yet. In fact, several years ago, when the church needed a new pastor, the elders asked my dad to apply. He did, and he is now, incredibly, the pastor of this 115-year-old black church.

If white people are going to make a robust and enduring commitment to racial justice, then intimate interracial friendships must accompany and sustain their commitment.
sharetweet

My lifelong membership in this family of faith is the lifeblood of my commitment to racial justice. Over the years, as I have read scholarship and commentary on race by people of color, fostered conversations with fellow white people about racism around and within us, and showed up for various rallies and protests against white supremacy’s devastations, it is my interracial friendships that have propelled and sustained me. Moreover, notwithstanding the uniqueness of my experience, I believe that the same is true for many white people working for racial justice: intimate interracial friendship is, and must be, the lifeblood of our commitment to this work.

A few years ago, I was participating in a die-in and yelling “Black Lives Matter” in a sea of students. After shouting several dozen chants into the frigid air, I felt my voice—and maybe my heart—begin to wane. So I started thinking of specific black people with whom I have shared life: late nights, meals, stories, arguments, confessions, embraces. As the memories were rekindled, so was my energy. New chants, harmonious with the others, started ringing in my mind: Brad’s Life Matters. Britni Can’t Breathe.

To fight for justice is to fight for friends. If white people are going to make a robust and enduring commitment to racial justice, then intimate interracial friendships must accompany and sustain their commitment.

But interracial friendships by themselves do not constitute racial-justice work. Plenty of white people are (or at least think they are) close friends with people of color while remaining ignorant and complacent about their complicity in racist systems and forces. Just as having black friends does not absolve any white person of racism, so also having black friends does not indicate—let alone fulfill—any white person’s allegiance to anti-racist causes.

And such friendships should not be pursued merely as a means to the end of living more justly (or as a means to the end of appearing to live justly—an inescapable temptation for white people who fancy themselves progressive). In other words, this is not a call to go out, find people of color, and make friends with them in hopes of making oneself less complicit in racism. However well-intentioned, that approach slips into a kind of objectification and betrays a self-centered preoccupation with one’s own white guilt.

Although I now live halfway across the country from the church of my childhood, I still carry those precious relationships with me every day—into the pulpit, into the classroom, into the bar, into the street. With these friends in my heart, I am not only eager to say “Black Lives Matter,” but also energized by my own answer to the subsequent question: “Whose lives?”

William Stell is a doctoral student at Princeton University and an ordained minister in the United Church of Christ.