It Won’t Be an Easy Match
By Massimo Faggioli
Pope Francis
U.S. Catholicism 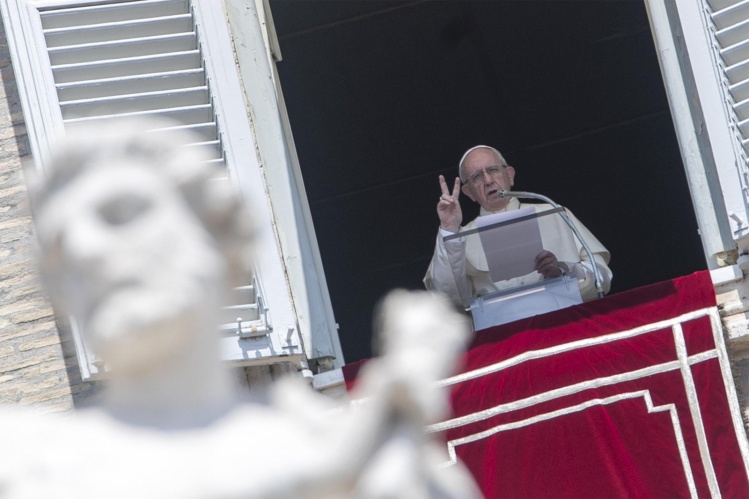 The victory of Alexandria Ocasio-Cortez, a Catholic Latina from the South Bronx, in the Democratic primary of New York’s fourteenth congressional district has added to the growing excitement about a possible resurgence of the “religious left.” Some hope a twenty-first-century version of the Social Gospel will save the United States from Trumpism and American Christianity from a thinly veiled theology of ethno-nationalism.

There are, to be sure, some striking similarities between the platform of Ocasio-Cortez and Pope Francis’s message (especially in Laudato si’ and in his official messages to the participants of the “World Meetings of the Popular Movements”) about the social and economic ills of our system. But “Pope Francis Catholics” who want to create a connection between the present pontificate and the “religious left” must deal with some serious obstacles—besides the obvious fact that this pontificate might not last long enough to help their political movement take off.

In recent years, neither the political situation nor the religious climate of the United States appears to have been much influenced by Pope Francis’s message. As Bishop McElroy said at a recent forum hosted by Commonweal, “the contrast between the beautiful vision of politics that Pope Francis presented while speaking to a joint session of Congress in 2015 and the political state of our nation today is heartbreaking.”

It is hard to know if the politics of American religious conservatism today is partly a reaction to the election of Pope Francis, or if it is just the next stage of a pre-existing political-theological trajectory very different from that of Jorge Mario Bergoglio’s Latin American Catholicism. But there is no question that the perspective of Catholics in positions of power in the United States today differs more from the perspective of the Vatican than it has at any time since World War II.

For this pope, any recognizably Christian politics must begin by listening to and learning from the poor, because you cannot really take their side unless you are first at their side.
sharetweet

Pope Francis is undeterred in his efforts to lead the church into a new global dispensation. But this does not necessarily make things easier for progressive Catholics in the United States, where church leaders often seem resistant to Francis’s priorities. The convergence between the pope’s defense of refugees and the U.S. bishops’ message on immigration is the exception that proves the rule. On other important issues, there remain important differences between many U.S. bishops and the Vatican, as the tepid response to Amoris laetitia demonstrated. For the most part, these differences have been expressed in a non-confrontational way. There have been no pointed exchanges like the one between the Vatican and the German bishops on the possibility of allowing the non-Catholic spouses of Catholics to receive Communion. But Francis has been getting strong criticism from conservative Catholics in the United States since the beginning of his pontificate, and he hasn’t succeeded in winning many of his critics over. Indeed, many social conservatives in this country seem to feel emboldened by the Trump presidency—and especially by the prospect of another conservative Supreme Court Justice after the retirement of Justice Anthony Kennedy. Apart from the one issue of immigration, there is no discernible unity in the Catholic response to Trump, not even among the bishops. Compare, for instance, their firm statement on immigration with their inability to reach a consensus on the need to update in a significant way the now-more-than-ten-years-old “Faithful Citizenship”.

It is understandable that progressive Christians, including Pope Francis Catholics, are trying to revive the “religious left.” It is hard to guess where this effort is headed, but it will not be as easy for the religious left to make use of Pope Francis’s interventions as it was for the religious right to make use of the two previous pontificates in advancing their agenda. This is partly because the left tends to be more secular than the right, but it’s also because of the significant differences between the progressivism of Pope Francis and contemporary American progressivism.

Francis belongs to a stream of Latin American Catholic thought that accepts the theological tie between the sacred and the political but also acknowledges—unlike some religious progressives in the United States—the secular character of the state. In Francis’s political theology, the foundation of the state is the human person considered as a social being, rather than as a bearer of individual rights. This means that the issue of abortion, for example, is understood by Francis not primarily as a collision of one person’s individual rights with another’s, but as a symptom of social dysfunction that implicates the entire political community. One of the most visible differences between the outlook of Pope Francis and that of many religious liberals in this country has to do with the centrality of the poor in the church’s self-understanding. The preferential option for the poor, essential to contemporary Latin American Catholic thought, is still an exotic—and scarcely intelligible—idea to many U.S. Catholics, and not only to conservatives. A book by the Argentine theologian and political scientist Emilce Cuda, published in Argentina in 2016 and in Italian earlier this year, focuses on “the poor working people” (pueblo-pobre-trabajador) as the most important theme in Jorge Mario Bergoglio’s thought about politics and society. For this pope, any recognizably Christian politics must begin by listening to and learning from the poor, because you cannot really take their side unless you are first at their side.

Vatican II was a source of inspiration not only for the religious left, both here and in Europe, but also for Catholic democracy movements around the world during a period Samuel Huntington called the “third wave” of democratization. The pontificates of John Paul II and Benedict XVI redefined the theological foundations of Vatican II’s embrace of democracy, proposing an alternative to the understanding of the council as the beginning of a new progressive age of Catholic political theology. Their counternarrative, which emphasized the continuities between the pre- and post-conciliar church, helped forge an alliance between Rome and American conservatism, one that lasted for decades. Such an alliance does not yet exist between this pontificate and the American left, despite some notable affinities. If it is ever to develop, the new religious left in the United States will have to address the just-as-notable differences between their idea of progress and the pope’s. 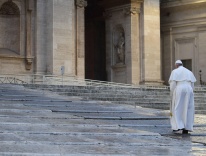