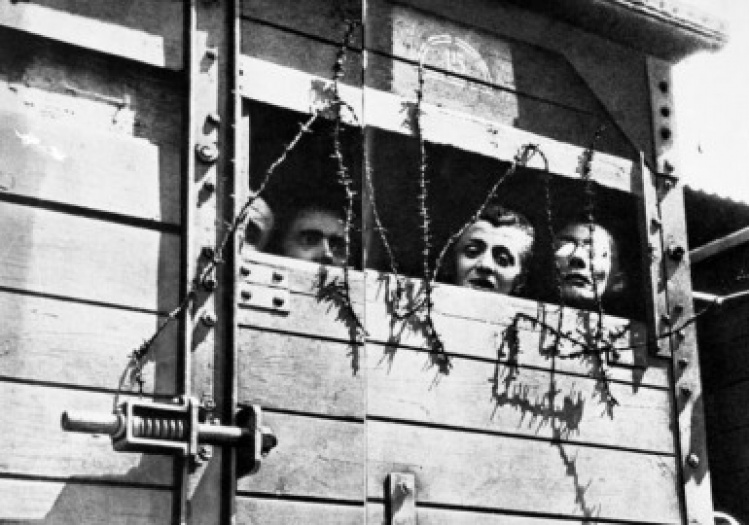 Poland’s experience of World War II was unique. Invaded by both Germany and the Soviet Union in 1939, it was the only country occupied by foreign armies from the first day of the war to the last—and the only Allied country left behind the Iron Curtain afterward. Of all European nations Poland suffered the harshest occupation policies, witnessing genocide and suffering deportations, executions and starvation. The West’s friendly image of “Uncle Joe” Stalin obscured Soviet persecution, not only during the war but also long into the Cold War, and enabled the cover-up of the Katyn Massacre. For this and other reasons, the real history of wartime Poland has gone largely untold in the West. But the end of the Communist era and its outright falsifications, along with the opening of long-closed archives, has allowed a fresh, comprehensive look; and now Halik Kochanski’s The Eagle Unbowed presents this history in all its complexity. The book alters the perception of the war and challenges long-held Western assumptions.

One underappreciated aspect of the story is the military one. Poland made a significant contribution to Allied victory, fighting on virtually all fronts in Europe and North Africa. The various armies it fielded combined remnants of the defeated Polish Army; Polish exiles, including those deported to the Gulag in 1940–41 and released once the USSR aligned itself with the West; and the Home Army in occupied Poland itself, which constituted the largest resistance movement in Europe—not only a guerilla force, but an underground government that performed many of its functions under foreign occupation and maintained a readiness to take over at the moment of liberation. Aside from direct military manpower, the nation also contributed vast amounts of vital intelligence. On the eve of the war, the Polish government gave the British and French their first copies of Enigma, the German military coding machine, and the key to decoding its messages. Later, the Poles supplied the original V2 rocket and its full documentation. Throughout the war, the Home Army was providing comprehensive intelligence on the German Army as it struggled on the Eastern Front.

The Eagle Unbowed displays an impressive command of facts and a deep, nuanced understanding of terror and suffering in occupied Poland. Kochanski emphasizes the shock and disbelief experienced by both Jews and Poles, and later the West, at the fast-moving German extermination machine. She describes the Polish underground’s efforts to help Jews, providing money to Jews in hiding and rescuing children from the ghettos to place in orphanages, private homes, and monasteries. (The Catholic Church supplied fake baptismal certificates.) An accomplished historian, the author traces strands of Polish and European history to their legacy in wartime attitudes and policies. But her book’s most moving passages relate the haunting stories of survival contained in personal interviews and fragments of memoirs. Those stories illustrate that war is not only a military endeavor but a maelstrom with a lifelong impact on all caught up in it.

Kochanski divides the war in Poland into three periods: the 1939–41 Soviet-German collaboration under the Stalin-Hitler Pact; the 1941–43 German invasion of the Soviet Union; and the 1943-45 Soviet offensive on Berlin. These periods marked differing occupation policies. The first established the system of terror in which both occupiers cooperated in the destruction of Polish elites, culminating in the Katyn Massacre, the crowding of Jews into ghettoes, and the construction of the concentration camp in Auschwitz—built initially in 1940 to destroy Polish resistance, and subsequently enlarged into an extermination camp complex. The second period saw Poland become strategically critical to Germany, and its citizens suffer increased terror under the 1942 Generalplan Ost, which envisaged not only the Final Solution to the so-called Jewish question but also the starvation of 80 percent of the local non-German population.

The third period (1943–45), when the German Army failed to defeat the Soviets, saw a still greater economic exploitation of Poland, with food rations reduced to starvation levels. Germans established concentration and labor camps in Germany and forcibly sent more than a million Polish laborers there, replacing them with German settlers. The first region to be cleared was Lublin Province, a third of whose residents were murdered or deported to the camps; all in all, six-hundred-fifty  villages across Poland were destroyed in collective reprisals for acts of sabotage. During this phase the Home Army had to contend not only with murderous German policies but also with hostile Soviet partisans—including those from the revived Polish Communist party, parachuted into Poland by the Soviets in 1943, who denounced the Home Army to the Gestapo. Soviet policies were fully manifest during the Warsaw Uprising, when the Red Army stood by on the other side of the Vistula River while the uprising raged, and in the routine persecutions of the Home Army in areas under Soviet jurisdiction. Though the Western Allies were slow to grasp the malicious nature of the Soviet regime, Polish fears about Stalin’s intentions proved justified.

The Eagle Unbowed is an almost uniformly excellent treatment of the overwhelming devastation the Polish people suffered in the bloodlands of Central Europe. It shows a nation persistently struggling in the face of terror and remaining unbowed. The book’s richness of facts and themes, amplified over many hundreds of pages, can make for difficult reading at times. Nevertheless, it is a great achievement to present so complicated a story, much of it unknown in the West, in such a clear and balanced way. Kochanski’s look at the Soviet killings and Siberian exile, following the dark years of the German occupation and Holocaust, counters the image of “the good war” prevalent in the West. As her vivid descriptions of war make all too clear, both Germany and the Soviet Union engaged in terror against the population of occupied Poland. And this terror did not stop with the end of the war but continued in the totalitarian system the Soviets imposed afterward. This enormous and emphatic book will have a shattering impact on our understanding of the war.

Lucja Swiatkowski Cannon has published articles on Eastern Europe in the Financial Times, the New York Times, the Wall Street Journal, and other newspapers, professional journals, and books.