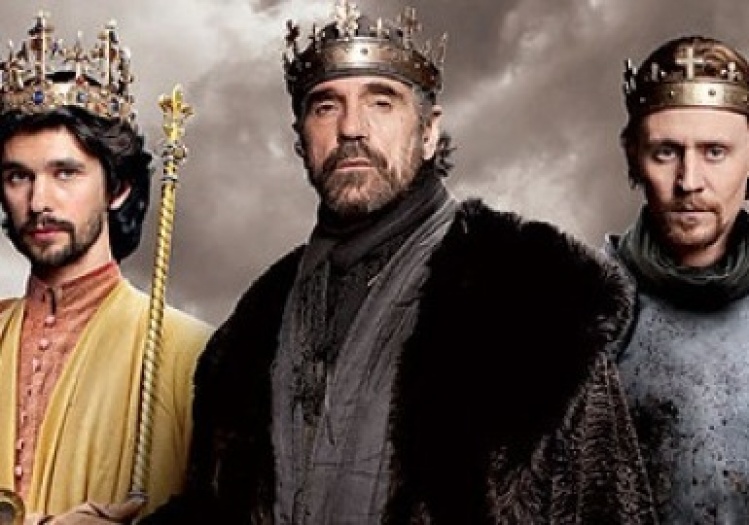 Political leaders often seem like an alien breed of humanity. They voluntarily give up privacy. They willingly fritter away their lives at fundraisers. They abandon sincerity and logic in favor of expedient posturing. They usually have an overactive schmooze gland.

But the truly successful statesman is not a breed apart—or so one might conclude after watching The Hollow Crown, the marvelous quartet of new Shakespeare films airing through October 11 on PBS, as part of the Great Performances series. A suspenseful and lyrical dovetailing of four of the Bard’s history plays—Richard II; Henry IV, Part 1; Henry IV, Part 2; and Henry V, which tell a single story—this de facto miniseries is fast-paced, accessible, gorgeously cinematic, and packed with riveting performances. Through bold visual choices and some subtle textual editing, the series foregrounds Shakespeare’s musings about populism and the qualities that make a great leader.

These themes gain resonance in the miniseries format, as parts of the overarching story amplify and contextualize each other. To begin with, we get the decidedly not-great leader. In Richard II (which airs on September 20), Ben Whishaw plays the king as the epitome of flaky, decadent elitism: he dresses in gold robes, travels with a pet monkey, and—disdainful of justice and public opinion—breezily gives an order to seize the estate of his cousin, Henry Bolingbroke (Rory Kinnear). Prompted by that and other unseemly acts—like Richard’s overspending—Bolingbroke and other nobles depose the king.

Richard’s brooding observation that bluebloods, too, are mortal (“Within the hollow crown / That rounds the mortal temples of a king / Keeps Death his court”) gives the series its title. And with the flamboyant highs and wretched lows of his career, Richard II becomes a study in contrasts. Here is King Richard on a battlement, so decked out in gilt he looks like the golden calf; there he is, deposed, flinching as people fling mud at him.

The contrasts increase in Henry IV Parts 1 and 2, airing on September 27 and October 4 (check local listings). Set during the reign of Bolingbroke, who has been crowned Henry IV (now played by a poignantly haggard Jeremy Irons), these two films chronicle military rebellions led by aristocratic malcontents like Hotspur (the terrific Joe Armstrong). But they focus more on Henry IV’s son, Prince Hal (the charismatic Tom Hiddleston), who’s brainy and determined, but loves carousing with Falstaff (the superb Simon Russell Beale, mixing wit, vulgarity, and pathos).

Richard Eyre, who directs the Henry IVs, has adapted the scripts in such a way as to emphasize the disparity between environments—the crowded tavern and the cavernous throne room; the muddy, chaotic battlefields (filmed in gray tones) and the palace corridors, with stained-glass windows—and highlight how comfortable Hal is in all of them. For instance, rather than kick off with Henry IV’s deliberative speech about peace and civil war—Shakespeare’s original opening—this Henry IV, Part 1 opens with shots of meat being chopped up outside a tavern. Inside the tavern, Hal rouses Falstaff from drunken sleep and lovingly mocks his licentious ways. Only after this lively scene has accustomed us to Hal as part-time plebian do we flash to the court, where Henry IV is fretting about his son’s seeming dissipation.

Relax, Henry: Hal isn’t a wastrel. The prince enjoys boozing with Falstaff, but he is also teaching himself how to relate to commoners. That’s a skill that serves him well when he ascends the throne and proceeds to invade France, an effort that involves repeatedly rallying troops. Henry V, directed by Thea Sharrock and airing on October 11, underscores this king’s populist appeal by beginning with a flash-forward: a shot of the hoi polloi lined up to mourn at Henry V’s funeral. A grubby child picks a flower and tosses it at the procession. The king’s popularity demonstrated (and any glorification of war forestalled), the film launches into the play’s familiar prologue (“O for a Muse of fire…”).

Above all, The Hollow Crown depicts Hal-turned-Henry as a political leader who’s emotionally whole. In one of the most moving moments in the series, in Henry IV, Part 1, Hal and Falstaff take turns jokingly impersonating Hal’s scolding father. (Hiddleston’s imitation of Irons’s monarch is hilarious.) When Hal, playing the king, denigrates Falstaff, Falstaff—playing Hal—counters with a spirited defense: “Sweet Jack Falstaff, kind Jack Falstaff…. Banish plump Jack, and banish all the world!”

The camera lingers on Hal’s face. The prince’s merriment falls away; his eyes slowly tear up. You know that Hal is looking into the future, seeing all the friends and activities he will have to abandon when he becomes a ruler. He will make the transition, but it will cost him—as it would cost any of us.