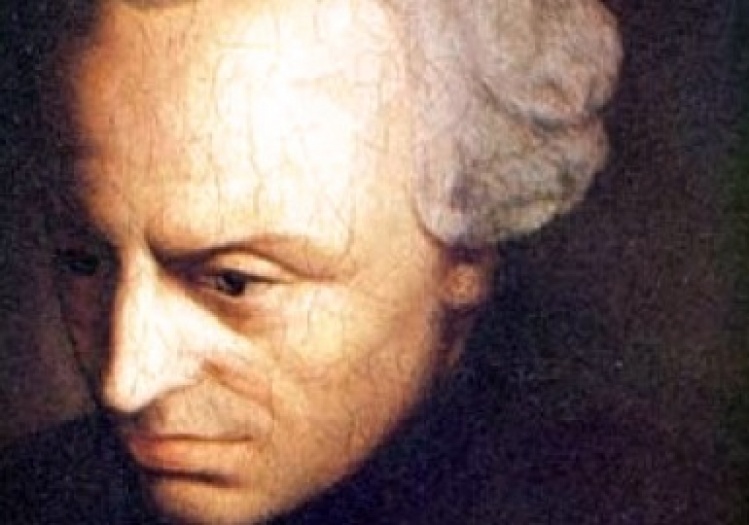 This very large and truly significant book by Gary Dorrien offers both more and less than the title promises. More in that it has as much to say about the theological legacies of Kant and Hegel as it does about Kant and Hegel themselves. More, too, in that Schleiermacher also receives a fairly developed treatment, as do Kierkegaard and Barth, both of whom contested the Idealism of Kant, Hegel, and Schleiermacher. And more, finally, in that Dorrien covers key aspects of English theological thought from Coleridge to William Temple. The book offers less than promised in that it speaks only to the German and the English situations (and much more to the former than to the latter); and, above all, in that it leaves unexamined the Idealist legacy in the Roman Catholic tradition.

Dorrien casts the net very broadly in his treatment of liberal theology. But, roughly speaking, he has in mind that broad band of high-culture Protestantism that, over a period of about a hundred years, attempted a rapprochement with modern culture in self-consciously apologetic forms of theology. Kant, Hegel, and to a lesser extent even Schleiermacher had provided the templates for mediation with modern rational culture. In his insistence on rational autonomy and moral responsibility, Kant influenced almost all late nineteenth-century and early twentieth-century liberal theologians, but especially Albrecht Ritschl, Adolf von Harnack, and Wilhelm Hermann. So too, Hegel’s sanctification of historical consciousness influenced all the major Protestant theologians who saw the value of updating the message of Christianity. Ernst Troeltsch’s insistence on the variability of expressions of Christianity was particularly indebted to Hegel. As for Schleiermacher, his view of the human subject as irreducible to critical and speculative reason and morality had a significant influence on Protestant thought throughout the twentieth century—notably on Paul Tillich and Hermann, against whom Karl Barth was to react so strongly.

Kantian Reason and Hegelian Spirit is distinguished by both its intellectual competence and it narrative power. One might have been content with a general overview of all the figures Dorrien covers here, but this is not that kind of book. Dorrien’s extraordinarily detailed portraits of several major religious thinkers demonstrate mastery of their entire oeuvre. He seems conversant with the bulk of the interpretive and commentary material on these thinkers, but he doesn’t let it distract him (or us) from the primary texts, from which he quotes generously but not slavishly. With regard to Kant, he not only provides analyses of all three Critiques, but also has intelligent things to say about the pre-Critical writings, and offers an insightful analysis of Religion within the Boundaries of Mere Reason. Likewise with Hegel: Dorrien provides a nice overview of his early “theological” writings, and provides a thorough engagement with the Phenomenology, Lectures on the Philosophy of Religion, and Philosophy of Right. What is arguably the most impressive feature of the book is its treatment of secondary figures belonging to the Idealist tradition—for example, the late nineteenth-century English Hegelian theologian, Andrew Seth Pringle-Pattison.

If Dorrien has heard the postmodern rumblings against metanarratives, he has chosen to ignore them. Here, ideas relate to one another as episodes in a story. In the early chapters of this story, post-Enlightenment theology is fed by Kant’s transcendental Idealism and Hegel’s speculative Idealism. Later, Barth revolts against this Idealism, leading to a paradigm shift in modern Protestant theology. In one sense, Kantian Reason and Hegelian Spirit is a kind of obituary for a specifically modern form of theology. Dorrien thinks that liberal theology’s day came to an end in the middle of the twentieth century—the efforts of Tillich notwithstanding—but he doesn’t just tell the reader how and when the end came; he also argues that liberal theology was all along bedeviled by incoherence and a lack of contact with historical reality.

Although Dorrien thinks Barth’s work made possible more realistic, and politically aware, forms of theology, he is careful not to tie the fate of post-idealist or post-liberal theology too tightly to Barth. Other radical departures from liberal theology, including liberation theologies, look very different. Dorrien finally agrees with Barth’s critics that, despite its rhetorical and prophetic power, Barth’s theology suffers from a constitutional narrowness. His sustained antifeminist views are one notable example of this narrowness. Dorrien’s own rejection of Idealist and liberal theologies is much more calibrated than Barth’s. He acknowledges that Idealist and liberal theologies have offered important insights into the relationship between individual freedom and communal belonging, but he also believes they have sometimes proved illiberal and profoundly unselfcritical when it comes to thinking through the nature of ethical obligations to all members of the community. Theologies within the Idealist tradition have found it all too easy to connive with state totalitarianism. And despite its universalistic pretensions, liberal theology has often functioned as a support to colonialism and racism, favoring those groups that evince the intellectual, affective, and ethical virtues it prescribes—which are, not coincidentally, the groups to which liberal theologians themselves belong.

With each of the major figures he discusses, Dorrien follows a fairly uniform procedure, interlacing an examination of the author’s work with significant biographical details. The conviction underlying this method is that philosophy and theology are the products of real human beings, who live real lives, and find themselves in certain historical situations that present both opportunities and limits. It’s certainly true that a bit of biographical detail can help the reader through extremely difficult philosophical and theological material. In this case, however, the results are mixed.

Among the successes is Dorrien’s treatment of Kierkegaard. He is very good on the parvenue culture in which Kierkegaard found himself in Copenhagen. He is also good on Kierkegaard’s renunciation of marriage and on his tormented relationship with his father. Dorrien seamlessly weaves these elements into an outstanding treatment of Kierkegaard’s main texts. For different reasons, the treatments of both Kant and Hegel are also successful. Dorrien provides less context and biography for Kant and Hegel, but this seems appropriate, since their work was not as psychologically motivated as Kierkegaard’s. Dorrien’s treatment of Coleridge is far less successful. This isn’t for any lack of knowledge or sympathy. The problem in this case is that all the biographical details matter if and only if Dorrien establishes that the later Coleridge was an important religious thinker in his own right and not just a translator and popularizer of German Idealism. The same problem arises, though not to the same degree, in the section about Tillich, which is more than serviceable but not especially inspiring.

One can only marvel at the breadth of Dorrien’s competence. I know of no one who knows so much about both German and English theology in the modern period. But this raises a second problem with the book. Dorrien wants to tell one unified story rather than two parallel stories, and this means that he takes on the difficulties of trying to link the German and the English traditions, with the latter obviously depending on the former. Yet, as he tells the story, there is little evidence of direct influence. Only Pringle-Pattison had read Hegel or any of the other major German thinkers. The other English religious thinkers discussed in this book—Hastings Rashdall, Charles Gore, and William Temple—had not. Here Dorrien seems to be reaching too far in his effort to bring to our attention forms of nineteenth and twentieth-century English theology that, with all their faults, suggested an alternative to the tradition of Locke.

But these are cavils. Is there any current historian of ideas who could master the trajectory of modern theology the way Dorrien has here? In its lucidity, comprehensiveness, and narrative power, Kantian Reason and Hegelian Spirit is without equal.

Cyril O’Regan is the Huisking Professor of Theology at the University of Notre Dame.