The principal problem with Mitt Romney's foreign policy statements is not that his position swings widely, or that he often reverses himself, according to the audience and the daily news. This is no surprise in American presidential campaigning. But is there an underlying scheme lurking in what he says? Does Mr. Romney actually possess a serious understanding of American foreign relations, their past, present and the problems they will present to a new administration? Is he capable of assembling what he says into a coherent national policy?

"No" seems the clear answer to that question. It is no surprise to find a businessman who is clueless with respect to America's international relations. His concerns are elsewhere. But when a businessman is running for the American presidency, you would expect an effort to read, learn and make a serious effort to see the patterns that might lie within the competitive "brainwashings" (to borrow a fateful phrase from Mitt's father, George) being conducted by rival politicians and press and television.

To take an obvious case, Mr. Romney early in the campaign said that since Benjamin Netanyahu, prime minister of Israel, had been a business associate of his early in their respective careers, he would trust Mr. Netanyahu's advice on Middle Eastern affairs, and would never do anything that went against advice of the Israeli prime minister. He seemed to be saying that the Netanyahu would provide him with impartial counsel.

At that time, the Israeli leader was attempting to manipulate the Obama administration, by way of political blackmail and direct appeals to Congress over the president's head, into supporting an Israeli military strike against Iran, or joining Israel in such an action.

Without getting into the argument about where Iran currently stands with respect to constructing such a weapon, and asking what it would be able to do with such a weapon if it had it, on both of which professional opinion greatly differs, a candidate for the presidency -- Republican or Democrat -- should understand what is going on around him.

If he read the newspapers and talked to professionals and his advisers, he would have known that it was and remains in the national interest of Israel, as Netanyahu sees it, as well as in Netanyahu's personal partisan interest, to persuade the United States to attack Iran or to underwrite such an attack by Israel. He is anything but impartial. Mr. Romney offered Israel on a silver platter an American commitment to a war that the American public does not wish to wage.

On Monday of this week, that assurance to Israel was nowhere to be found in the foreign policy speech Mr. Romney gave at the Virginia Military Institute. He promised a second aircraft carrier for the region and declared "the world must never see any daylight between our two nations." But that was as far as he went.

I see daylight already, in Mitt Romney's changed position. Don't you? Netanyahu surely does. But then hope springs eternal, and Mr. Romney has gained poll points against President Obama since last week's debate, so the Israeli prime minister has new reason to hope that Romney can win the election.

Mr. Romney himself, now presenting himself as a man of moderation, has announced that Russia is America's greatest geostrategic enemy, and that China is a currency manipulator which has been "running over" the United States for the past 20 years. He thereby assures that he would enter office with both of them as enemies. Why? Surely making powerful enemies is not the right way to become elected.

He deplores American national indebtedness, which the chairman of the joint chiefs of staff and the secretary of defense both characterize as the nation's "number one national security threat." Yet he accuses Obama of "arbitrary and crippling" cuts in defense spending, and promises to spend more on weapons. Again, why? With whom does he foresee a new war?

This brings up the question of his advisers, of whom there are a great many, of several schools of thought. There are elderly liberal internationalists from the George H.W. Bush administration, hoping to restore moderation, international law observance and civility to American policy.

There are neo-conservatives left over from the George W. Bush administration, responsible for the Iraq and Afghanistan invasions, and in favor of doing the same to Iran.

There are tea-party populists, some of them isolationists, some aggressive promoters of American exceptionalism and militarism.

There is John Bolton, who has never seen an international organization he does not fear and despise.

If Mitt Romney becomes president, all these will be fighting one another, like buzzards tearing at street-kill, in order to get back into command positions. But they contradict one another.

Each item in Mr. Romney's array of policy statements and claims makes an appeal for votes from some individual segment of the electorate. Together, they are a puzzle. There has to be a guiding intelligence applied to make something coherent from them. But there is little sign that this intelligence belongs to Mitt Romney. 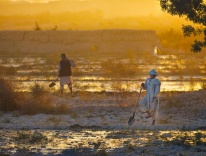 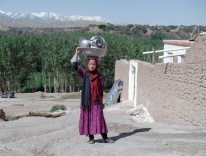 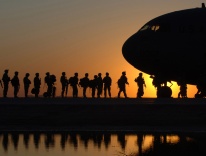