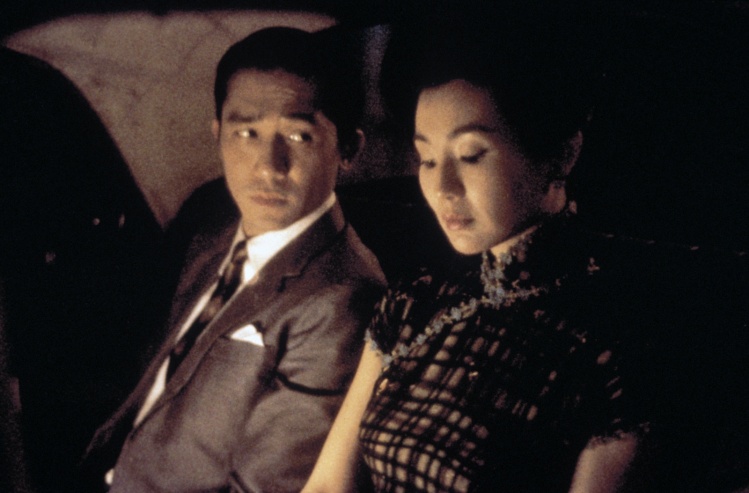 Wong Kar-wai’s films all bear the imprint of a distinctive sensibility. Call it the cinema of beautiful, if futile, obsession. The veteran Hong Kong filmmaker’s characters fixate on friends, strangers, lost loves, potential lovers, almost lovers, time passing, time to come, memories, mantras, clichés, folk wisdom, trash, pop songs, totems, slippers, cigarette brands, a month’s worth of expiring pineapple cans. They yearn for reference points in a world that rarely adds up. As the critic John Powers writes in an essay included in World of Wong Kar Wai, a new Criterion Collection boxset featuring restorations of seven of the director’s films, “the essence of Wong’s art lies in the disjunction between the allure of the surfaces of his world and the yearning, disappointment, and failure that lie beneath.”

Wong was born in Shanghai in 1958. He and his parents were resettled in the Kowloon section of Hong Kong when he was five years old. Cut off by the Cultural Revolution from his siblings back on the mainland, and from his peers by language and culture, Wong spent almost every day with his mother at the movies, and after studying graphic design at university, began writing soap operas for Hong Kong TV.

By the 1980s, Hong Kong film companies like Golden Harvest and Media Asia presided over a boom in crowd-pleasing martial arts and crime films by filmmakers like John Woo and Jacky Chang. Wong worked on dozens of movie scripts throughout the decade, and his first directorial efforts, 1988’s As Tears Go By and 1990’s Days of Being Wild, seem to fit right in. Telling the stories of young gangsters and doomed romance, they mix melodrama and violence with long, languid summer evenings and muted interiors. And yet both films reveal hints of Wong’s emerging aesthetic: vintage pop songs, mirror shots, a halogen-bright love scene set to a Cantopop cover of Berlin’s “Take My Breath Away.”

Wong might have been remembered only as a stylish genre director if not for 1994’s Chungking Express. Made over the course of three weeks while Wong was recuperating from the editing of his Wuxia pastiche, Ashes of Time (1994), Chungking Express was shot without permits in the streets and alleys of Hong Kong. Key scenes were entirely improvised and set in borrowed bars and in the apartment of the film’s cinematographer, Christopher Doyle. Chungking Express employs all the conceits that would become Wong’s hallmarks—vivid slow-motion, step printing, delirious montages set to retro pop cues—and it focuses on his signature theme: romance. His stars court one another across dark bars and bright shopping warrens. The result is a sugar rush of sound and vision. And yet his pairs never actually get together. The actors Faye Wong and Tony Leung have an overpowering chemistry, but their paths never quite intersect. Each time I rewatch the film, I find myself hoping that this time the story will come out differently. This, perhaps, is the magic of Wong’s work: his stories, like his creative process, contain many possible paths.

Seductive appearances are given their due, but something just beneath them unsettles us.
sharetweet

Wong’s next two movies, Fallen Angels (1995) and Happy Together (1997), pushed this approach to its limit. These are quick, abrasive films. Happy Together feels like a repudiation of the joys of Chungking Express, telling a story of two gay lovers (Leung and Days star Leslie Cheung) as they break up, again and again, while on a trip to Argentina, perpetually unable to accept or reject one another once and for all. The film’s emotions are titanic but its cinematography is intimate, lots of closeup shots from a handheld camera. Here faces, seen one at a time, are as finely eloquent as words.

Wong has a reputation as a refined creator of images. The Criterion boxset comes with a book in which desaturated stills stretch across the pages, and screenshots from Chungking Express, often emblazoned with some decontextualized piece of dialogue, regularly show up on social media. Wong’s detractors think he makes long perfume commercials, and the contemporary American filmmakers who have been influenced the most by his work have sometimes reduced his method to a set of cloying visual clichés and stylistic tics. But Wong’s exacting style would amount to nothing without the strong currents of emotion repressed beneath its exquisite surfaces. In his films, an impassive expression, however perfectly composed, is always on the verge of shattering. Seductive appearances are given their due, but something just beneath them unsettles us.

Nowhere is this clearer than in Wong’s most famous film, In the Mood for Love (2000). Set in the Hong Kong of the early 1960s, it follows two neighbors (Leung again, this time joined by Maggie Cheung) who discover that their spouses have embarked on an affair. In order to learn how it started, the pair begin to act out the affair—Leung as her husband, Cheung as his wife—and slowly, accidentally, they too fall in love. As the camera swoons through a series of montages, the characters watch one another through reflections, and speak in the role of someone else. All this play-acting allows them to voice thoughts to which they could not otherwise admit, and to approach feelings they would rather avoid. To go forward would be improper; to let go, impossible. The smallest gestures come to stand in for the vast unspoken: one hand taking another, a tear holding fast to an eyelid. Emotion can only break through when the characters are alone or looking away from one another.

The film is a visual feast. Its sets, designed by longtime Wong collaborator William Chang, swim with vintage wallpaper, printed lamp screens, jadeite tableware, and weathered plaster. Cheung’s collection of elegant cheongsam dresses, striped with muted colors or blooming with flowers, enclose her to the neck, the image of constricting beauty. Shigeru Umebayashi’s music and a series of indelible Nat King Cole hits recur again and again, circling back to the same unstated feelings.

In the Mood for Love unites the patience of Days of Being Wild with the experimental style Wong pioneered throughout the 1990s. Objects stand in for locations, conversations are filmed with a focus on hands, clocks, mirrors. He cuts associatively, according to action and sound. We are shown doors that have just closed, we hear footsteps but see empty staircases. Little is ever explained outright, because no one is really in a position to explain it. When Leung finally confides his secret, it’s to a stone. We hear only the heartbreaking waltz of Michael Galasso’s score. We are always kept at a distance.

This perfectly realized film was the result of a protracted fifteen-month shoot in which Doyle had to be replaced by Taiwanese cinematographer Mark Lee Ping-bing, and much of the story was made up as the production went along. The film as we see it is only one of the many films this could have been. Deleted scenes reveal a wisely excised twist in which the pair do end up sleeping together, thereby resolving, or destroying, the painful tension between love and propriety that gives this film much of its energy. Even the never-better montages stitch together material shot months apart in various places. Wong’s excellence proves inextricable from his volatile working method, and much, if not most, of the final effect is achieved in the editing room.

Four years later, Wong released 2046 (2004), a sequel to Mood that finds Leung’s Chow Mo-wan drifting through love affairs. This film revisits many of the themes and tropes of its predecessor but presents them in a harsher, less elegiac light. Here romance becomes a kind of battle. A whole parade of Chinese movie stars (Gong Li, Ziyi Zhang, Faye Wong) exist only as scuffed reflections of Cheung’s absent Su Li-zhen. The sets are seedier, the dresses gaudier. Everyone is a screen onto whom Leung projects his unyielding yearning.

2046 contains moments of almost unparalleled emotional devastation. While less elegant and more uneven than In the Mood for Love, 2046 deepens their shared themes. To watch In the Mood for Love is to wish that someone would accept a love they already feel. And yet in its sequel, love becomes a trap: Cheung’s fixation on what could have been crowds out what already is. Memory overwhelms reality, and love past prohibits love to come.

In the first sixteen years of his career, Wong made eight films. Over the past seventeen, he has made only two, neither of which are included in the Criterion boxset. His tendency to blow past deadlines and through budgets has made it a challenge to get proper funding, and his choice of material has declined considerably. But I still hope. No filmmaker has ever been better at unspooling obsession, at capturing suppressed desire, or at providing surfaces while also suggesting just how much they cover over.

Robert Rubsam is a writer and critic whose work has been published in the New York Times Magazine, The Baffler, America, and Texas Monthly. He is currently an M.F.A. student at Columbia University. You can follow him on Twitter at @rob_rubsam.