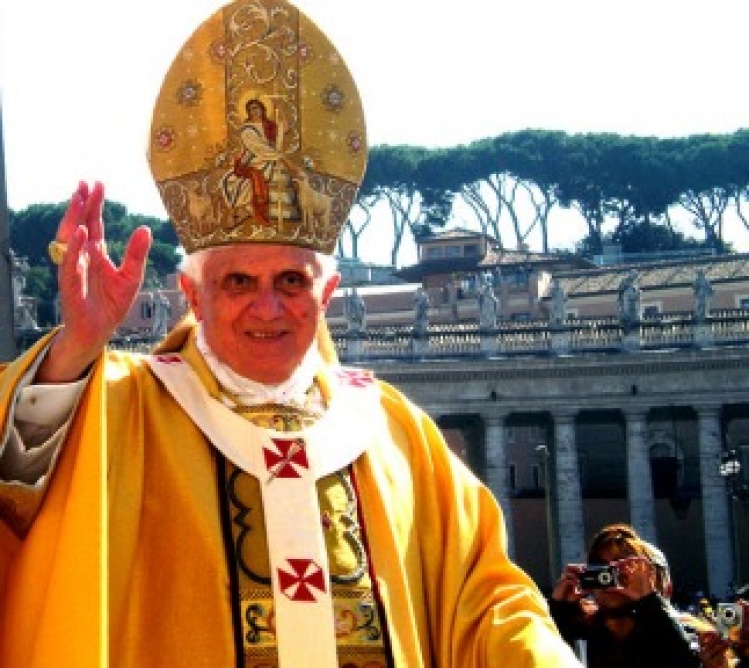 On February 11, Pope Benedict XVI announced that he would step down at the end of the month. His reasons? Age and infirmity. His doctors have advised him not to leave Europe. But perhaps stress contributed to his decision. These are difficult times for the Catholic Church. The sexual-abuse scandals continue taking their toll—most recently visible in the public shaming of Cardinal Roger Mahony by his successor in Los Angeles, Archbishop Jose Gomez. Parish-based protest movements have been roiling German-speaking Europe for years. And it seems that even after heroic efforts on the part of the Vatican, negotiations with the schismatic Society of St. Pius X have stalled, if not broken down. Perhaps, given these struggles, the pope felt it was the right time to resign.

Many Catholics are temped to “spiritualize” Benedict’s decision, but doing so avoids grappling with the unique features of the modern papacy. Catholicism has had a long, and often fraught, relationship with secular political power. The Catholic Church is, of course, heir of the Roman Empire, which emerged centuries after the turbulent—but long successful—marriage of ecclesial and state power held by the emperors Constantine and Theodosius (between 313 and 380). More recently, the Catholic Church showed its spiritual, cultural, and political might when John Paul II—with the help of Ronald Reagan—broke down the Berlin Wall and put an end to Communist rule in Eastern Europe.

Those examples suggest a strong dynamic of attraction-repulsion between Catholicism and imperial power. But how has the global church survived as an institution, given a social and political context that’s seen great upheaval over the past century? The age of colonial empires gave way to financial empires. A world dominated by Western powers is yielding to one increasingly oriented toward the South and East. The era of Catholicism as a state church in Europe has given way to the contemporary world of religious pluralism and freedom—and decreased Catholic practice. This is the long-term historical context of the papacy from which Benedict XVI will resign: one that became more monarchical in the nineteenth century (as a reaction against the democratization of modern political systems) and is now more centralized than ever before—despite Vatican II.

Some say Benedict’s decision is ecclesiologically important because it has “de-personalized” the office of the pope: “The office is more important than the person who serves it.” And that observation is doubtless true, but it overlooks the special features of the papacy. In the United States, there is a president and a vice president—and a Twenty-fifth Amendment, which governs the line of succession should the president become incapacitated. There’s no “operational distance” between the office of the pope and the person of the pope—at least not in recent memory. And the Vatican has no succession plans should a pope become unable to discharge his duties.

Given the nature and size of the Catholic Church, these lacunae present significant challenges. The council fathers came up with three new ways that the global church might be better governed: 1) give more power to the college of cardinals as a semi-permanent governing body; 2) create a new body consisting of the presidents of national bishops conferences; 3) institute a Synod of Bishops, according to the Eastern Orthodox model, which would have meaningful governing power. The first two options never had a chance. The Synod of Bishops seemed most the promising. But as soon as Paul VI and the Roman curia heard that council fathers were going to introduce the idea, the pope preemptively issued the motu proprio Apostolica sollicitudo (September 15, 1965), which created a purely consultative synod, with no real power.

A monarch who resigns because he is no longer physically fit for the job is also saying that he has nobody to help him. Despite the best efforts of many council fathers, responsibility for the governance of the Catholic Church still falls to one man. Leaving aside recent mixed messages coming from Rome about the sacrifice and mission of an ill pope (compare John Paul II to Benedict XVI), this resignation speaks volumes about the church’s need for more collegial governance. Not for the sake of “modernizing” or “democratizing” the church, but for the sake of protecting the Catholic Church and the bishop of Rome from the relentless bureaucratic and legal demands of institutional leadership in the twenty-first century.

Vatican II was both the beginning and the end of a centuries-long redefinition of a bishop’s role. During the second millennium, and especially over the past century, the work of a bishop became increasingly complicated, demanding the skills of a leader, of a mediator, of a media-savvy communicator, and of a CEO. The council fathers modeled their reforms on modern examples—especially the university system, from which they borrowed the idea of the retirement age of bishops (seventy-five). Indeed, bishops were the first ones affected by postconciliar reforms.

Yet the office of the bishop of Rome went unreformed. Unlike other bishops, there is no mandatory retirement age for the pope. (Members of the Roman curia have to retire at eighty.) John Paul II considered resigning, and even weighed the possibility of instituting a retirement age for popes, but chose to die in office. In this regard Pope Benedict XVI is more “conciliar” than his predecessor. Needless to say, instituting “term limits” for bishops was one of the most modern of Vatican II’s reforms. (I’m not convinced it’s been well implemented. See my first book: Il vescovo e il concilio. Modello episcopale e aggiornamento al Vaticano II, Bologna 2005.)

Benedict’s resignation sets an important precedent, but it also raises difficult questions. He plans to retire to a convent in the Vatican. How will the new pope handle having the previous pope as a neighbor? Will the next pope embrace Benedict’s interpretation of Vatican II as “discontinuity within continuity”? Will he continue Benedict’s efforts to stem the decline of European Catholicism? Will he share Benedict’s fondness for the pre–Vatican II liturgy? Finally, will the next pope close or continue negotiations with the Society of St. Pius X—a matter very close to Benedict’s heart? To a large extent, the next pope’s actions will serve as a comment on Benedict’s legacy. No one remembers the last time a pope had the chance to render judgment on his predecessor’s legacy while the man was still alive. But how Benedict’s successor discharges his office will tell us whether or not he considers the teachings of Vatican II negotiable.