Even the Fines Are Deductible 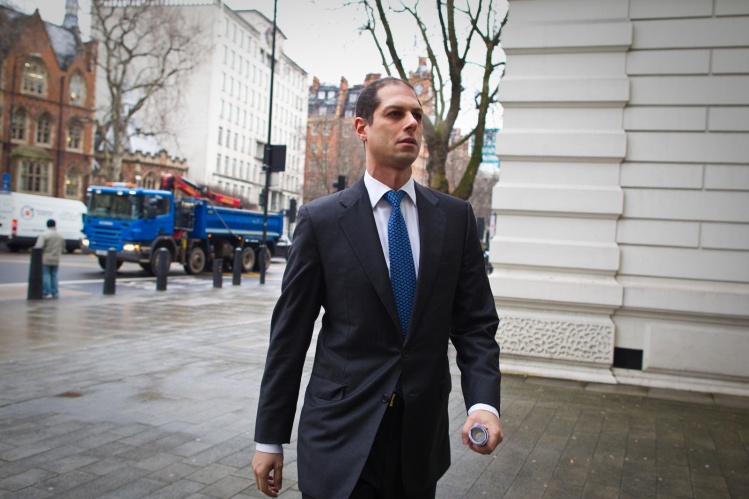 Kareem Serageldin, an executive at Credit Suisse, was the only banker who went to prison for the financial crisis. (Jeff Gilbert / Alamy stock photo)

Jesse Eisinger earned a Pulitizer Prize for his probing of the 2007–2009 financial crisis, most of which appeared in the indispensable muckraking non-profit ProPublica. His Chickenshit Club focuses on a puzzle: How could the world’s greatest banks knowingly sell trillions of fraudulent securities, and almost trigger a 1929-scale Depression without a single major banking figure going to prison? To answer that Eisinger offers a thoughtful and illuminating account of the evolution of corporate crime and its consequences.

He opens with a compact account of an earlier crisis, brought on by the pervasive frauds at big corporations in the early 2000s—Enron, WorldCom, Tyco, and a number of others are in the hall of shame. Between the Securities and Exchange Commission (SEC), the Justice Department, and the FBI, a focused corporate-crime task force blanketed the suspected companies with disclosure subpoenas, and threatened mid-level employees with dire sentences unless they incriminated their superiors.

Enron was the poster-boy case. In the early 2000s, it was America’s most admired company—aggressive, entrepreneurial, and technically savvy. But its financials were lies through and through. Loan proceeds were booked as revenues, income was double-counted, fake businesses galore reliably churned out fake profits. And they got away with it for years because their accountants at Arthur Andersen, and investment bankers, including Merrill Lynch and Citicorp, helped them structure the frauds.

The federal prosecutors went after Enron with vengeance. Enron’s CEO, Ken Lay, was a close friend of President George W. Bush, but it made no difference. Both Lay and Enron’s president, Jeff Skilling, got severe prison sentences. Lay died of a heart attack before he served time, while Skilling is due to be released this year after serving fourteen years. Andersen went out of business, and a number of Enron’s accountants and investment bankers received prison sentences.

The 2002 cases were in the tradition of the Justice Department’s tough attitude toward white-collar crime, in a tradition established by legendary figures like Stanley Sporkin and Paul Pelletier. They were rough-edged and profane, and didn’t go to the best law schools, but they were personally offended when very rich, very powerful executives broke the law to get even richer. The Southern District (New York) U.S. Attorney’s jurisdiction became a scourge of dishonest executives.

The Andersen case, however, was a call to arms among corporations and their law firms. White-collar crimes had traditionally been defended by the vaguely disreputable criminal bar—the same folks who lawyered for the Mafia. Companies had been shaken by the 1990s convictions of people like Ivan Boesky and Michael Milken, and they clamored for better criminal-law services.  The law firms responded, and their criminal-defense practices flourished. The traditional criminal bar had focused on raising doubts on whether a defendant had actually committed the offenses in question. The new defense bar were as likely to argue constitutional points.

Congress weighed in heavily on the side of companies. Business lobbyists deplored the collapse of Andersen. Twenty-five thousand people, almost all of them innocent, lost their jobs!  The prosecutors, in fact, had offered Andersen an attractive alternative: an admission of wrongdoing and acceptance of a deferred prosecution agreement. Get rid of the bad actors, do no wrong for a specified period, and there would be no indictment. Andersen’s refusal sealed its fate, and when they were convicted, their clients stampeded to other firms.

By the time the 2007–2009 financial crisis hit, the white-shoe law firms had perfected their game plans for dealing with corporate misdeeds, and the Justice Department and U.S. Attorneys have played along. The Chickenshit Club of the title comes from a speech by Jim Comey when he became U.S. Attorney for the Southern District of New York. At one point, Comey asked how many of the attorneys had never lost a case. A number proudly raised their hands. Comey said, “Me and my friends have a name for you guys…the Chickenshit Club.” The members of the club never took really difficult cases, or probed deeply into the nature of the wrongdoing. The deferred prosecution agreement became the standard solution. There were no indictments of human beings, merely fines often in the billions of dollars. Read closely into the underlying documents, and you see how painless they are—like financing low-cost housing projects. Even the cash fines were deductible.

The last third of the book presents a rogue’s gallery of wrongdoing. Citicorp, Goldman Sachs, Lehman Brothers, Bear Stearns, AIG, Merrill Lynch, and their feeders, like Washington Mutual and Angelo Mozilla’s Countrywide, committed massive fraud for years. The Obama administration, by all accounts, had no interest in following up judicially, contenting itself with a regulatory response. The principals in what look like major frauds were often not even interviewed. Instead, the new breed of Justice Department lawyers sit down with their peers in the private firms and work out agreements on all sides, which is easy to do because they expect their career path to be on both sides.

But what about former U.S. Attorney Preet Bharara, and the number of insider-trading convictions he’s won, against some of the biggest names on the Street? In fact they are a symptom of Justice’s slide into “Chickenshit.” They are the easiest of cases to win, because they almost always turn on wiretap evidence. A lower-level employee wears a wire and the senior guy incriminates himself. Nothing to it.

The Chickenshit Club is an important book, synthesizing nearly a decade of diligent digging. Eisinger doesn’t offer solutions, but there won’t be any, at least until we begin undermining the golden towers that protect the global super-rich.