Where Is the Son of God Before Bethlehem?
By Margaret O'Brien Steinfels
Books
Columnists
Spirituality
Theology 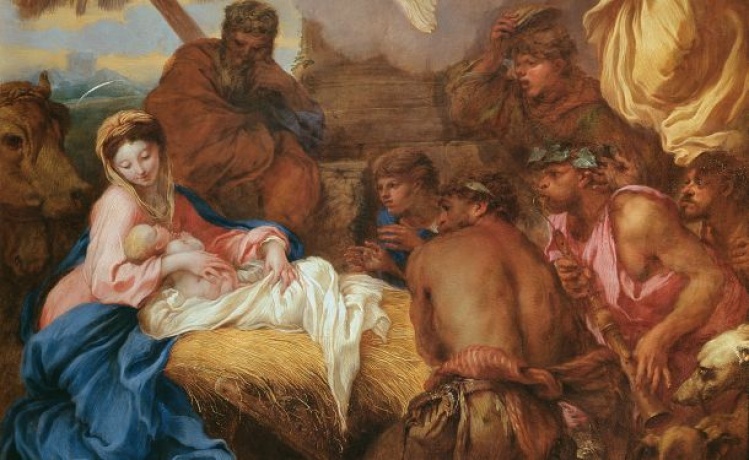 Metaphysics. Not a word we ordinarily think of during Christmastide and Epiphany. Yet, unexpectedly, it provided me with new reflections on the deepest meaning of the birth of Jesus and the Incarnation—the seen and the unseen.

I happened to be reading the chapter titled “Metaphysics” in Marilynne Robinson’s much lauded recent collection of essays, The Givenness of Things. In fact, I opened to that chapter eager to see how the resuscitation of “metaphysics” was proceeding. Robinson, it turns out, is not using the word in the way it has usually been used in the philosophical tradition that runs from the pre-Socratics through Plato, Aristotle, Averroës, and Aquinas, right down to the (once-required) metaphysics course at Catholic universities. She is on to another kind of metaphysics, one that focuses on the Second Person of the Trinity and the Incarnation.

An acclaimed novelist and an occasional preacher at her Congregational church in Iowa City, Robinson finds the basis for a specifically Christian metaphysics “ready to hand in biblical and traditional theology.” For theological tradition she turns, not without some caveats, to John Calvin. For scriptural references, she stresses the cosmic hymn of Colossians 1:15–20 (“He is the image of the unseen God, the first-born of all creation”) and the Prologue to John’s Gospel (“In the beginning was the Word”), and points to Psalm 8:4–6 (“What is man…. Yet you have made him little less than a god”), as well as the genealogy in the third chapter of Luke (“son of Adam, son of God”). She is reflecting not on the Jesus of the manger but on the pre-existing Son, who was with God and is God for all eternity, the Second Person of the Trinity in whom “all things were created, in heaven and earth, visible and invisible.”

Though I recite the phrase every Sunday, Robinson’s emphasis on “eternally begotten,” brought me up short. Where is the Son of God between “the Beginning” and Bethlehem? Her response: The Nativity and the Incarnation are an outcropping of a reality that existed throughout creation and for all time. The Second Person of the Trinity was and is Jesus Christ, Son of God, Son of man, “who might be thought of as promised or anticipated in the very fact that he is also implicit, present in humankind before he, in the Incarnation, became present among them.”

This elaboration has important implications: “In light of the unvarying solicitude of the Old Testament toward the poor, it might be metaphysically respectable to infer that Christ was in some sense present even in the least of them from the primordial moment when human circumstance began to call for justice and generosity.” And not only the Old Testament: “An ancient Egyptian aspired to be able to say, to the god who met him after his death, I never made anyone weep.” Robinson sees this as “a noble and gentle aspiration I can only imagine Christ would honor.” Her high Christology implies, as she says, a high anthropology (“you have made him little less than a god”), evident in these and other turns of thought in the essay.

Robinson’s biblical and theological metaphysics is not, of course, wholly independent of the more philosophical sort. She laments that metaphysics is now “abandoned as if it were a mistake sophisticated people could no longer make,” replaced by the idea that “God is a human social construct whose existence…is substantially dependent on what people think.” This abandonment of metaphysics rests on an “old nuts-and-bolts physics”—a “crudely restricted notion of the possible” that leaves no room for belief in the Trinity or talk of the “eternally begotten.” Robinson welcomes the new physics of quantum entanglement not in order to construct an apologetic or science-based Christian metaphysics but to clear away the prevalent “anti-metaphysics” that blocks her turn to scripture and theology.

Those familiar with her prose know how slowly and solemnly she unwinds and rewinds these arguments, circling around ideas and spinning off insights. She starts with the debate between science and religion (“fundamentally misdirected”) and ends with Luke’s placement of the genealogy of Jesus, running back in time from Jesus’ baptism to Creation. Bethlehem is implicit in “the Beginning,” the seen and the unseen.

Annie, get your grenade launcher