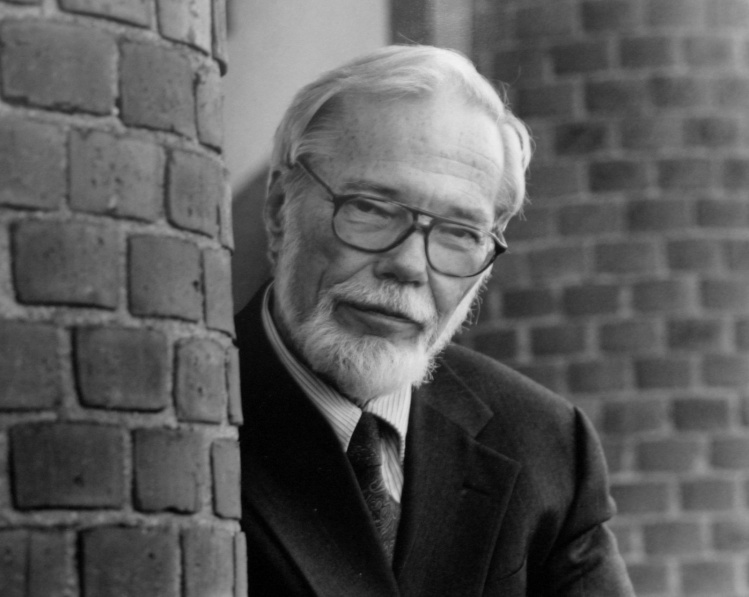 In terms of impact per page, The Nature of Doctrine (1984) was probably the most significant work of American theology in a generation, if not a century. Its author, George Lindbeck, who died in January, was a Lutheran theologian based at Yale University, with a long and deep interest in Catholicism.

Lindbeck was born in 1923. The son of a Lutheran missionary, he lived in China and Korea until the age of seventeen. He was educated at Gustavus Adolphus College and Yale Divinity School, and taught at Yale from 1951 until his retirement in 1993.

Lindbeck began his academic career with a doctorate on Duns Scotus, a notoriously complex and technical medieval writer. He once commented that the pressure to publish was not so strong in his early days: he never considered going to a publisher with the dissertation, just made a few copies to post to the handful of scholars around the world who might possibly have an interest.

However obscure, Lindbeck’s early work on medieval theology made him a natural candidate for serving as a Lutheran observer at the Second Vatican Council, and it was his experience there that in one way or another gave shape to much of the long theological career that followed.

In 1970, five years after the close of the council, Lindbeck published a book titled The Future of Catholic Theology, with a subtitle referring back to Vatican II. Putting the phrase “the future of” into a title is perhaps a risky thing to do—such books rather quickly seem dated. Whatever its virtues, in any case, this early work by Lindbeck is rarely cited. The more significant outcome of his involvement in Vatican II was that he became a lifelong ecumenist involved in Roman Catholic–Lutheran dialogue both nationally and internationally. This was important as a contribution in itself—the dialogues in which Lindbeck participated led to the celebrated 1999 Joint Declaration on Justification—but important also because The Nature of Doctrine emerged from Lindbeck’s wrestling with what he saw in the course of the ecumenical work.

The issue that puzzled Lindbeck and gave rise to his slim but powerful book had to do with some of the striking successes of the movement during the period of his involvement. How was the genuine intellectual progress that characterized this ecumenical work possible? In particular, how was it, he asked, that doctrinal differences which at one stage had been church-dividing could now be overcome, while each party still insisted that they remained absolutely faithful to their historic commitments? One could, of course, simply ignore the claims to fidelity—maybe the theologians on all sides were really going soft on their own traditions—but Lindbeck proposed instead that we might try believing them, and thinking afresh about what this implies about what doctrine itself is.

What emerges in The Nature of Doctrine is a very ambitious and wide-ranging theory of religion and of doctrine, and indeed a proposal for how to do theology in a new “postliberal” vein, all within 138 pages. Lindbeck set his understanding in contrast with an intellectually oriented, “cognitive” conception of religion, according to which a religion is something like a science or a philosophy, and doctrines are truth claims—one might think here of the neo-scholastic system of thought that dominated official Catholic thinking from the end of the nineteenth century to the middle of the twentieth.

The contrast with cognitive readings of religion was not especially shocking: in many theological circles of the time, including Catholic ones, the “cognitive-propositional” approach was already long dismissed. More provocatively, Lindbeck also set his own vision over against what he called “experiential-expressivism,” which he associated with a liberal theological tradition. According to this “experiential-expressive” liberal view, religions are the expressions of a basic experience of the divine—perhaps one shared across all religions—and doctrines are symbols of “inner feelings, attitudes, or existential orientations.”

Lindbeck’s basic proposal was that a religion should be thought of neither as a philosophy, a set of beliefs, nor as ultimately just the expression of an experience; it should instead be imagined on the model of a culture, something that surrounds and shapes you, or as a language, something through which you think and express yourself and indeed experience the world. Doctrines then become something like the grammatical rules of the language. With such an understanding in place, he thought, one could find a way to make sense of the particular combination of change and permanence that the ecumenical advances of his time presented.

Imagining doctrines as rules for the correct use of language can be very illuminating in particular cases. It is a whole lot easier to get one’s head around the doctrine of the Trinity, for instance, if one thinks of it in this way rather than if one treats it as a mysterious description one is supposed to be able to dimly grasp; and the famous Chalcedonian definition (Christ is one person in two natures, fully human and fully divine, the two natures unconfused, undivided, unchanged, unseparated) is also a bit easier to grapple with if it can be approached as, above all, a grammatical ruling.

Was this to be taken as a denial of the reality of God and of faith, if it is all just a culture and a way of speaking? Was Lindbeck really an anti-realist?
sharetweet

Theologians were drawn to Lindbeck’s book, fascinated by his proposals. But also, of course, it generated no end of criticism. Was this to be taken as a denial of the reality of God and of faith, if it is all just a culture and a way of speaking? Was Lindbeck really an anti-realist? Or, a different problem: Does this vision of things lead to a kind of separatism, a sectarianism, a withdrawal from public life—we have our own culture, our own language, and we will just busy ourselves with living in it? Or, a slightly different issue again: Does it present too static and monolithic—and, implicitly, conservative—a conception of Christianity?

The subtitle of The Nature of Doctrine is Religion and Theology in a Postliberal Age, and the book came to be seen as at the center of “postliberal,” or “Yale School” theology, alongside the work of Hans Frei and David Kelsey, and, to a lesser extent, Stanley Hauerwas. (Frei and Kelsey were both colleagues of Lindbeck; Hauerwas was educated at Yale but did not teach there.) Theology is something of a fashion-driven subject, and for a while “the Yale School” was the exciting thing in English-speaking theology, set over against the liberal embrace of modernity on the one hand and the conservative resistance to it on the other.

As a name, then, Lindbeck became associated with The Nature of Doctrine and the Yale School. As a person, he didn’t in fact identify himself too closely with either. I asked him once, during my student days at Yale, about some particular interpretation of the book, and he answered only with a comment about the way books really do seem to take on a life of their own, and cease to belong to the author once published. And I’m grateful to say that neither Lindbeck nor his colleagues ever made any effort to propagate themselves through us.

If it was not The Nature of Doctrine, nor the so-called Yale School, what was it that Lindbeck was most deeply concerned with? I’m not in a position to know, of course, but a couple of things come to mind as possibilities. One was his next book. Twenty-two years ago (I am precise only because I remember the baby I had with me at the time of that conversation), he told me that he had about a thousand pages written, but he thought his contribution would be a short volume. Some years earlier, when I had casually voiced a hope that he would have a nice time during a sabbatical in Rome, he commented, “If I make progress with the writing, I’ll have a nice time.” He was working on this next book for all the years I knew him, and I had the sense it weighed on him for much of that time. He never did manage to finish it.

I presume that his teaching was important to Lindbeck. Certainly he was profoundly influential on many. This is true even though he could be reticent, almost self-erasing, in the classroom. My strongest memory of a class on Karl Rahner and Hans Urs von Balthasar during my undergraduate years, for instance, was the sheer frustration of a situation in which none of us were able to understand the texts, and yet he would refuse to step in and explain. We knew there was all kinds of knowledge locked up in him, but we couldn’t get it out. And yet the Rahner-Balthasar course prompted and shaped my own subsequent career in theology. Several of the people with whom I shared a similarly frustrating seminar on Aquinas a few years later went on to write significant books on St. Thomas. Something about this style worked.

In some ways Lindbeck’s teaching can be understood as an extension of his ecumenical work. Certainly he was committed to helping educate a number of us Catholic students not just to be theologians, but to be Catholic theologians: Nicholas Healy and Cathleen Kaveny (a Commonweal regular) overlapped with me; Joseph DiNoia, OP, (now high up in the Curia) and James Buckley were among those who had been there before us. But more fundamentally there was a kind of ecumenical generosity in the approach to theology Lindbeck modeled: one did not look to that which was different—whether differing because distant in time or because distant in culture or church affiliation—with an instinct to dismiss, or in order to sharpen one’s arguments against it. One approached the unfamiliar with close, patient attention, with a desire to get to the very center of its logic, and perhaps with the search for some larger framework within which to envisage both oneself and the other, where each could be treated fairly and neither placed over the other.

Inevitably, there were limits to the range of this generosity, blind spots within it. Even as a student I worried about the poor theological liberals, from Schleiermacher on, and wondered whether they were getting a fair hearing. Since those days I have noticed some other gaps in the range of what we were trained to attend to. And yet even so, there remains something really distinctive and moving about the approach to the intellectual task Lindbeck represented, which brought together attention to the particular, generosity toward the other, and the strenuous search for clarity of thought and simplicity of expression.