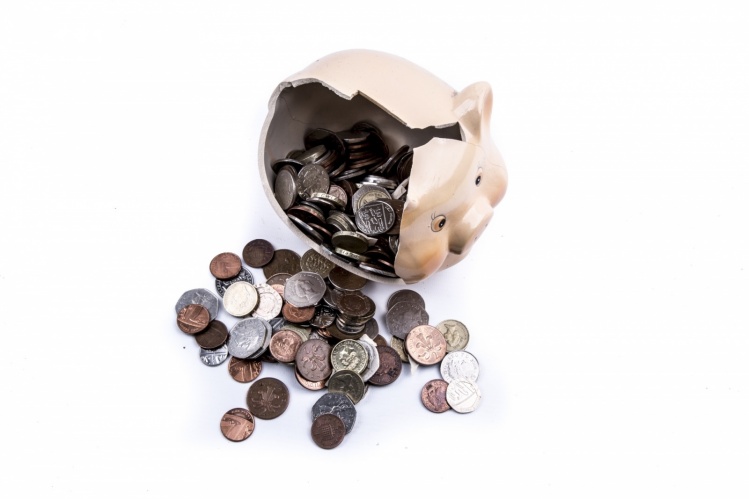 Economic precarity is a cross-generational issue, and blaming Boomers, rather than conservatives, is an unconvincing pivot. (George Hodan / Public Domain)

I plant a small forest of sunflowers in front of my house in Washington, D.C., each year. It pulls me back to my childhood backyard in Michigan, and better yet, as spring folds into summer, it attracts all sorts of fauna: bees, butterflies, birds, and, in recent years, a growing crowd of babies.

I spend a lot of time talking with the parents of this last group—about gardening, about the local schools, about other touchstones of urban family life. But after twelve years in D.C., I’ve noticed a few things change. Lately, it seems as if almost all of these parents are from the Midwest. (Sometimes I joke that they might rebrand my neighborhood D.C.’s “Little Heartland.”) They also are wound much tighter. They’re more worried about more parts of their children’s lives.

So am I. As a young-ish father of three young children, I almost always wind up asking my neighbors: how are you piecing things together? Can you afford another kid? It can’t possibly stay this hard, can it?

It’s telling that these conversations happen even in D.C., where ambitious, anxious young workers flock to its dynamic labor market. The American Dream still (mostly) exists here: work hard and you’ll probably move up the ladder. But its bounty stands in stark relief against the trajectories of so many other communities. And even then, with all these Midwesterners chasing careers in the capital, the “cost of living”—the bleakest bit of jargon, if you reflect on it—relentlessly continues to escalate.

No wonder Millennials are cynical about the future and disaffected with American institutions. Social immobility and economic inequality are crushing young Americans. We’re buried in student-loan debt, struggling to buy homes, and flailing through the life cycle. We’re either struggling to find work in affordable heartland hometowns or chasing six-figure down payments for million-dollar mortgages in high-income cities. What happened to us? Why is it so much harder—so much more expensive—for young Americans to build a secure, sane life?

The progressive diagnosis—young families are suffering in the face of growing economic inequality in an unfair economy defined by regionalized access to economic opportunity—is both straightforward and well-established. By contrast, conservatives have struggled to find a message—let alone an agenda—that meaningfully addresses these frustrations. Years of protecting the rich from higher tax responsibilities make it fiscally difficult for them to propose ambitious and substantive solutions to Americans’ anxieties. But their problem isn’t just a question of revenue: the right has run against government’s ability to solve problems for so long that it can’t credibly propose using the government to meet the public’s needs. What is it to do?

Enter Joseph Sternberg’s The Theft of a Decade: How the Baby Boomers Stole the Millennials’ Economic Future. The subtitle says it all. In Sternberg’s telling, if young families like mine have a narrower path to economic security than earlier generations did, well, it’s our parents’ fault. Specifically, when Boomers took political power (and hit their prime earning years) they engaged in a series of short-sighted reforms prioritizing the present over the future, “borrowing to fund just enough investment to deliver quick hits of economic growth.”

In other words, Theft of a Decade provides conservatives with a brilliant pivot. Above all, it helps them subtly shift blame for problems like student-loan debt and high housing costs from the rich to the old. As a member of the Wall Street Journal’s editorial board and a self-styled “free-market conservative,” Sternberg stresses that Theft of a Decade “is not an indictment of Wall Street or ‘the finance industry,’ or ‘short-termism’ among corporate managers, or excessive executive pay.” In other words, while he’s politically savvy about Millennial rage, he’s eager to redirect it away from Wall Street rapacity.

This pivot hinges on how well Sternberg’s generational-conflict framework explains past policy decisions and Millennials’ present predicament. Theft of a Decade follows Boomers (Americans born between 1946 and 1964) from their arrival in a labor market transitioning away from the stability of the mid-twentieth-century economy up to their impending retirements. For much of the past four decades, Sternberg argues, Boomers have been trying to goose the economy through various policy tricks. In the 1980s, they cut taxes on capital gains and pushed deregulation, which produced, in Sternberg’s telling, “a new boom in financial engineering: leveraged buy-outs, mergers and acquisitions, and other Gordon Gekko-like techniques.” In the 1990s, Boomers eased federal rules around subsidizing mortgages to make it easier for their generational cohort to buy homes and “raised the cost of employing human beings” via new regulations like the Family and Medical Leave Act. When the Great Recession hit, they intervened to protect their home values by inflating the collapsing housing market with public funds. All of this added to the burden their children will soon have to bear—higher deficit spending and more private and public debt.

It’s a compelling story, and to Sternberg’s credit, such an approach helps him go beyond the usual conservative talking points. Where many of his political fellow-travelers see a generation of frivolous, entitled whiners, he recognizes that Millennials have been dealt a pretty raw deal. He notes that, for Millennials, “the trend toward greater individual responsibility for saving makes it more obvious that we’re falling behind.” It’s equal parts astonishing and encouraging to read a conservative writer describe shifting risk onto individuals as anything other than “liberating.”

And yet, Theft of a Decade is not without problems. First, like any single-variable explanation of complex social, political, and economic issues, Sternberg’s generational analysis obscures even as it enlightens. He misses basic intra-generational lifestyle diversity. Who is Sternberg’s Millennial? Someone who, he writes, grew up admiring Thomas Friedman, Marc Andreesen, and loving the show Home Improvement. These dorky young kiddos, in his telling, get educated, work, need health care, and buy housing. That’s a fair outline of a human life cycle. But it’s not the whole picture for a generation whose oldest members are nearly forty years old. In Sternberg’s telling, marriage is only lightly discussed and children hardly show up. That means their effects—slowed career trajectories, child-care costs, income diverted to save for kids’ future college attendance, etc.— aren’t part of his story.

Second, and similarly, Sternberg’s approach ignores politically inconvenient disagreements within generations. He counts the mistakes of the 1980s against Boomers because they were finally joining the ranks of voting adults. He counts the policy decisions of the 1990s against Boomers because Bill Clinton is a member of that generation. This allows him to blame “Boomers” of all stripes for years of disconnected policies that might be summarized as expanded benefits paired with tax cuts. Except, of course, that this hides much of what actually happened (and why). After all, early-career Boomers didn’t launch a concerted, multi-year “Starve the Beast” approach to governance. Conservatives did.

In a 1980 Wall Street Journal column, prominent conservative intellectual Irving Kristol outlined the thinking largely responsible for the deficits that Sternberg hangs on Baby Boomers: “The neo-conservative is willing to leave those [fiscal] problems to be coped with by liberal interregnums. He wants to shape the future, and will leave it up to his opponents to tidy up afterwards.” Deficit spending wasn’t an approach chosen or preferred simply by “Boomers,” but rather conservatives of all ages. Those choices now hamstring federal policymakers trying to smooth Millennials’ paths.

In other words, much as Sternberg would like to reposition recent policy debates in generational terms, doing so offers an incomplete guide to the historical record and an unclear guide for future policies. For instance, Sternberg dings federal interventions to stabilize the housing market amid the global economic crisis of 2008–09 as “the effort to keep Boomers and Gen Xers in houses they couldn’t afford.” While that’s true, it’s also possible to describe those as key interventions that prevented the global economy from wholesale collapse—an outcome that would have been catastrophic for everyone from Boomers to Millennials to Generation Z. If, in the name of avoiding deficit spending and making housing more affordable, the government had allowed the housing market to continue its collapse during the Great Recession, there might well be a generation of evicted Boomers living in Millennials’ crowded rental units.

Or, for another example, consider the Affordable Care Act. Sternberg largely presents it as another generational salvo, another instance of Boomers soaking Millennials with the fiscal consequences of more public entitlement spending. Except that the benefits of extending access to health insurance don’t just benefit Boomers—as Sternberg only briefly notes near the end of the book, they’re also good for early-career Millennials.

The analytical limits of Theft of a Decade hint at political limits for rewiring conservatism around generational conflict. A concrete anti-Boomer, pro-Millennial agenda is impossible to imagine in an era when Americans are best defined by their relationships to economic precarity, not their age. When conservatives try to repackage their agenda for young families, they invariably flounder. For instance, Rep. Ann Wagner (R-Mo.) and Sen. Marco Rubio (R-Fl.) recently proposed letting new parents pay for their own leave by borrowing from their Social Security benefits. It’s an attempt to rebrand conservatives as being attentive to the economic strains facing young families—but by allowing Millennials to take on more risk, not through any kind of generational rebalancing.

This choice doesn’t just reflect the degree to which conservatives rely on the votes of older Americans to retain power. It’s also a sign that the various, generationally “nefarious” policies that Sternberg holds against Boomers haven’t actually left them fat, happy, and well-resourced as they near retirement.

Indeed, I’ve seen it in my sunflower patch, where Boomers increasingly follow toddlers through the garden. These grandparents have often moved into spare rooms or basements after things fell apart—jobs that left town, careers that ended prematurely, health emergencies that forced a move. The pressures of inequality—the concentration of economic power and vanishing opportunities—don’t just apply to Millennials.

And yet, it’s an Iron Law of Washington, D.C. policy panels that major policy debates are only complete when they span the ideological spectrum. Theft of a Decade may very well earn Sternberg a coveted seat as the conservative voice on elite panels of Very Serious People discussing inequality, Millennials, homeownership, and so forth. And no Boomer will ever be able to take that from him.

The Theft of a Decade
How the Baby Boomers Stole the Millennials’ Economic Future
Joseph C. Sternberg
PublicAffairs
$28 | 288 pp.