Pride Before a Fall 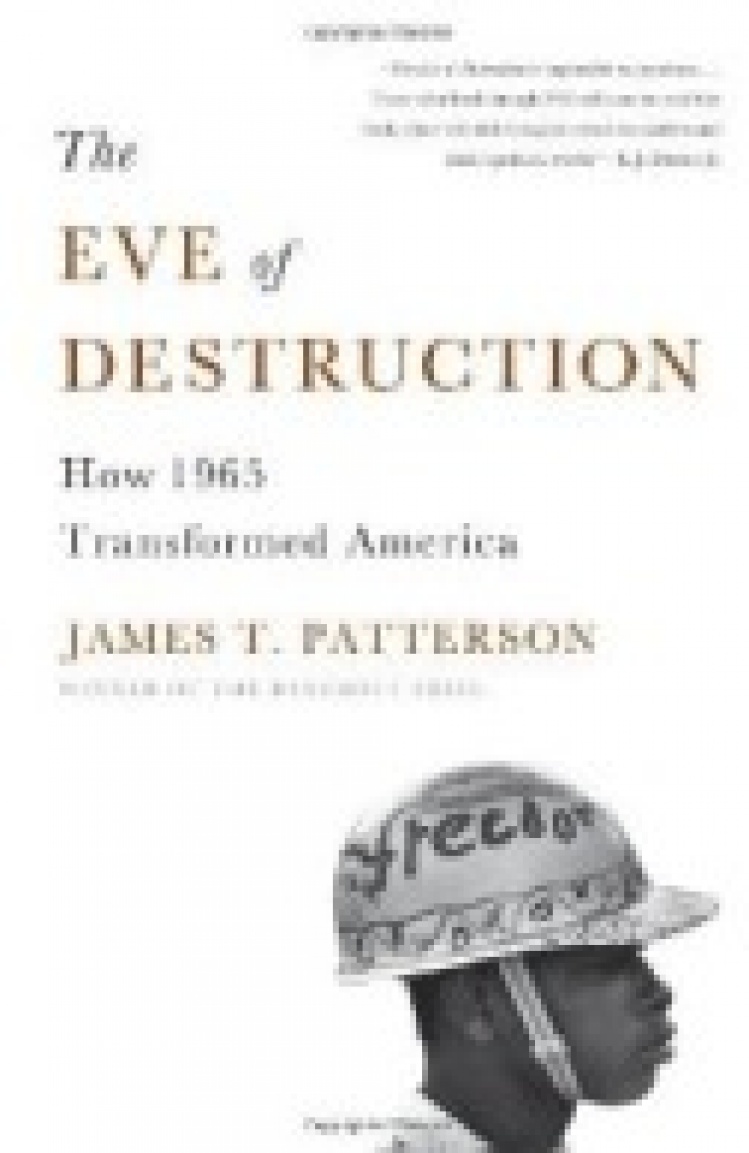 Political liberals may find comfort in the disarray of today’s Republican Party. But it wasn’t so long ago that their own troubles set the stage for the Reagan Era. Historian James T. Patterson skillfully chronicles that period in The Eve of Destruction.

Here’s how bad it’s gotten for the GOP: Republican presidential candidates have gotten to 50 percent of the vote just once since the 1980s. More alarming for conservatives, the GOP base is shrinking as it struggles to make inroads with blacks, Latinos, women, and young people. Perhaps more surprising, liberal hopes aren’t built on conservative disorder. They have a two-term president, who used his second inaugural address to argue that individual liberty rests on strong communal institutions. Here, after years of conservative dominance, was a Democratic president aiming to reframe U.S. political debates in liberal terms.

Of course, Obama inspired similar excitement in 2008. But much of that hope was crushed by the weight of an obstructionist Congress. Some liberals began to yearn for a Lyndon B. Johnson. Top Johnson aide Joseph Califano suggested that Obama would do well to emulate LBJ, “the most effective progressive president of the twentieth century,” a man “always poised to grasp any opportunity to achieve his legislative objectives.” A twenty-first-century LBJ, disappointed liberals insist, would never surrender leverage by, for example, publicly refusing to invoke the Fourteenth Amendment during the debt-ceiling battle. In comparison with Johnson’s confident leadership, Obama looks cautious to the point of weakness.

Are those liberals right? Should Obama emulate the hard-charging Texan? Patterson’s The Eve of Destruction serves as a caution against nostalgia for LBJ. To begin, the two men share more than many recognize. In general, Patterson writes,

LBJ sought to avoid protracted fights with powerful opponents or interest groups. He continued to be a liberal who believed that the federal government should advance equal opportunity; he was not a radical or social democrat who sought to tame Big Business, fight against income inequality, ensure equal economic outcomes for people, or guarantee a host of special rights and entitlements.

Patterson argues that Johnson’s successes had less to do with personal toughness or ideological purity and more to do with circumstance. In 1965, LBJ didn’t face grassroots opposition like the Tea Party, let alone Fox News. Rather, that period’s strongest movements supported LBJ’s agenda. If he moved public opinion on civil rights, it was in a supporting role. The real work was done by civil-rights activists across the South. Of course, Johnson took full advantage of the moment. He eventually bullied Congress into passing the Elementary and Secondary Education Act, Medicare and Medicaid, the Voting Rights Act, and much more.

But in time it became clear that with every progressive victory, Johnson was laying the foundation for the Age of Conservatism. Conservatives took to journals like the Public Interest to argue that LBJ’s War on Poverty was well intentioned but deeply misguided. Slowly but surely, they began convincing Americans that poverty and related social problems were too complex to be solved by the federal government. In 1965, Patterson notes, more than 75 percent of Americans trusted the government “to do right most of the time.” Ten years later, the number had dropped to 38 percent.

Of course, Americans’ mistrust of government wasn’t solely caused by conservative elites. By the end of 1965, American liberalism was thoroughly tied to the war in Vietnam. As Students for a Democratic Society (SDS) president Carl Oglesby put it during a November 1965 protest in Washington, D.C.:

We are here again to protest a growing war. Since it is a very bad war, we acquire the habit of thinking it must be caused by very bad men.… We must simply observe, and quite plainly say, that this coalition, this blitzkrieg, and this demand for acquiescence are creatures, all of them, of a government that since 1932 has considered itself to be fundamentally liberal.

While that was a radical position at the time, it would not remain so for long. More troops and bombing sorties did little to improve matters. Johnson—correctly—became convinced that transparency about the war threatened his domestic agenda. The more Americans learned about their country’s involvement in Vietnam, the less they trusted leaders acting in their name.

If 1965 was political liberalism’s high point, Patterson provides compelling evidence that it also marked the beginning of the cultural movement we’ve come to call “the ’60s.” Anti-Vietnam protests, the civil-rights movement, and other radical movements dramatically expanded. Students for a Democratic Society had fewer than fifteen members in 1964—it would soon have nearly eighty thousand. Aesthetic norms were changing too—in August 1966, the Beatles’ Revolver permanently reshaped the band’s image and stretched the boundaries of popular music. America’s politics may have been tilting away from liberalism, but cultural and personal liberation still continued apace. Conservative political ideas may have dominated the Reagan Era, but today’s GOP still hasn’t come to terms with the social and cultural pluralism that grew out of the 1960s. This may prove as challenging as the party’s demographic struggles.

The Eve of Destruction offers few lessons for liberals longing for a new political era. Johnson’s headstrong style wasn’t all that damaged mid-century liberalism. Obviously the Vietnam War did enormous damage. Like Obama, Johnson inherited foreign-policy problems from his predecessors. Both presidents staked their reputation on escalation. But if Obama is remembered as a transformational president, it won’t be because of his war policy. It will be because he replaced the Reagan Era’s conservative narrative with one that revivified U.S. liberalism. Should Obama succeed, conservatives will look to their Reagan Era hubris with the same wistfulness that seizes liberals reflecting on 1965.