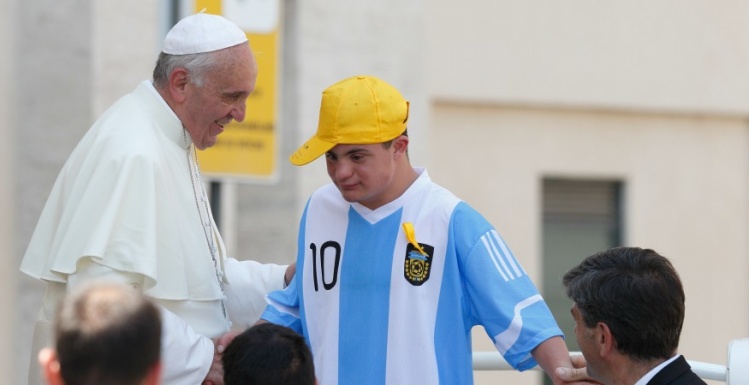 It’s a strange time for people with disabilities. Among the general public in most developed countries, there is more knowledge, awareness, and acceptance of disability than ever before. Technological breakthroughs have transformed what were once disabling environments into enabling, supportive ones. New insights into how the human brain and body function have radically changed therapies, educational strategies, and the medical management of disability. The United Nations and the World Health Organization now see disability as a human-rights issue.

At the same time, and in the same developed countries, Richard Dawkins tweets that to knowingly give birth to a child with Down Syndrome is gravely immoral. Parents who get a false negative on an amniocentesis test may sue their doctor for wrongful birth and win. And, as demonstrated in a recent case in the United Kingdom, parents may legally kill a child with disability who is suffering severe and uncontrollable pain.

The case involved Nancy Fitzmaurice, a young British girl with severe developmental disabilities. Judging from all the evidence, she was doted on by her family; in photographs, from her infancy until shortly before her death, we see a happy, well-cared-for child. But complications from an operation at the age of twelve left her with intractable pain, which increased whenever she was fed.

She was admitted to London’s Great Ormond Street Hospital, an institution legendary for the quality of its pediatric palliative care program. When doctors there were unable to control Nancy’s pain, which her mother, Charlotte, described as “horrific, agonizing, and fearful,” they agreed to withhold food; the law did not allow them to withhold water. They told Nancy’s parents that it could take as long as four months for her to die—four months of what they expected to be unremitting pain. Charlotte then went to court to win the right to withhold all nourishment from her daughter, including water. She won the case. After two weeks of what must have been even more intense pain—starvation is a horrible way to die—Nancy passed away.

This happened in August, but the story did not break until early November—and then, initially, only in the tabloid press. The spin was remarkably positive, albeit emotionally high-pitched, verging on the hysterical. Charlotte Fitzmaurice was practically beatified in every account I read—her devotion to her child and the sacrifices she had made for twelve long years were always the focus. I don’t doubt her devotion, but I did think it was an odd way to couch a story full of moral complexity and ambiguity.

Whatever the circumstances, however compelling the justifications, the fact remains that this is a story about a child killed by her own parents and doctors. It is difficult to imagine a similar story being written about a child who had been perfectly normal before the pain began. The parents say they made their decision because of the pain Nancy was suffering—and I believe it—but every story I’ve read focused not on the pain of Nancy’s last days but on her disability. According to the Daily Mirror, “Nancy was born blind with hydrocephalus, meningitis, and septicemia. It meant she could not walk, talk, eat, or drink. Her quality of life was so poor she needed twenty-four-hour hospital care and was fed, watered, and medicated by tube.”

This sort of hyperbolic language is typical of the press’s descriptions of Nancy’s life and it reflects the ignorance that many share about disability. Tube feeding, for example, is usually mystified and made to seem like a complex medical drama that can be managed safely only by trained nurses and doctors. In fact, it’s a simple, effective intervention that an average ten-year-old can cope with (I know a bright seven-year-old who handles it with ease) and that can radically transform the life of a person who has difficulty swallowing. Once mastered, it fades into the background, much like any other kitchen miracle (making toast, preparing tea). For some reason, however, the press and the public prefer to keep disability strange and inaccessible; to make parents of disabled kids into saints—noble and long-suffering—and to accept and justify whatever actions those parents choose to take. Who can question a saint?

By that measure, my husband and I are saints too. Our severely disabled daughter is twenty-five now, and we’ve been caring for her for almost half our lives. But, public opinion or press squawking to the contrary, that doesn’t make us the last word on what is in her best interest. Like anyone else, we sometimes lapse into self-interest and sheer exhaustion. That is precisely the point at which we rely on everyone else to remind us why we are here and what this is all about. We need to hear again about all the amazing new ways the world has discovered for our daughter to be a part of it. We need to be reminded that she is fearfully, wonderfully made and that she is OK as she is. And if she’s in pain, we need help to accept that we all suffer pain at times and that we get through it. We get through it with the help of a community—and only with that help. And perhaps others need help to remember that “community” means them. We are all in this together. What the parents of kids with disabilities really need is support, not beatification.