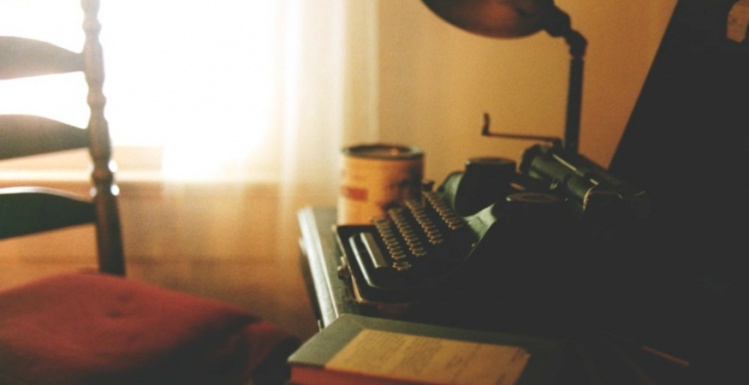 I think a lot of us turn to reading old favorites around Christmastime, maybe a volume of Dickens or P. G. Wodehouse, though I do know one person who goes a-wassailing with Karl Barth’s Church Dogmatics under his arm. But if going back to something isn’t your thing, as it’s not often mine, you might try the vicarious satisfaction of Patricia Meyer Spacks’s delightful book On Rereading (Harvard, $25.60, 304 pp.). Her yearlong self-imposed task of rereading dozens of books from her earlier life shows clearly that the book doesn’t change, we do, and that’s why rereading can be revealing, even at times disturbing. We meet the book again, but it’s our younger self who is actually confronted. And it is this encounter between who one was and who one is, mediated by a text that itself doesn’t change, that makes the whole thing so fascinating.

Spacks goes through a lifetime’s reading and provides chapters on books she should have liked but didn’t—and in some cases still doesn’t—and on “guilty pleasures,” where Jeeves and Wooster show up, though this is surely one of the most innocent of guilty pleasures. Beware, you may be enticed into rereading—and so into meeting your younger self.

Olivia Laing might be a little young to look back on a lifetime of reading, but she is obviously an old soul with a wise head—and an encyclopedic knowledge of botany. This is clear from To the River: A Journey Beneath the Surface (Canongate, $15.95, 304 pp.), in which she recounts walking the length of England’s River Ouse from source to estuary. This was the river in which Virginia Woolf drowned herself in 1941, and she and her husband Leonard are never very far from the reflections on literature, history, and the flora and fauna of Sussex that are the book’s main feature. But To the River is also graced by an element of autobiographical frankness: Laing is evidently working through the end of a failed romance and regretting the loss of a very good job. I don’t know what happened to her love life, but I am pretty sure that she no longer needs the job. This book is a charmer, and she has followed it up with a similar mix of literary figures, travel, and history in The Trip to Echo Spring: On Writers and Drinking (Picador, $26, 353 pp.). Here she crisscrosses the United States on the trails of John Cheever, Tennessee Williams, F. Scott Fitzgerald, Raymond Carver, and other writers for whom alcohol was sometimes a muse and sometimes a demon. Among the most moving accounts is that of the Iowa Writers’ Workshop encounter between an aging Cheever and a much younger Carver, though one doesn’t know whether to laugh or weep at the tale of their buying Scotch (half a gallon) at nine o’clock in the morning.

Richard Rodriguez’s latest volume of essays, Darling: A Spiritual Biography (Viking, $26.95, 256 pp.), takes us in an altogether different direction. Do not look for the linear approach of standard memoir; this is more a loosely connected compilation of essays, all written since 2001. In his luminous prose Rodriguez examines the relationship of the three Abrahamic religions, Las Vegas, God, love, cancer, César Chávez, the impact of AIDS on his friendships, and faith—not necessarily in that order and not always separately from one another. My favorites among the essays are the complex prose-poem on love—which is both too painful and too beautiful to summarize—that gives its name to the title of the collection, and his eulogy for the age of the newspaper, “Final Edition.” He admits he still subscribes to three national dailies but as he picks them up he notes their thinness, observing that “the three together equal what I remember” in any one of them in years past.

As a lefty sort of gay Catholic, Rodriguez can be expected to be acerbic about some aspects of the church, and he does not disappoint. Criticizing it for denying him “genuine affective complementarity,” he says: “What I will not countenance is that the church denies me the ability to love.... If that is the church’s position, the church is in error.” It would be good to know if the era of Pope Francis changes anything for him. But the most reassuring sign of his spiritual health does not lie so much in the wisdom and profundity of the best of these essays as in his decision to dedicate the book to the Sisters of Mercy. Obviously his head is screwed on correctly.

Finally, back to another youthful writer, albeit one telling the story of a dead man. The gifted young ecclesiologist Massimo Faggioli took time off from theology last year to pen a wonderful brief biography, John XXIII: The Medicine of Mercy (Liturgical Press, $12.95, 154 pp.). Most of those who remember Pope John and all of those who know him only as a name focus naturally enough on the revolution in the church’s self-understanding that he ushered in; relatively few know how and perhaps why he reached that point. But those who wish to know more and do not have the time to read the fine but lengthy work of Peter Hebblethwaite (John XXIII: Pope of the Century), written over twenty years ago and revised in 2005, now have Faggioli’s brief one hundred and fifty pages. Faggioli covers the whole span of Angelo Giuseppe Roncalli’s long life, giving equal attention to each phase of his development. Though short, his book is not in the least superficial. Faggioli had access to much recently published material from the pope’s diaries, and he has succeeded in producing a work that is at once appealing and learned. Not a word is wasted, and you can read the whole thing while the turkey is roasting.

For a complete listing of Christmas Critics, click here.