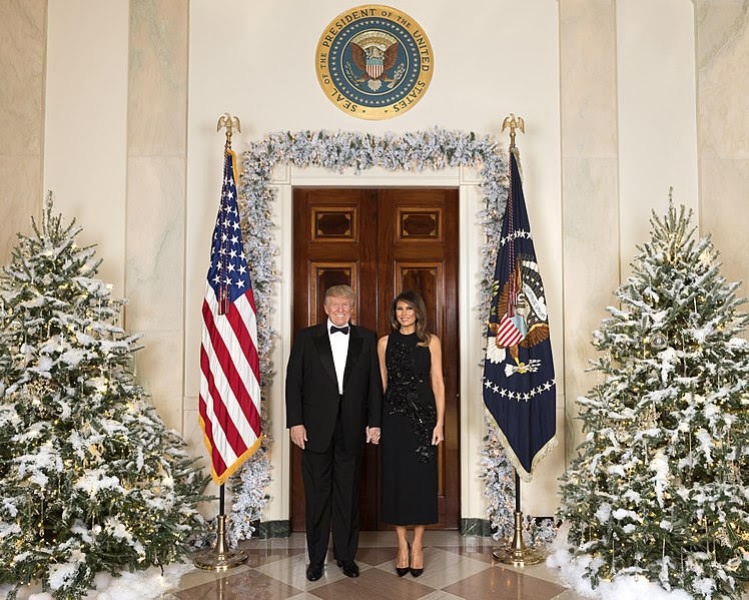 A few days after the October 27 mass shooting at the Tree of Life synagogue in Pittsburgh, I scrolled through the headlines of a major newspaper to catch up on the latest horrors. Near the top were several stories about the aftermath of that attack, including President Donald Trump’s visit to Pittsburgh despite community leaders’ requests that he stay away. I read again about how the murderer had reportedly shouted, “All Jews must die!” as he killed eleven people and wounded seven others. And then I scrolled down a bit more and saw a photo of red-and-green coffee cups from Starbucks, with a headline that asked, “Are these cups Christmassy enough?”

The War on Christmas, as you know, is an annual ritual in which American conservatives fret and fume about the alleged disappearance of Christmas and its trappings from the public square. The whole thing is obviously ridiculous—Christmas is not threatened, and neither is the supermajority that white Christians maintain in this country. When the complaints swelled in years past, I sometimes wrote about them, but more often just rolled my eyes and laughed it off. I have only so much energy to burn during the holidays, and I don’t like spending it getting angry about bogus reasons to be angry.

There is another war on. It has led to actual deaths. And white Christians are not its targets.
sharetweet

I can’t laugh it off anymore. Now I know even the pettiest forms of white racial resentment can be dangerous. Fear and hatred of minorities has led to lethal violence more than once during the Trump administration, and Trump, for his part, seems basically fine with that. He spent the months leading up to the November midterms warning about the hordes of foreigners trying to “invade” this country and undermine our elections. Marginalized communities now live in justifiable fear of being deported, targeted, and attacked by agents and supporters of the government. In such an environment, it is worse than insensitive to whine about a lack of explicit references to Jesus in public spaces. It is complicit in hate.

If the War on Christmas has become an annual tradition for you—if December in your home is a monthlong festival of imagined slights to sulk over—harken to the glad tidings of John Lennon and Yoko Ono. War, or at least that war, is over! Trump himself says so. “We’re saying ‘Merry Christmas’ again,” he has boasted, because he is a president who gets results.

If it helps you to think that Trump is somehow responsible for the return of Christmas cheer to America, then fine, believe that. The important thing is accepting that Christmas is not under attack. Because there is another war on. It has led to actual deaths. And white Christians are not its targets.

So, please, stop simmering when you see “Season’s Greetings” on a sign in a store. No more grumbling about how “Hanukkah isn’t even that significant of a holiday.” Do not share that Facebook image about how Barack Obama celebrated Kwanzaa, but Trump at last has returned a Christmas tree to the White House, because it’s only lies—you must know it’s lies. Recognize that the whole War on Christmas campaign was never anything but an excuse to provoke white Christians and marginalize and intimidate already vulnerable groups. And then pledge not to go along with it.

The U.S. bishops have written a welcome pastoral letter on combating racism, “Open Wide Our Hearts,” that should be read and preached on in every parish this Advent. It takes its title from a saying of St. Katharine Drexel: “Let us open wide our hearts. It is joy which invites us. Press forward and fear nothing.”

How much more joyful our Christmas preparations could be if we stopped being afraid that “they” might steal what’s “ours.” There are so many things worth getting upset about, so many reasons to be somber this holiday season. People are dying, victims of avoidable tragedies. Hate crimes are on the rise. The president refuses to denounce his racist supporters and advisors and continues to spread anti-Semitic smears and slogans. The government is immiserating immigrant and refugee families just to show that it can. When you hear the angels of the Gospel say, “Do not be afraid!” think of everyone who is more afraid now than they were two years ago. Think of the neo-Nazis who marched on Charlottesville shouting, “Jews will not replace us!” And then think of the Tree of Life victims and their families. They deserve so much more from the rest of us than wishes for a Merry Christmas.