Trust Down and Partisanship Up, Around the World
By E. J. Dionne Jr.
Columnists
Domestic Affairs
Foreign Affairs 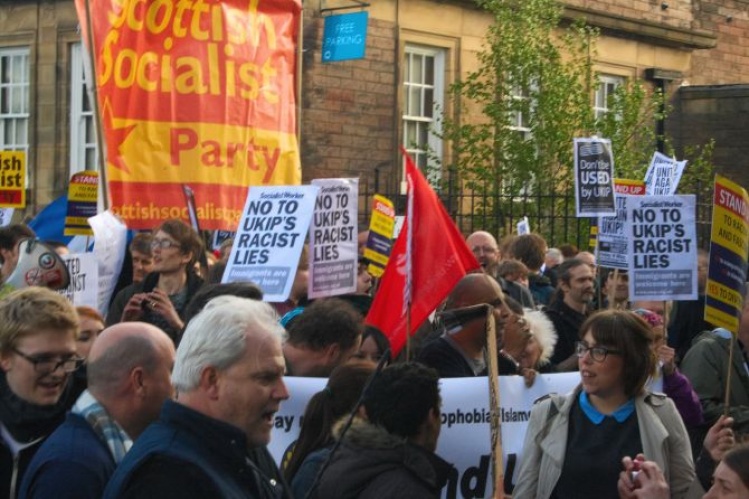 The world’s democracies, perhaps especially our own, face a peculiar set of contradictions that are undermining faith in public endeavor and unraveling old loyalties.

There is a decline of trust in traditional political parties but also a rise in partisanship. A broad desire for governments to reduce the levels of economic insecurity and expand opportunity is constrained by a loss of confidence in the capacity of government to succeed. Intense demands for change are accompanied by fears that much of the change that is occurring will make life worse for individuals and families.

These crosscurrents are undercutting political leaders and decimating political parties with long histories. In Europe, movements on the far right and left (along with new regional parties) gain traction with disaffected citizens. Concerns about immigration reflect uneasiness among some over the social and cultural tremors in their nations. At the same time, discontent about the economic decline that afflicts regions not sharing in the global economy’s bounty calls forth protest against the privileged and the well-connected. In both cases, anger is the dominant emotion.

The convergence of these forces is especially powerful in Britain, which holds a national election on May 7 and where neither of the long-dominant Conservative and Labour Parties is likely to win a parliamentary majority. In 1951, the two parties together secured 96.8 percent of all the votes cast. This year, they are struggling to reach a combined 70 percent.

In Scotland, long a Labour stronghold, the pro-independence Scottish National Party could take as many as fifty of the region’s fifty-nine seats, which would block British Labour leader Ed Miliband from securing a majority. But Miliband, who has run a better campaign than his foes expected, could still end up in power, partly because Prime Minister David Cameron’s Conservatives are hemorrhaging votes to the UK Independence Party, which is critical of both immigration and the European Union.

In Greece, the traditional social democratic Pasok party was nearly destroyed after the country’s economic collapse. The left-wing Syriza party took power this year because of deep frustration with economic austerity and anger over the terms being set by the European Union for a financial rescue. Far-right parties have gained ground in France and even in usually moderate Scandinavia.

In the United States, partisan splits have rarely been so deep and acrimony across party lines so intense. But these feelings don’t come from wildly positive views about the parties voters embrace. In a widely discussed paper released earlier this month, Alan Abramowitz and Steven Webster, Emory University political scientists, noted that “one of the most important trends in American politics over the past several decades has been the rise of negative partisanship in the electorate.”

It occurs, they write, when “supporters of each party perceive supporters of the opposing party as very different from themselves in terms of their social characteristics and fundamental values.” Yes, our current form of partisanship leads us to dislike not only the other side’s politicians but even each other.

And the frustrations voters feel provide each camp with ideological rocks to throw at their adversaries. In a PRRI/Brookings survey I was involved with in 2013, two findings locked horns: 63 percent of Americans said government should be doing more to reduce the gap between the rich and the poor, but 59 percent also believed government had grown bigger because it had become involved in things people should do for themselves. We want government to do more about injustice, but we also seem to want it smaller.

Stanley Greenberg, a Democratic pollster, argues in the current issue of The American Prospect that this tension is partly explained by a widespread view that “special interests” have too much of a hold on government. He argues that voters “are ready for government to help -- if the stables are cleaned.”

This makes good sense, but in the United States, as elsewhere, little of what’s happening in politics is reweaving frayed social bonds. The title of Princeton University historian Daniel T. Rodgers’ revelatory 2011 book, Age of Fracture, captured what’s happening to us. In our era, he wrote, “Identities become fluid and elective,” and if the 1930s, 1940s, and 1950s were a time of political and social “consolidation,” the dominant tendency now is toward “disaggregation.”

This is a big problem for self-government, since aggregating sustainable majorities is the first task of politicians in democratic countries. They are not doing a very good job, and the unfolding 2016 campaign doesn’t inspire much confidence that they’ll do better.