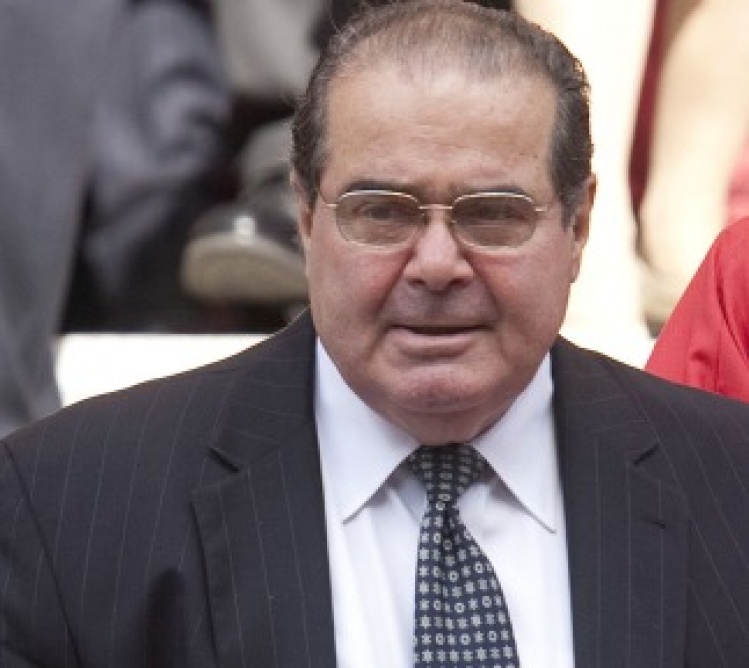 Last December, in the course of an interview on Meet the Press, President Barack Obama was asked about the shootings at Newtown, Connecticut. He reflected that “something fundamental in America has to change.” It was doubtless an aspect of the national ethos that he had in mind, an upshot of violence manifest in gun play that was now to be confronted. He did not add, as he might have, that a peculiar interpretation of the Second Amendment by the Supreme Court formed the background of the outrage.

That interpretation turned on a reading of the Amendment, and the Constitution generally, according to the method of “originalism.” Espoused by Justice Antonin Scalia, supported by a few of his colleagues, the doctrine holds that in interpreting the Constitution we must search out the original meanings of the words chosen by the Founding Fathers and apply those meanings, as best we can, to the problem at hand. Scalia consequently speaks favorably, and provocatively, of a “dead” Constitution. His point is sharpened by a serious concern: less strict methods of interpretation put at risk the Constitution as true higher law, invulnerable to change by succeeding generations and variable semantics. A constitution must, by definition, be proof against such influences.

Critics of the method contend that originalism would lead to “unthinkable” results: states would not be subject to the Bill of Rights, segregation of students by race would be unobjectionable, discrimination against women would be OK, the rule of “one person, one vote” would not be enforced, and certain protective laws would be held unconstitutional. They offer a competing doctrine: making a virtue of what worries the originalists, they accept constitutional change that marches with changes in social norms.

Early in the game, Chief Justice Marshall reminded us that “it is a Constitution we are expounding” (emphasis his), that the document was “intended to endure for ages to come and, consequently, to be adapted to the various crises of human affairs” (McCulloch vs. Maryland, 1819). Marshall was telling the men of his day, and of posterity, that the text must, on occasion, “adapt” and take contemporary meaning into account. As Justice Holmes urged a century after McCulloch, “we must consider what this country has become” in deciding the meaning of constitutional text (Missouri v. Holland, 1920)—he was speaking of the Tenth Amendment. That is the modern doctrine, favored by much of the academy, of the “living Constitution.” But in the leading case on gun control (District v. Heller, 2008), it was originalism that prevailed.

Justice Antonin Scalia’s opinion, joined by only four of his colleagues, is loaded with eighteenth-century references. In addition to Dr. Johnson, Scalia cites a 1771 legal dictionary by Timothy Cunningham for its definition of “arms” as “any thing that a man wears for his defense,” as well a 1794 thesaurus by J. Trusler, which says all firearms constitute “arms.” That has some validity, but here is what the Second Amendment actually says: “A well-regulated Militia, being necessary to the security of a free State, the right of the people to keep and bear Arms, shall not be infringed.” We no longer speak of militias, but here is how Adam Smith defined them in 1776: The state, he wrote, may “oblige either all the citizens of military age, or a certain number of them, to join in some measure of the trade of a soldier to whatever other trade or profession they may happen to carry on.” In short, the militia was a reserve of part-time soldiers. The prefatory clause of amendment tells us what the next phrase, the operative clause, is about: a militia is necessary. That is why the people have the right “to keep and bear arms.” These part-time soldiers lived at home, where they were expected to “keep” their arms. Given that the prefatory clause provides the context, “bear” cannot mean to “carry freely wherever one wants,” but to bear in the service of a militia.

Yet the Court held that the prefatory clause did not limit the operative clause, citing early texts on statutory construction. That misconceived originalism killed the District’s defense: because the preface did not enter into the operative clause, Heller could simply “keep” his handgun at home whether or not he would “keep” it for a military purpose. Indeed, the majority argued, to “bear” arms did not always mean military carriage; it had (rarely) been used in a nonmilitary sense. The Second Amendment thus guarantees the individual right to carry weapons “in case of confrontation.” That’s cowboy talk; it invites ordinary folks to pack heat, from handguns to Bushmaster AR-15s—gospel to the National Rifle Association. Four justices dissented.

Fortunately, the Court added dicta favorable to a degree of gun control. It found that the Second Amendment did not guarantee “a right to keep and carry any weapon whatsoever in any manner whatsoever and for whatever purpose.” It is permissible, the Court explained, to prohibit the “possession of firearms by felons and the mentally ill, or...in sensitive places such as schools and government buildings, or...the commercial sale of arms [or]...carrying dangerous and unusual weapons.” Those dicta make room for regulation at the margins.

The broad public reaction to the shootings at Sandy Hook Elementary School may yield a practical analysis of the Second Amendment by the Court, encouraging the federal government and the states to enact gun-control legislation regardless of originalist theory. The Court follows election returns, as Mr. Dooley said. A sea change in public sentiment may have the same effect.

Campaigning Against the Constitution